So the Mi Band 2 might have a slight delay due to manufacturing reasons, but that doesn’t mean we can’t see the new Xiaomi wearable now thanks to these latest leaks.

Lei Jun himself was responsible for the first Mi Band 2 leaks we saw a few weeks back. That initial image with Lei Jun showed us that the next generation Mi Band would not only be larger, but also feature an LED display and what looks like a physical button.

New images today show us what information the screen can give the wearer and also show a more detailed look at the new fitness band. 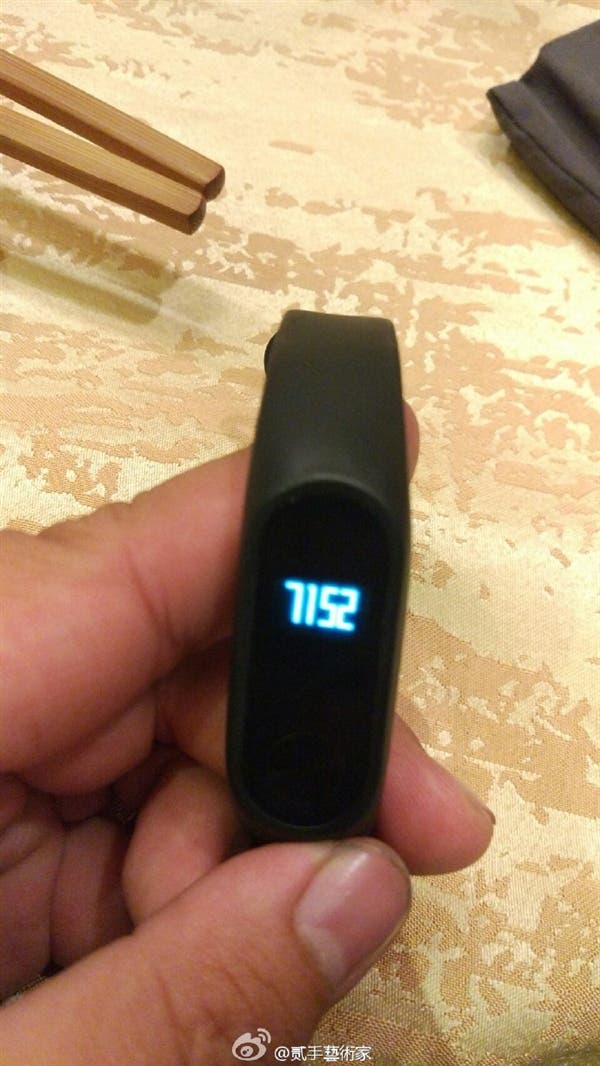 The second gen Mi Band will slot in to a silicone band, like the current model, and feature an optical heart rate monitor on the rear, and LED screen on the front.

The screen will be able to tell the wearer the time, current heart rate, steps and other simple information. As for that physical button, well in these images that area is even less clear, but we assume its a simple method of getting from screen to screen.

Apparently Xiaomi have managed to keep pricing of the new Mi Band low, with sources close to the project promising that it won’t be expensive.

The final product is expected to launch some time in June, keep posted for more details.