It’s been a year already since the Doogee T3 from the Titans line was introduced to the world and now it finally seems like the marathon is getting close to the finish line. Many fans already lost their optimism during the delayed and delayed release but from the latest pictures and info it’s looking like the wait could be worth it.

Doogee claims that the phone went through full year of research and production, which is pretty extreme and suspect to me, but nonetheless should be arriving really soon. The phone will surely stand out from the usual line of suspects, because the design is really unlike anything we have seen before. Leathery back with crocodile black or calfskin brown texture uses real leather and should bring the real luxury feeling, same as the titanium metal used in the frame or the secondary screen integrated to the top edge of the phone.

Hardware specs are still pretty unclear, but according to the latest press release the Doogee T3 should be sporting 13 MPix rear camera with PDAF and image stabilization (OIS ?), while the front camera offers 8 MPix resolution. Audio side of things should be covered by a HiFi professional chip with 4 loudspeakers , personally im pretty curious about that. Phone should be running on Android 6.0 Marshmallow with some added Doogee security features. 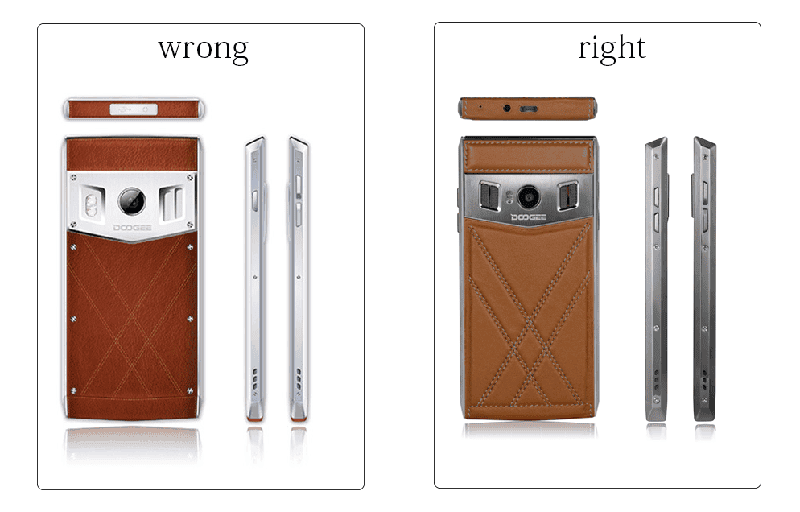 Apparently there are some misleading pictures of Doogee T3 circulating around the internet so the company wants to set the record straight and released picture with the alleged differences and the “real look” video. Now just a one more little detail to release Doogee…the phone itself.

Next Bluboo Picasso Review: Look Elsewhere For A Budget Phone

After delaying, Samsung releases Oreo for the Galaxy J3 (2017)