So what is it like living with a huge screen Xiaomi? Here are my first observations of the Xiaomi Max after the first full day of use.

Yesterday morning I took the Xiaomi Max off charge and took it out for the first full day of real world usage. In my world this meant photos, email, social media, Strava, Google Music, Google Maps etc so basically I would be putting most of the major features to test right out of the gate. I am also interested in some of the battery life claims I’ve heard about the Xiaomi Max too, so I played more video than usual, used Bluetooth more often and generally just really pushed the phone to see what it can do.

Ahead of my first day of use I had already installed Google services and apps on the phone (remember the Xiaomi Max doesn’t come with them out of the box). It’s really simple to do and I suggest anyone buying a Xiaomi phone do it themselves after installing a clean official MIUI ROM (some resellers have been known to install really dodgy software on customers phones). 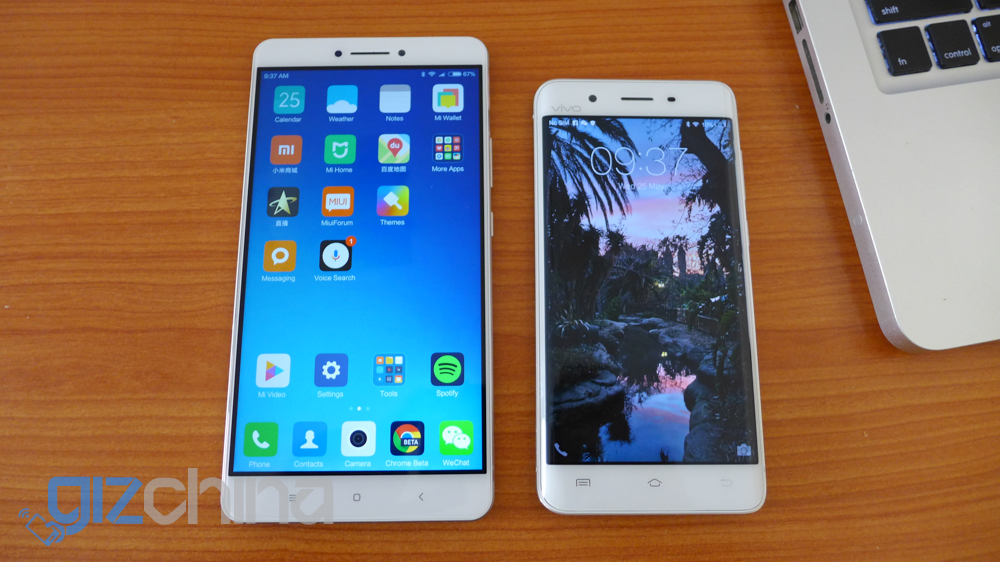 The first test was “Will this phone fit in to my jeans?” and yes it does, just about. At 6.44-inches this is a large phone, but its also quite thin and the body gets narrower to the sides. Believe it or not but the phone is quite comfortable in my pocket with only the top few centimetres poking out. 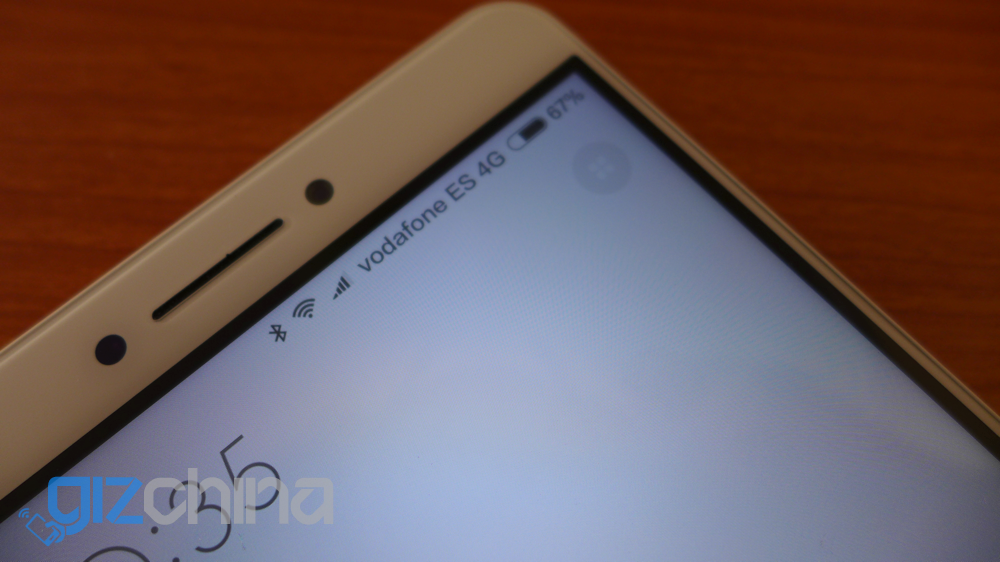 My Spanish Vodaphone SIM is also working nicely so I have LTE, but I couldn’t find a SIM adapter for the 2nd micro slot to place my second SIM inside. 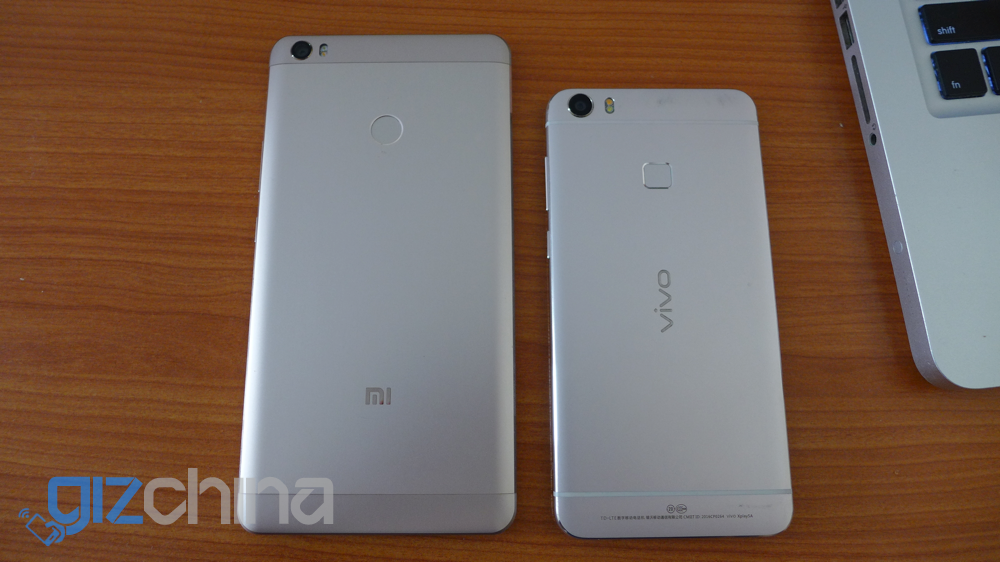 After a morning browsing the web and checking in on social media via a combination of WIFI and LTE I decided to go for a short bike ride, this would also give me a chance to test Android Auto on the phone to see if it works too (it does!).

As I’m still recovering from the flu I kept the ride short but that still meant the Xiaomi Max had to supply music (streamed from Google music over LTE), and record my activity to Strava for an hour. This is when I had my first issue. Starva stops recording when the screen is locked. I’ve had this issue before and resolved it but can’t for the life of me remember how, so anyone with any ideas please let me know.

On the way back from the ride I used Bluetooth and Google Maps for 20 minutes which all worked very well.

After a quick shower and beer it was time to catch up on the happenings of the world with an hour of video from YouTube. Streaming over WIFI video looks really nice on the big screen, but I have to say that the volume and quality of the speakers isn’t the greatest for something that is likely to be used as a media consumer.

Those are the major points of the day, but obviously I made phone calls, video calls over Wechat, sent and received messages and emails, took a few photos etc. 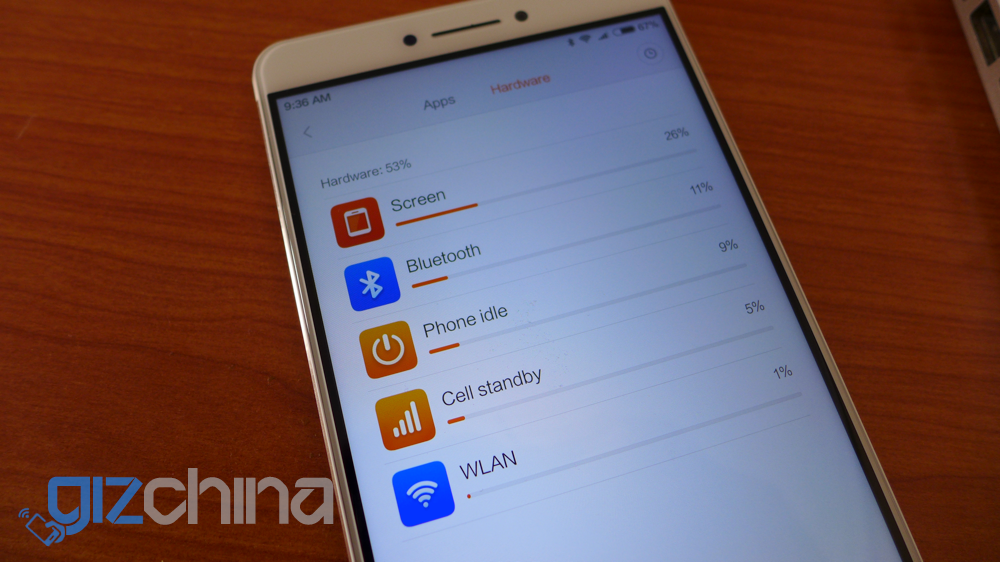 With a full day under its belt the Xiaomi Max now has 67% of battery power left the following morning at 9:25am, and my current screen on time (for that 33% of battery use) is 2 hours 16 minutes. At this rate I probably won’t need to recharge the Xiaomi Max until Friday evening!

One day with the Xiaomi Max

To sum up I’ll write down the good and the bad from my first day experience below;

This obviously isn’t the full review, but as many of you had questions after my first impressions I thought this would be a nice insight to the Xiaomi Max.

Expect the full review of the phone to be up mid week next week, but in the meantime please feel free to ask me if you have any questions about the phone.

Next Xiaomi Mi Drone announced in 4K and 1080p editions