There is a lot of chatter going on around the upcoming Asus flagship phone and how it could be another bargain priced hardware monster! Just look at these specs.

In the run up to the Zenfone 3’s launch we have heard plenty of rumours, but the one which has really stuck is the idea it might launch with a Snapdragon 820 and other high-end kit at a nice and affordable price point.

Well a recent GFXBench discovery gives us something to go off, with the confirmation of the top tier Qualcomm chipset along with some other goodies. 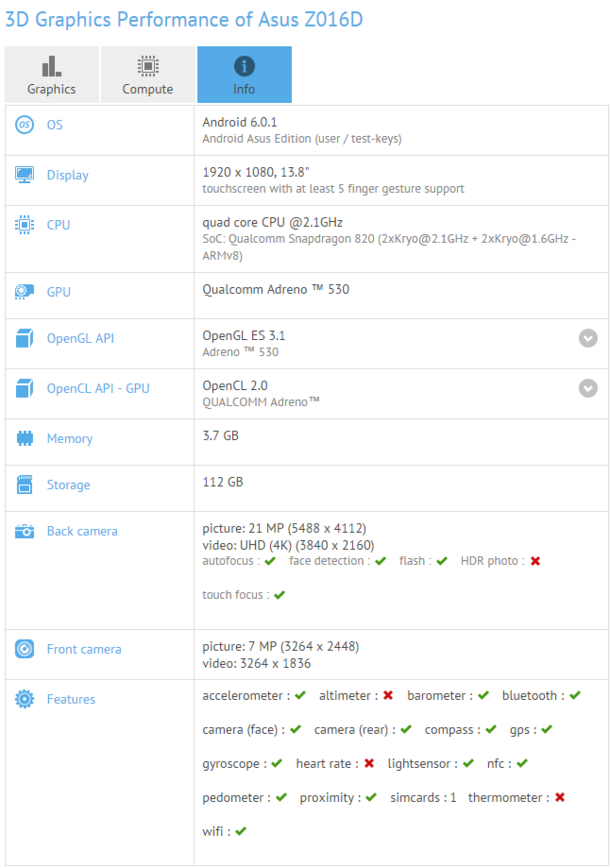 This version of the Zenfone 3 is believed to be the Deluxe model, which could mean a lower end version is in the works and perhaps even an ‘ultimate’ with more RAM is on the way too.

As for pricing, we are not sure yet, but Chinese sources are suggesting pricing of around 2400 Yuan which is around $365.

Previous OnePlus 2 owners get another Marshmallow based Beta

Next ZUK Z2 invites include a Snapdragon 820 chipset