There is now no doubt in our minds that the ZUK Z2 will feature a Snapdragon 820 chipset, but the real question is why?

ZUK had already released the ZUK Z2 Pro with high-end features including a 5.2-inch display, Snapdragon 820 chipset and 3000mAh battery, and in an odd twist the standard Z2 looks to get much of the same.

While we originally believed the Z2 would come with lower end hardware and a smaller screen to keep pricing down, we have now discovered the phone will feature the same Snapdragon 820 chipset, only a slightly smaller 5-inch display yet a larger 3500mAh battery! 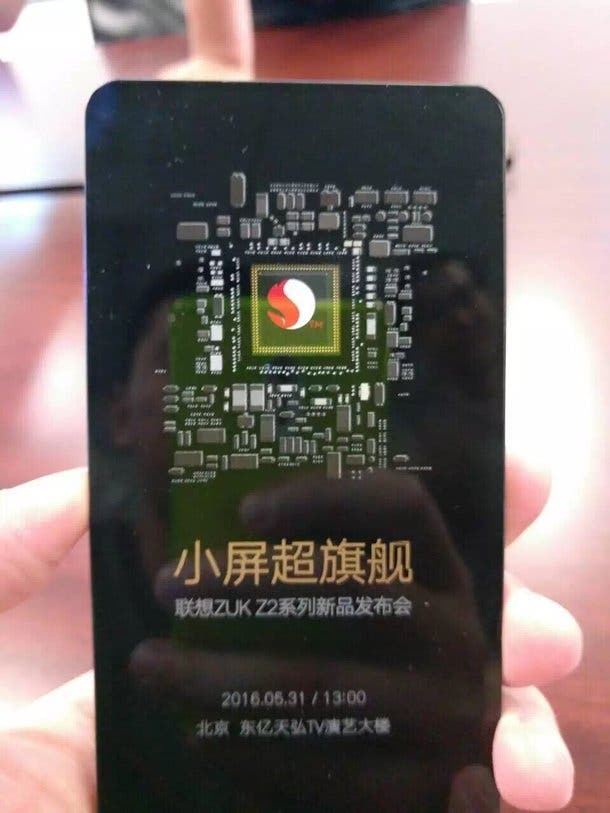 Other features for the Z2 include a front fingerprint scanner, 13 mega-pixel rear camera, and 8 mega-pixel front camera.

On the face of it this looks like a rather odd move by ZUK and we wonder what actual major differences between the new phone and Pro are going to be. Our only guess is that the Z2 might not get the same 10 health sensors as the Pro, and perhaps benchmarks are seeing the display as 5-inch when in fact it could be 4.7-inch?

What ever the case might be with a lower price and only slightly smaller display it is going to be interesting to see which ZUK customers end up choosing.

Next Budget Oppo A59 passes through TENAA