The ZUK, Lenovo’s sub-brand debuted back in 2015 as the company’s bet to rivalize in the flagship directly in the most affordable high-grade phones specially the ones coming from OnePlus and Xiaomi. However the excellent line of smartphones saw its early death a few months ago, Lenovo’s excuse was the plans to reinvent their smartphones series focusing in launching phones under the Motorola class.

However even with the supposed death of ZUK phones, the company is keeping support for phones under ZUK spectrum as a new update just arrived for the last year released ZUK Z2 Pro. The new update arrived bringing the newest Google Cookie, the Android 8.0 Oreo for ZUK Z2 smartphones inside China. 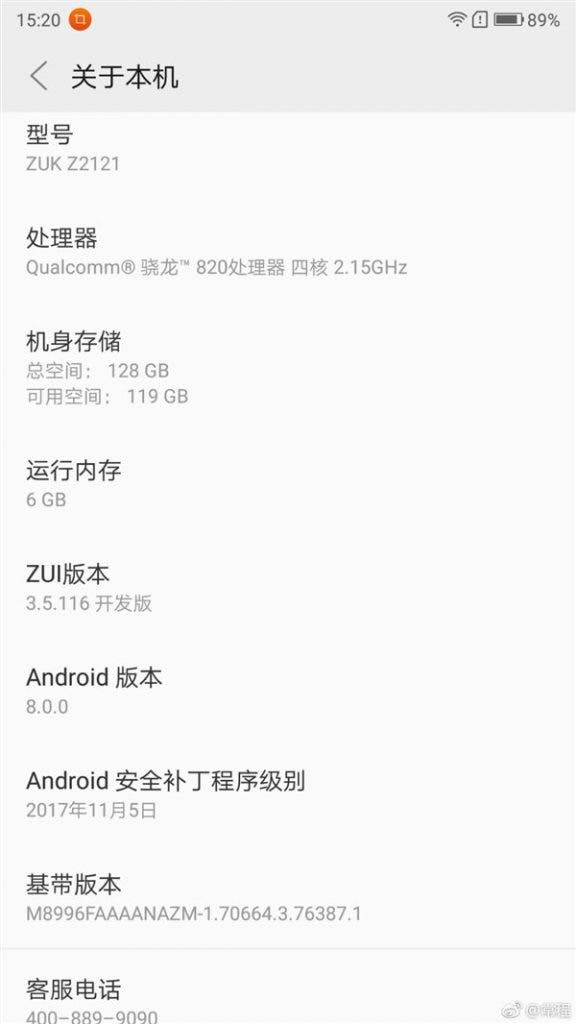 Apart from being under beta segment of releases and being exclusive to the Chinese users, the Oreo update brings the official label in the software. In what concerns to the new release, the software brings a whole new revamped ZUI and brings the latest Google’s November Security patch.

Other features brought by the new update are the picture-in-picture mode, notifications channels, the option to snooze messages and reminders and a rebuilded background doze optimizations for battery consumption.

Its a memorable gift for any ZUK Z2 Pro owners inside China, considering that up to the date few phones have received the 8.0 release, so seeing this in a series that is meant to be ended is something to praise Lenovo for.