ZTE’s latest budget phone costs from as little as $100 with features we would normally see on much more expensive handsets!

Nowhere else do we see hardware come to phones at lower pricing faster than the Chinese tech market, and ZTE’s latest really stands out as a feature packed budget contender.

Generally when we think of good pricing and decent specs we think of phones from Xiaomi, Meizu and Lenovo, but now ZTE are getting in on the action in a big way with the new Blade A2.

Available in 2 versions, the basic 599 Yuan ZTE Blade A2 has features which would have been considered flagship just last year! Highlight of the phone include a 2.5D glass display, 13 mega-pixel PDAF rear camera, and a rear fingerprint scanner. 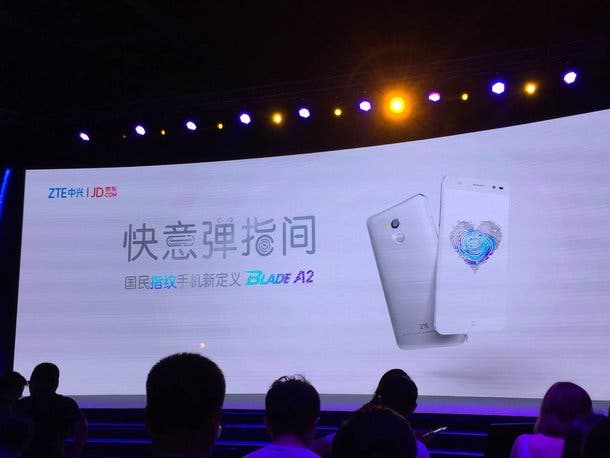 Keeping costs down ZTE have kept RAM to 2GB, internal memory at 16GB, the screen size and resolution to 5-inch @ 720p, a built in battery of 2500mAh and Mediatek MT6752 chipset (which is actually a good one).

The ZTE Blade A2 just launched today, but will be on sale in China through JD.com.

Next ZUK working on their own International ROM, is this the end of Cyanogen cooperation?