Earlier today we posted the first leaked photos of the OnePlus 3, now another OP3 has been pictured but this time booted up and running.

Until earlier today every leak of the OnePlus 3 was render or database based, but today we have had two great leaks that show us how the final phone looks in the flesh, and now what it looks like booted up.

Interestingly this version of the OnePlus 3 is a non production version (you can see by the lack of OP branding on the rear) but it is running Oxygen OS with Google services, rather than the Chinese Hydrogen ROM. 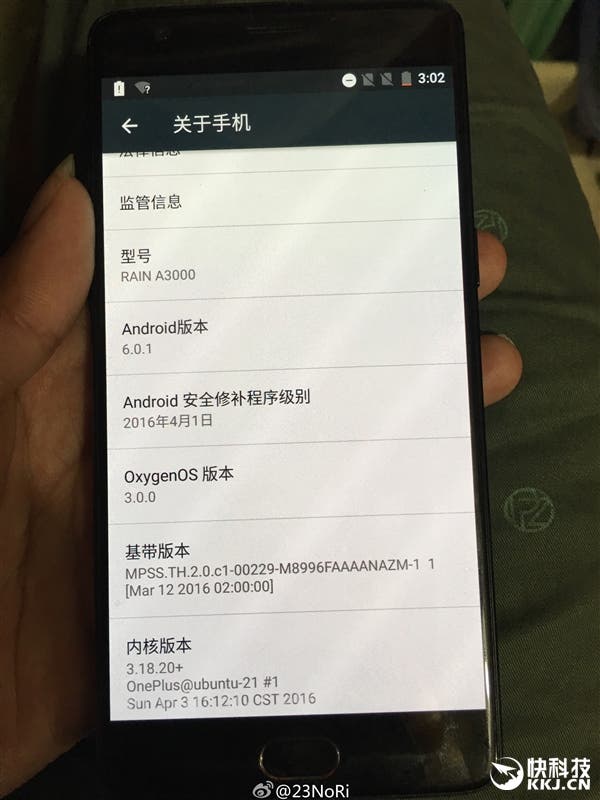 The leaks of the phone show that the device is running Oxygen 3.0 based on Android 6.0.1. We also see that the look of the ROM doesn’t seem to have changed at all from the OP2, but we hope that there are a few new features built in to the system (perhaps the ability to lock apps with the fingerprint scanner?).

In other news OnePlus have just announced that they will be selling the OnePlus 3 at Colette in Paris on the 15th June at 11am, so if you happen to be in Paris go and check it out.

Previous OnePlus 3 real photos surface plus a gold version too