Jide Technology, the makers of the Remix OS, announced two days in the Beijing press conference new tablet model with Remix Pro and seems like Chuwi will follow suit soonish with new 12-inch tablet sporting the new version of the Remix OS.

From the press release i’m getting more or less the idea, that even that the tablet is not specifically named it’s going to be the Remix OS version of Chuwi Hi12 as we reported some time ago.

All the revealed specs like the 12-inch screen with 3:2 aspect ration and 2160 x 1440 pixel resolution, Intel X5-Z8300, 4 GB, 64 GB of expandable storage or 11000 mAh battery are pointing just to that. What’s new are the announced Champagne Gold and Space Grey versions. On one of those pictures we can also see the stylus, but no official word about that.

Most interesting fact is, that from the press release it looks like the tablet will be a dualboot one sporting not just the brand new Remix OS 3.0 based on Android 6.0 Marshmallow, but also Windows 10. Which is quite an interesting combo we haven’t seen before. 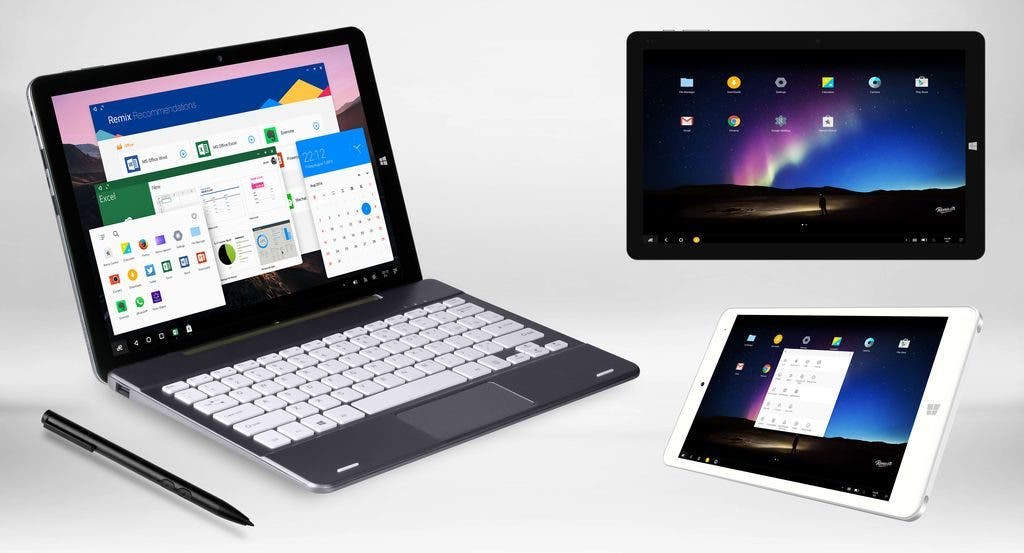 This new 12-inch Chuwi Remix OS tablet should hit the marketin the third quarter of 2016 so still some time to go for that. Price will probably stay the same as with the regular Hi12 around the $250 range.

Next LeEco could launch phones and video streaming in U.S