With a launch date for the phone confirmed yesterday, today a real life photo of the Meizu MX6 has appeared showing a final working model.

To say we are less than excited about the MX6 as we have been of other phones is a bit of an understatement. Over the past few years Meizu have been launching more and more phones than every, but each one has been nothing more than a slight update over the previous with slight physical changes.

Meizu’s lack of inspiration compared to Huawei, Xiaomi and Lenovo who have released all new models with new innovations recently makes the Zhuhai phone maker a little predictable.

For anyone hoping this predictability might end with the Meizu MX6 then I’m afraid you are in for a disappointment as the new MX6 looks just like the current Pro 6, which in turn looks only slight different to the MX5, Meizu Note, MX4 Pro, MX4 etc etc. 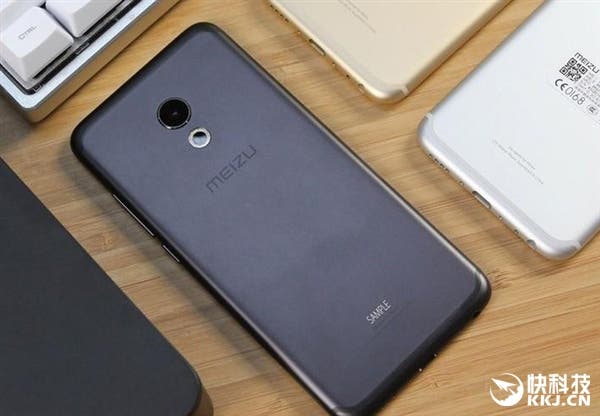 An image of the rear of the phone shows the sale LED ring design as the Pro 6, while the photo of the working phone shows narrowish bezels and a physical home button with fingerprint scanner.

Pricing for the MX6 is believed to start at around 2099 Yuan, a slight increase in price over the MX5 which might be due to upgraded audio hardware.

What do you think of Meizu? Do you wish they would take a few more risks and build something new? Or are you happy with their overlapping machines?

Next Xiaomi launching Yi 4K camera in U.S to compete with GoPro