Could Meizu be planning to launch a smartwatch of their own? Well new leaks certainly suggest that it could be a possibility.

Over the past few days Meizu have been posting teasers of a smartwatch. The first teaser was of some pencil drawn artwork of a device that could be called the “Meizu Run” while the second teaser (today) shows a small square box suitable for a watch.

In the past Meizu had teamed up with InWatch to release the Pi, but that deal didn’t really pan out for the company and the two brands stopped working with each other. Perhaps the reason for that was the development of Meizu’s own watch? 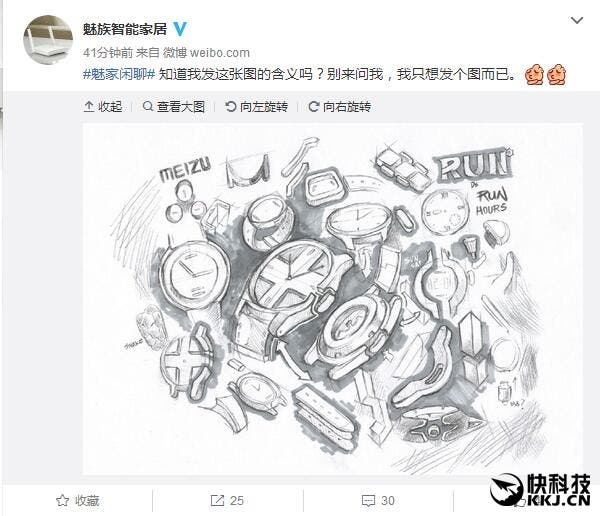 So far the only Chinese brand with a ‘real’ Android Wear wearable is Huawei, which is to be expected as Huawei and Google have a close relationship, however it seems very unlikely that Meizu would be given the same cooperation to build an Android Wear device. Instead whatever the watch might be it will either be based on a full Android build, perhaps a lite version of Flyme, or be a much more simple wearable like the Mi Band.

As Meizu are already teasing boxes for the product, and the fact the brand always seems to be launching something, then expect the final release of this mystery device to come in a few weeks.