One of China’s most innovative transportation projects has had its first public shake down this week. Meet the “straddling bus”.

For those of you who have followed GizChina from the start, you have have a foggy memory of a concept bus for China’s congested roads with a claim it could cut down on traffic congestion by as much as 30%.

For anyone who has been to China, or seen the news even, then you will be well aware that the countries roads are seriously clogged up and that a new method of transport is sorely needed, and what better way to avoid congested road is their than simply going over the top of them?! 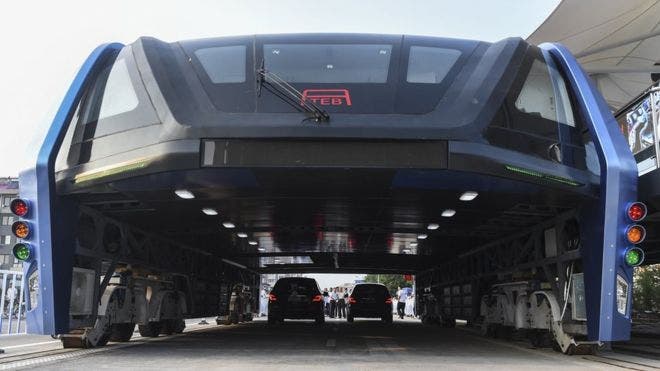 That’s right! China’s concept straddling bus has now become a reality with the elevated vehicle taking to public roads for the first time ever.

The bus rolls along on elevated ‘walls’ which run either side of the road allowing it to drive over traffic jams, or allow cars to drive beneath it when road are clear. 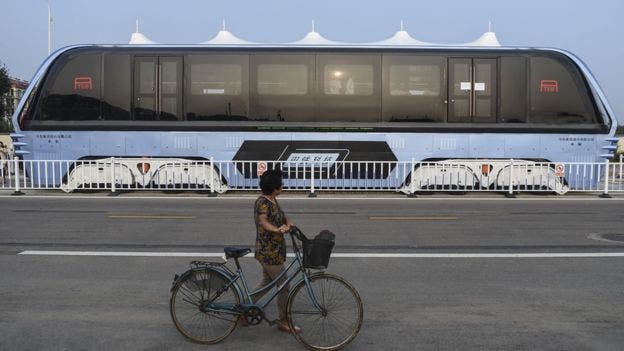 An all electric drivetrain means less smog for inner city Chinese streets and with a huge 300 person capacity the elevated bus hopes to take the place of standard buses and even subways in some of China’s more busy cities.

So far the elevated straddling bus has only made one appearance on Chinese roads, but the test was seen as a success and more could be rolled out in the near future.

Next Purported Meizu E leak looks just like the MX6