The first phone from LeEco and Coolpad will see the light of day on the 16th August, here are more details.

LeEco and Coolpad are two major tech companies, but rather than working against one another they have teamed up and on the verge of releasing their first ever joint smartphone.

So far the only official detail we know about the phone is it’s name. Cool1, and today we’ve learned that the phone will launch on the 16th August during an event in Beijing, but there is a little bit more.

Unofficially and through early TENAA details released to the press, we have already learned that the Cool 1 will be a dual camera smartphone, following in the footsteps of the Redmi Pro and Huawei P9.

TENAA have also confirmed the Cool1 will take advantage f a 5.5-inch 2K display, Snapdragon 820 chipset, 4GB RAM and 64GB memory, plus here’s an image of the rear of the phone. 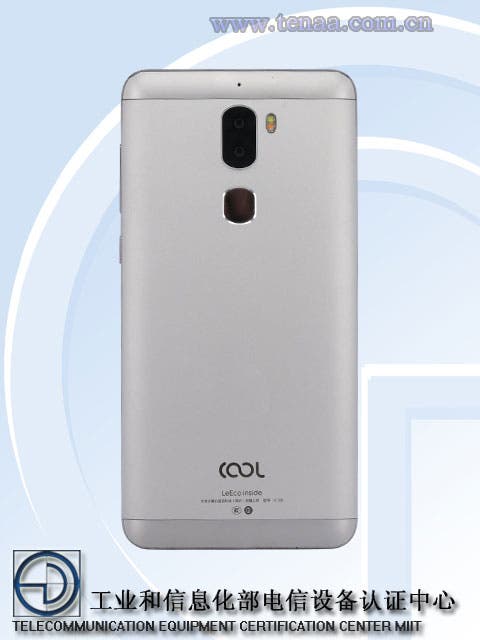 As we can see the Cool 1 is branded as Cool and on the rear it reads “LeEco inside” this to us would suggest that Coolpad are in charge of building the phone, while LeEco work on the hardware or even supply the OS.

With a 2K display and large 4500mAh battery we expect the Cool 1 to appeal to media munchers, but don’t expect pricing to be as low as Xiaomi’s recently launched dual camera Redmi Pro.