If yesterday’s confirmation that ZTE would launch a new phone at IFA peeked your interest then new benchmarks of the Axon Max 2 might keep that flame burning.

So the big news from ZTE yesterday was that they plan to launch a new device (or devices) at IFA. These new products have an audio tilt to them and have been designed using current user feedback. This as much as ZTE told us in their press release, but a new leak today let’s slip a few details.

A benchmark for a phone called the ZTE C2017 has shown up and lists the hardware of a phone that many believe will be the ZTE Axon Max 2. 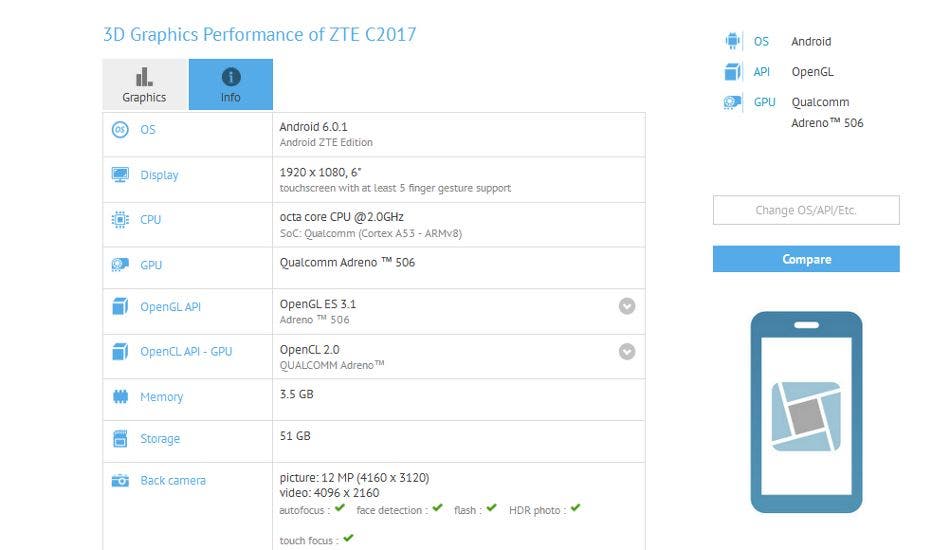 As this is going to be an audio centric phone we believe a HIFI audio chip, amp and dual front facing speakers will all make an appearance too. Think of the Max 2 as a larger Axon 7.

We’re sure ZTE will have more hints and teasers before their official launch so keep posted to the latest news here.

Previous Meizu are also expected to launch a “Meizu Max”

Next Uhans A101 - the best entry level phone for 60 dollars?