Pretty surprising news we had today from Meizu, but there might be more up the sleeve of this phone maker.

After years of making phones that look exactly like one another, today Meizu pulled the covers off their new phones and shocked plenty of on lookers/

It looks like Meizu saw that OnePlus had dropped their OnePlus X, and decided the world needed a Meizu branded clone with Oppo inspired fingerprint scanner to boot, and that is what we’ve actually got.

If you missed it the Meizu U10 and U20 will be 1000 Yuan phones with “premium” build, but who will ultimately cannibalise sales of their ‘M’ range of phones. 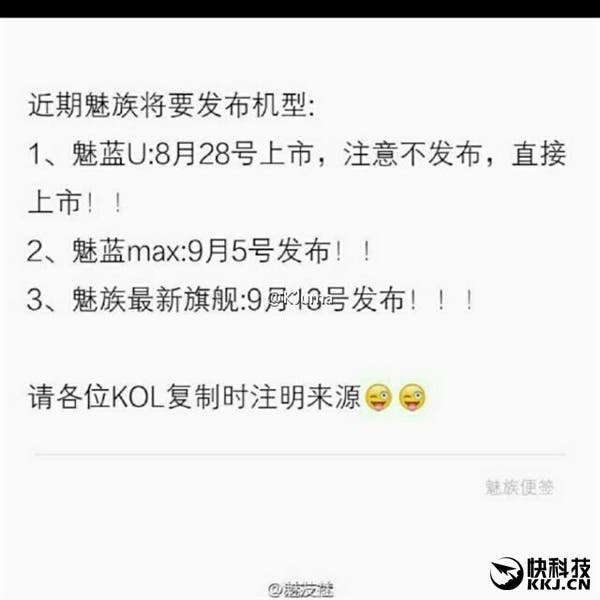 But this isn’t what we are concerning ourselves with here though, what we want to hear about is this mystery Meizu Max? Well apparently Meizu will unveil the Meizu Max on the 5th September with a price tag of around 1499 Yuan and a similar design to the new ‘U’ phones.

Don’t be surprised if Meizu announce Mediatek chipsets, 12 mega-pixel rear camera, and around 3GB RAM as this seems to be the flavour of the month.