Nubia launched the Z11 today and what has surprised us is that they are going for a world’s thinnest title.

Ok, so Nubia aren’t claiming that the Z11 is the thinnest phone ever made, but they are saying that it is the thinnest smartphone with 5.5-inch display currently available. The actual figures come in at 72.3 x 151.8 with a thickness of only 7.5mm.

Nubia hope the Z11 will lure you away from other flagship phones so they have given the handset a Snapdragon 820 chipset, and options for either 4GB or 6GB RAM. Storage various depending on the RAM version you choose, 64GB is the least you can get while 128GB is the max. 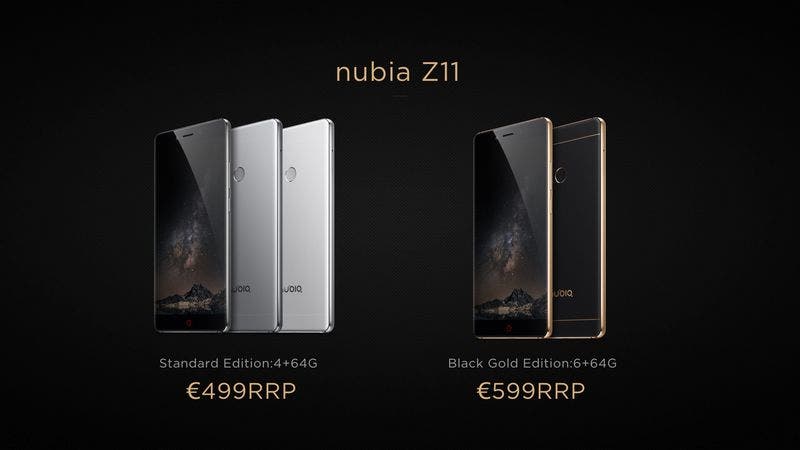 Like other Nubia phones, the Z11 claims to have DSLR rivalling camera quality with OIS and 16 mega-pixel sensor. The front camera is an 8 mega-pixel shooter.

Perhaps the most exciting detail of the Nubia Z11 is the availability. Nubia will launch the phone in the UK, Europe, India, Thailand, the U.S. Mexico and Argentina to name just a few. Pricing for the standard 4GB model will kick off at 499 Euros with the special edition gold and black with more memory will cost you 599 Euros.