Later today we will see Meizu’s first phablet phone launch, but for those who cannot wait here is what we know so far.

Meizu have clearly been influenced by the Xiaomi Max and are too expected to launch a big screen phone later today at a launch event in China. Although the phone hasn’t been officially revealed yet, we have seen early photos and specs of the device to have a pretty clear idea of what to expect.

The Meizu Max will come under Meizu ‘Youth’ line-up named Blue Charm in China, the same range that features the ‘M’ and ‘U’ series phones of affordable smartphones.

However the Meizu Max will be the largest currently available form the company and the biggest Meizu phone ever produced! 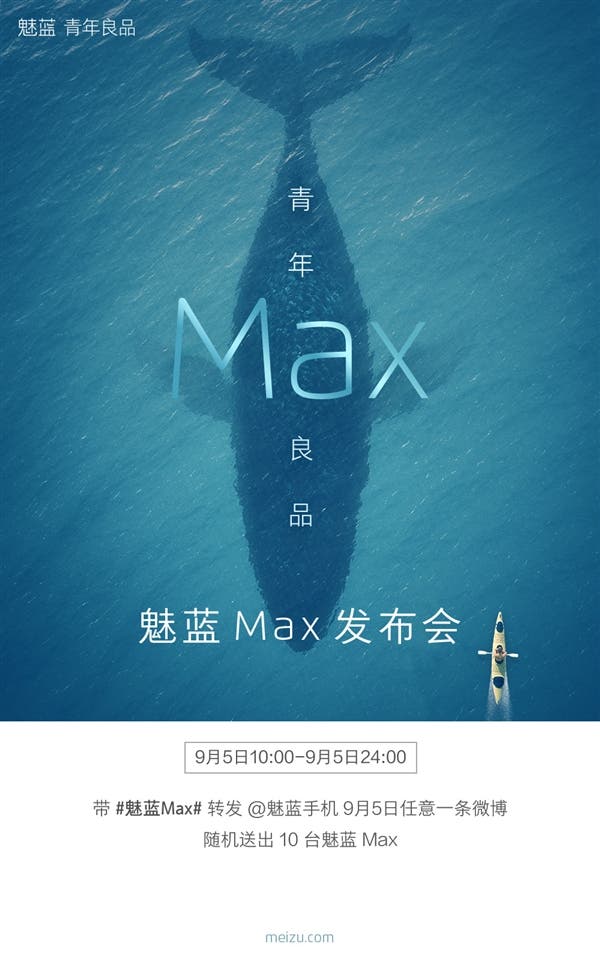 The phablet will feature a 6-inch screen with 3GB RAM, octacore Mediatek chipset, Android 6.0 and options for 32GB or 64GB internal memory. There is also word that a Meizu ‘mStylus’ might also be launched alongside the Meizu Max making the handset a budget alternative to the Samsung Note line-up.

So far we have seen the Meizu Max in Gray, Gold and Rose Gold and apparently pricing will start from 1799 Yuan rising to 1999 Yuan.