We’ve had UAV, and flying drones for a few years now, but what about something for filming below the waves?

Launched at IFA last week, the CCROV is an underwater drone that claims to be the first 4K enabled submergible.

At the time of writing CCROV have only shared photos of the drone with only very limited spec details such as the 4K camera module, quad LED lights, and the fact the drone is made of a light-weight material and is powered by a couple of propellers. 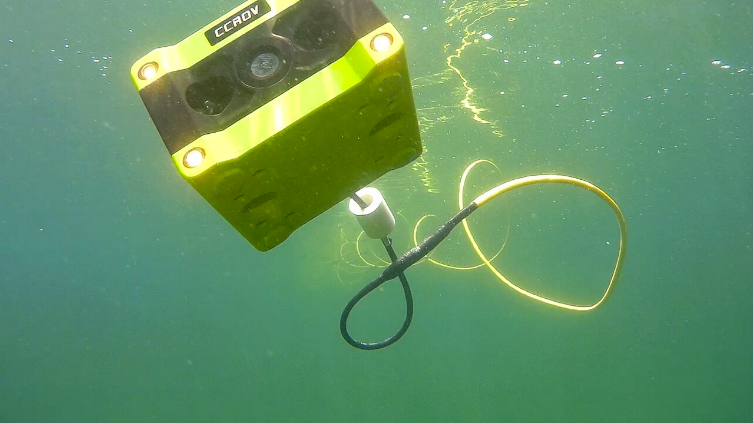 The images also show that the CCROV is controlled via a transmitter similar to that of a high-end drone and connects to a tablet to give you the drone’s point of view.

I’ve sent an email over to CCROV to ask for further details including what depth the drone can operate at, how long the battery will last and is there are any additional special features available on the device.

Unlike a flying drone, an underwater drone only as limited scope of use, so do you see yourself ever wanting one?

Next Update [Video added]: Knock off iPhone 7 Plus listed with dual camera!