We’ve been talking about Xiaomi becoming more international for quite a while now. Hugo Barra — Vice President of International at Xiaomi — himself recently revealed the company’s plans to move into the U.S. smartphone market in the near future.

While that sounds very optimistic (most Xiaomi smartphones don’t even support U.S. LTE bands for now), Xiaomi might still get into the U.S. market in October with the Mi Box, i.e., the set-top box that runs Android TV and supports 4K playback. 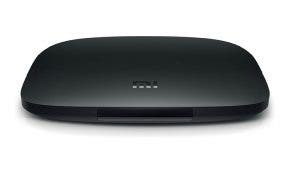 Some info about the Xiaomi Mi Box

The Xiaomi Mi Box is powered by a quad core Cortex-A53 CPU paired with a Mali 450 GPU and 2GB RAM. The device also comes with 8GB of internal storage and can be expanded with external hard drives and flash drives. It supports HDR video and voice commands through a bluetooth remote.

Other than that, the Mi Box features Google Cast support which means you’ll be able to cast photos, videos and screenshots from your smartphone, laptop and computer to the TV.

The Xiaomi Mi Box currently costs less than $99 from Chinese retailers and there are rumors it won’t cost more than that in the U.S. as well.

Previous LeEco Pro 3 could be in the works