Uhans recently released the Nokia tribute phone Uhans A101, but such ultra budget device certainly can’t satisfy the technological thirst of their engineers so they are already working on the next model designated Uhans H5000.

The name itself hints at monster battery capacity and yes it should be really 5000 mAh. That should be enough for most of us energy vampires who like to torture their phones with heavy usage and everything. Allegedly it should last up to 7 days of normal usage on a single charge, 43 days in stand-by mode or 87,5 hours of talk time. Well reality probably will be a bit more modest, but still the endurance will be surely massive. 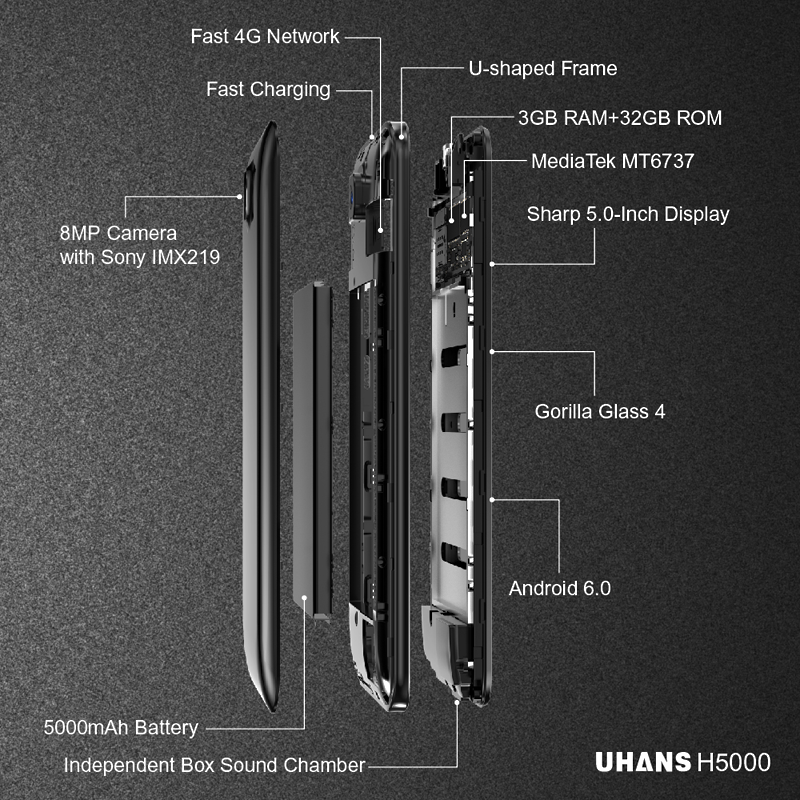 The phone itself while not being ultra budget cost cutting device is once again pretty basic with the quad-core MT6737 processor clocked at 1,3 GHz, 3 GB RAM and 32 GB of storage. At least the 5-inch Sharp panel with HD resolution will be protected by the 4th gen Gorilla Glass. Main camera will be using the Sony IMX219 sensor with 8 Mpix resolution and the front selfie cam will be just 2 Mpix one. Phone will be running on Android 6.0 Marshmallow and will be available in white, gold and slate grey color variants.

Pricing is still a mystery, but quick look at the specs can confirm it surely won’t be expensive. So let’s wait and see to know more about the release date and projected price later on.

Previous Santa will deliver the Android 7.0 update for UMI phones for Xmas