In-cell technology for the display emerged first in 2012 and since then it gained quite some traction and popularity mainly due to its usage in the iPhone models. The cost of the technology is pretty high so not many manufacturers are willing to go for the superior yet pricy tech in their phone. And luckily Vernee with their latest Vernee Mars model are one of them.

So what’s the secret of the In-cell technology ? In-cell displays combine a digitizer and the LCD screen into a single layer which significantly reduce thickness and with lighter and thinner glass layer it goes even further. The Vernee Mars manages to have 81 % screen-to body ration with just 1 mm ultra thin bezels so it’s just a perfect embodiment of benefits of the technology. You can check out the video comparison between display of Mars and iPhone 6 Plus or Meizu Pro 6 below.

Vernee Mars sports all metal back cover and all new arc antenna band, both are similar tothose of iPhone 7. It comes with 4GB RAM, 32GB ROM, octa-core 64bit CPU and 13MP SonyIMX258 camera which supports PDAF. What’s noteworthy is that Mars adopts a side-mounted fingerprint sensor and supports quick charge. 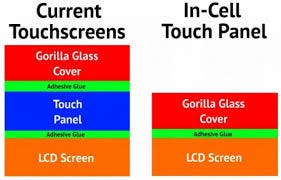 Vernee Mars is priced at $249.99 in retail, but during the presale period you can get it for just $229.99 for example in here. And for more information you can always visit the Vernee official website.

Next Sneak peek into the mass production of Kehan CubeCam