If the smartphone market was a kingdom, THL would be the cats of it. Why? Because the company certainly has more than one life. Multiple times have we found THL to be inactive for months only to spring back with a phone one fine day. Most recently, they pulled it off with the THL T9.

It’s a phone that doesn’t hog headlines or occupy front-page space on retailer stores. We got one to test, and put it for a quick check to see how good it really is.

It might be worth noting that due to a little extra workload, I haven’t been able to use the phone for a full two weeks like I generally like to.

Inside the box, you get nothing fancy. There’s the phone, a USB cable and a charging adapter — that’s it. The phone does come with a pre-applied screen protector, however.

I’m thoroughly impressed by what THL are offering here at a very reasonable price. The phone is available $68 worldwide, which makes it quite a high-value proposition, not just spec wise, but price wise also.

Thankfully, THL weren’t trying to replicate any phone while designing the T9, and thus the phone looks much more original than other devices in its range. Other phones in the sub-$100 usually either go for the Samsung look, or present a very generic face. The THL T9 does neither and offers a very fresh face. 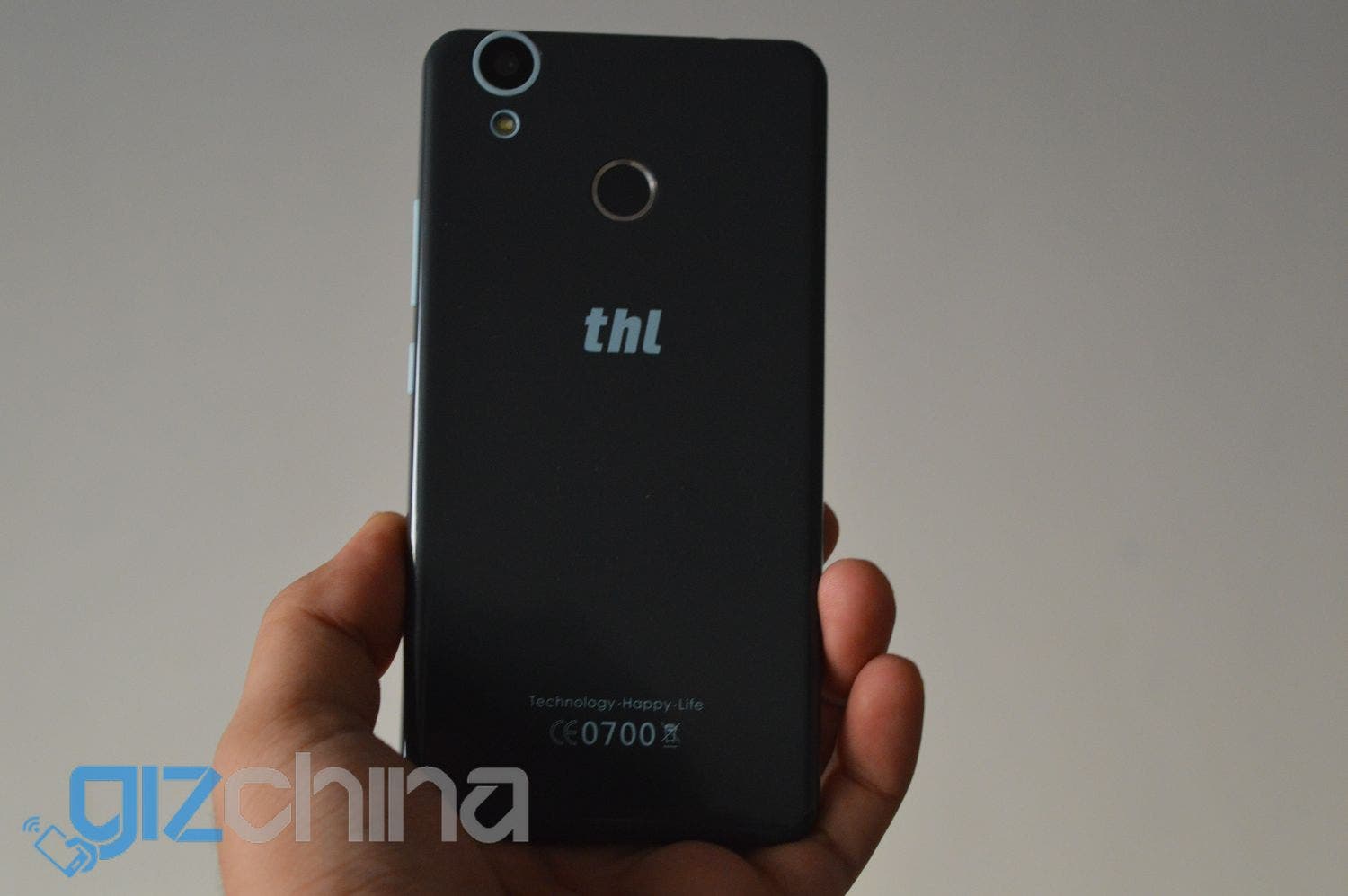 That said, the phone is almost entirely plastic. We’ve been spoilt with some very affordable unibody phones of late, but the THL T9 isn’t one of them. What it is though, is a very slim phone; slimmer than most in it’s range.

It’s rather wide as well, which is understandable because you can’t really expect to have slim bezels and such at a $68 price point. But despite that, the slimness and the curved edges of the phone make it fairly easy to hold and use in one hand. 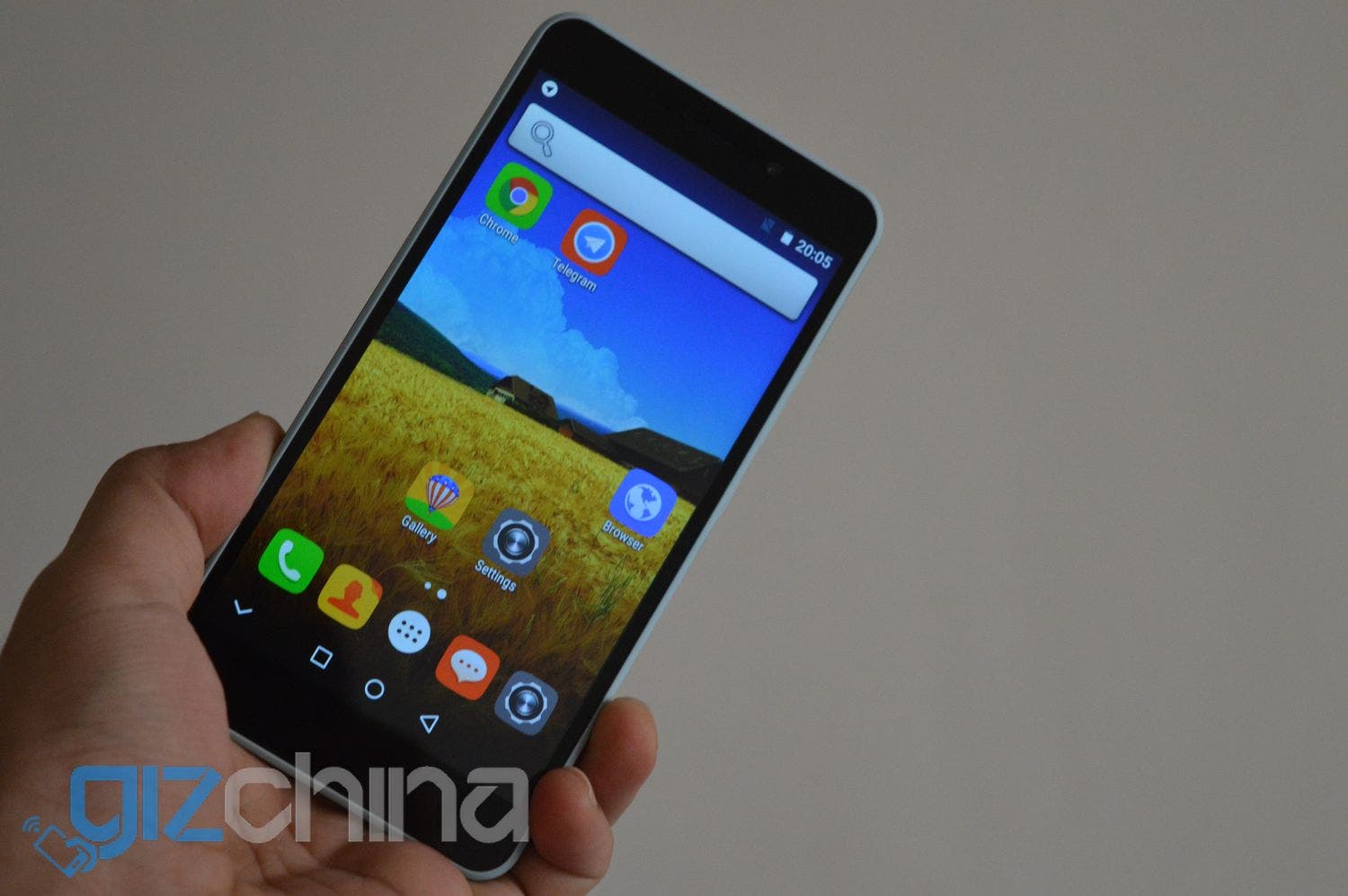 The front of the phone is plain with black bezels around the screen topped off with a shaded lip around the edges. It’s worth noting that the T9 does not have any capacitive home buttons, but rather just on-screen navigation keys.

While the design of the phone is impressive, the build doesn’t seem to be quite at par. The phone feels like it’ll flex easily, and give in any moment. This might be a problem especially if you tend to keep your phone in your back pocket.

On one hand, MediaTek are producing some really high-end chipsets in a bid to snatch the market from Qualcomm. On the other, they’re trying to make sure their grip on the entry-level market isn’t lost.

The MediaTek MT6737 happens to be another entry-level chipset from MediaTek after the MT6735 and the MT6580, both of which started showing up on phones not too long ago. MT6735 phones were generally a little on the pricier side of budget phones, while the MT6580 lacked an on-board 4G modem. The MT6737 aims to bridge that gap.

In a nutshell, im not impressed with this SoC so far. Or to put it this way: THL’s implementation is rather poor.

There are more options in the entry-level market than there ever have been. Prices of older, generally more powerful phones are falling at breakneck speed, and newer, cheaper phones are coming out every other day. In a market like that, I don’t see the THL T9 having a lot of buyers.

The phone, for the most part, is painfully slow. This is made worse by the touchscreen, which is of extremely low resolution and honesty, a pain in the neck. Bear in mind, with the kind of work I do (i.e., reviewing phones), using very entry-level phones is a part of my work and what I’m saying about the THL T9 isn’t just a spoilt Android user complaining.

Coming back to the touchscreen digitiser, it is so slow that swipes across the screen aren’t even registered half the time. I’ve had to swipe right from one edge to the other for the phone to finally realise I’m performing a swipe gesture.

Things are hopefully better on the slightly more expensive THL T9 Pro that doubles up on storage and RAM, but with the kind of experience I’ve had with the T9, I’m not holding my breath in anticipation of the T9 Pro.

The only two things that have impressed are the display quality and the fingerprint sensor. Hey, the mere existence of a fingerprint sensor would’ve been attractive. However, they’ve put one that’s madly fast!

Battery life too isn’t too bad. Getting a day of use was possible on most days, but that’s mainly because I didn’t use the phone to do much…

It’s an absolutely horrible camera that you get on the phone. I’m trying not to sound too explicit here, but the camera is utterly slow to open, and even slower to focus. It’s one of those cameras that you know won’t produce great results right from the moment you first fire it up.

There’s usually a lot of glare too, especially when there’s the slightest hint of dwindling light. Photos also look like they’ve been cropped to 200% despite you not even zooming in. 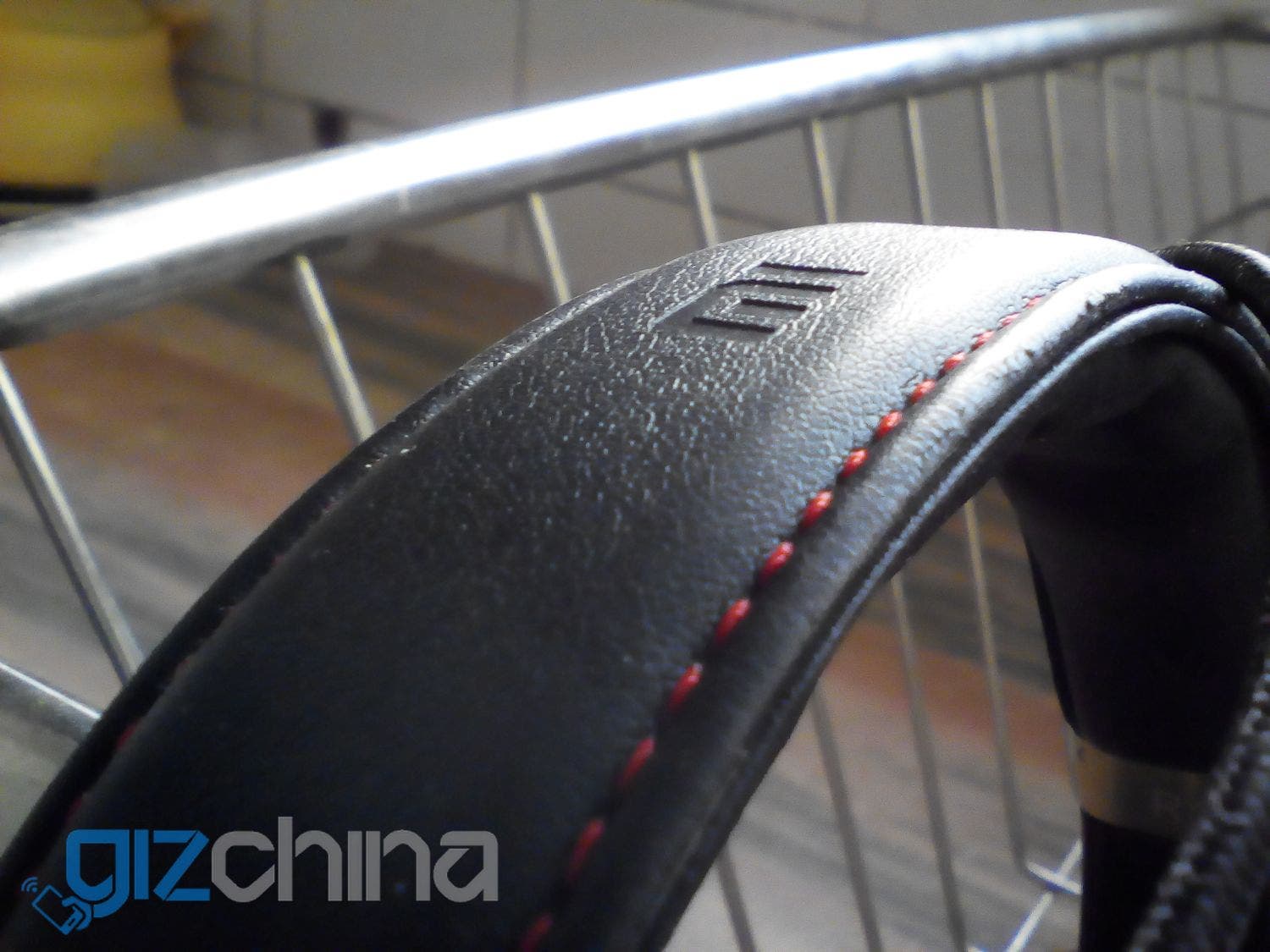 The THL T9 is probably my least favourite phone, one that I really didn’t enjoy using. It’s hard to tell who’s more at fault here, MediaTek or THL; but in my opinion, MediaTek have a fair idea about most of their clients which lack proper resources to develop optimised software. Which is why, I would suggest to-be buyers to stay away from the MediaTek MT6737 for now.

It is a much better idea to invest a few bucks more and get a MT6735 phone instead. If you didn’t get the message yet, I do not recommend buying the THL T9.

We’d like to thank Chinavasion for providing the THL T9 sample for review.