The annual Global Source Exhibition event for 2016 is already a thing of the past, but Homtom are still riding the wave of success following it due to some awards received. Their Homtom HT10 managed to place first as the “Analyst’s choice” and also in the “5 most promising gadgets” China Daily Innovation awards. Not bad at all. 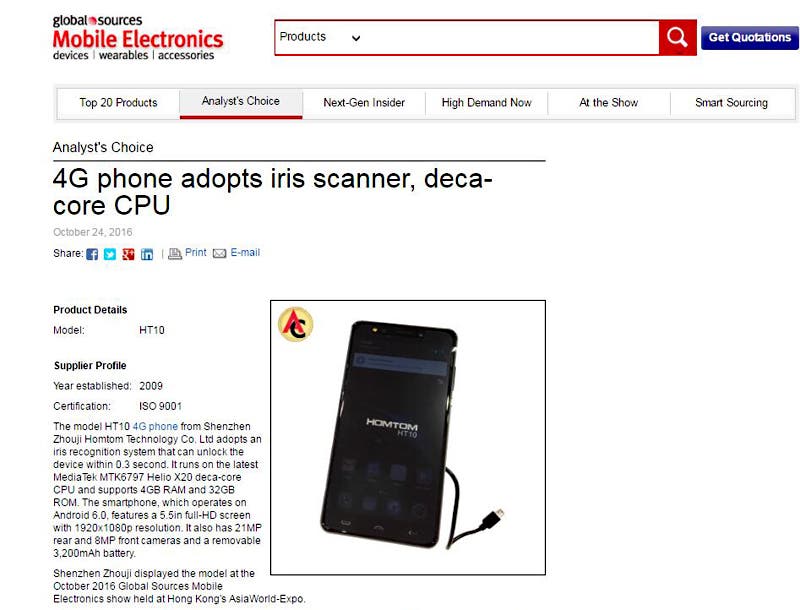 Maybe the HT10 dazzled the audience with the claim, that it’s a first deca-core phone with iris recognition technology on board. Specs include 5,5-inch FullHD display, deca-core Helio X20 processor, rear 21 Mpix camera, front 8 Mpix camera with the iris recognition tech capable of unlocking the phone in just 0,3s. And Homtom HT10 also supports worldwide 4G frequencies so can be used globally. 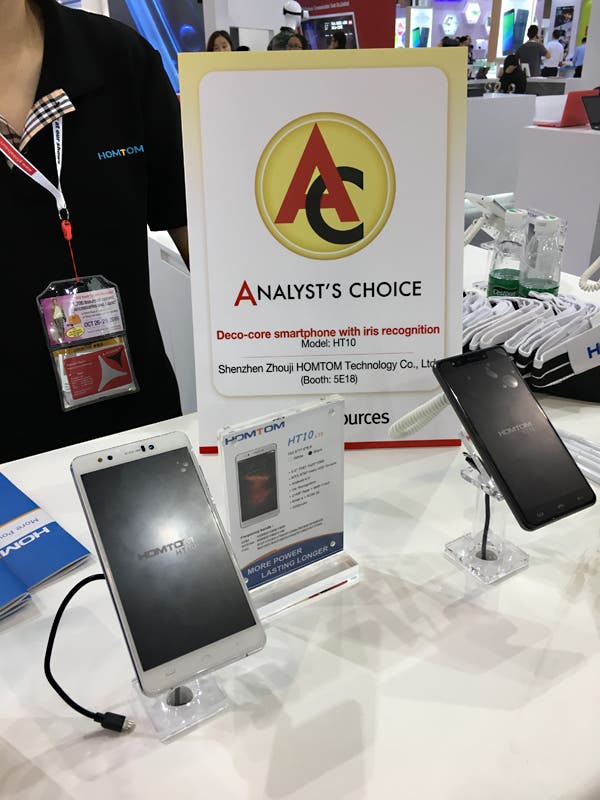 But we have also seen something else interesting at the event, because Homtom revealed for the first time the new upcoming HT70 model. This phone will be a 6-inch FullHD phone with glasses-free 3D technology, making the 3D effect for photos and videos even more accessible. Rest of the specs include MT6755 processor, dual rear camera setup with 13 Mpix + 2 Mpix sensors, front 8 Mpix camera abd 4500 mAh battery capacity. Looks really good and should hit the market by the end of the year.

Until then you can check more information about the Homtom HT10 for example in here or buy it right away following this link.

Previous UMI Plus gets the second OTA update today

HOMTOM invitation for MWC 2019 is full of unspoken promise