While I agree the Helio P10 is a nice and efficient chipset, I must admit it’s a little baffling to see companies go for it despite the X20 not being too much more expensive. Anyway, there’s another Helio P10 phone on the horizon — the Meizu M5 Note.

The M5 Note was spotted on a few benchmarking websites’ databases, including Geekbench and AnTuTu. Let’s take a look at what else the benchmarking sites revealed.

According to Geekbench and AnTuTu, the Meizu M5 Note will feature the following specifications: 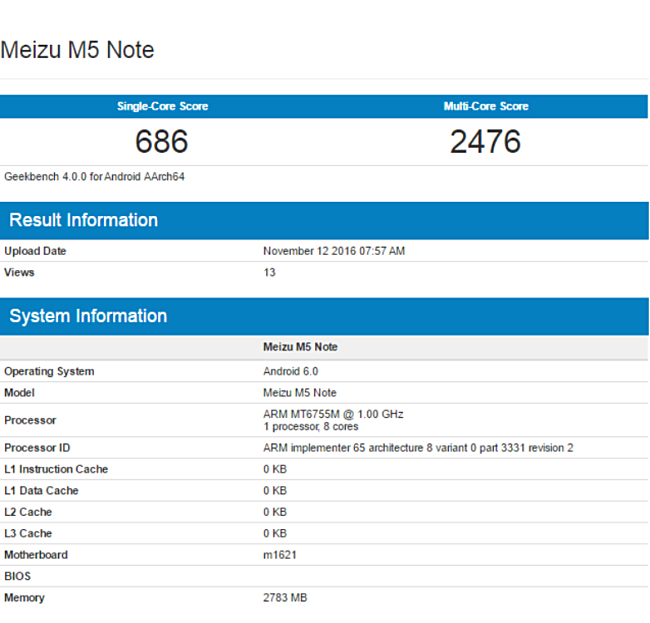 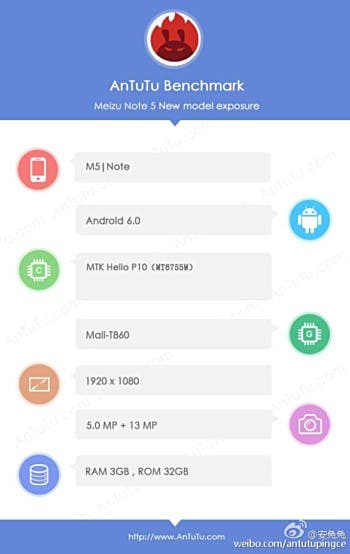 That’s all that we know so far. There’s no word on a launch date, pricing, etc. However, given that the phone has already received 3C certification in China, one would assume more info and perhaps a full fledged launch will be around the corner.

What do you expect to see from Meizu this time around?