The Concept Store will offer various Honor devices such as the new Honor 8, and they’ll also be having special promotions for customers until the 21st of November. During this promotion, customers are entitled to receive free gifts with any purchase of an Honor device. 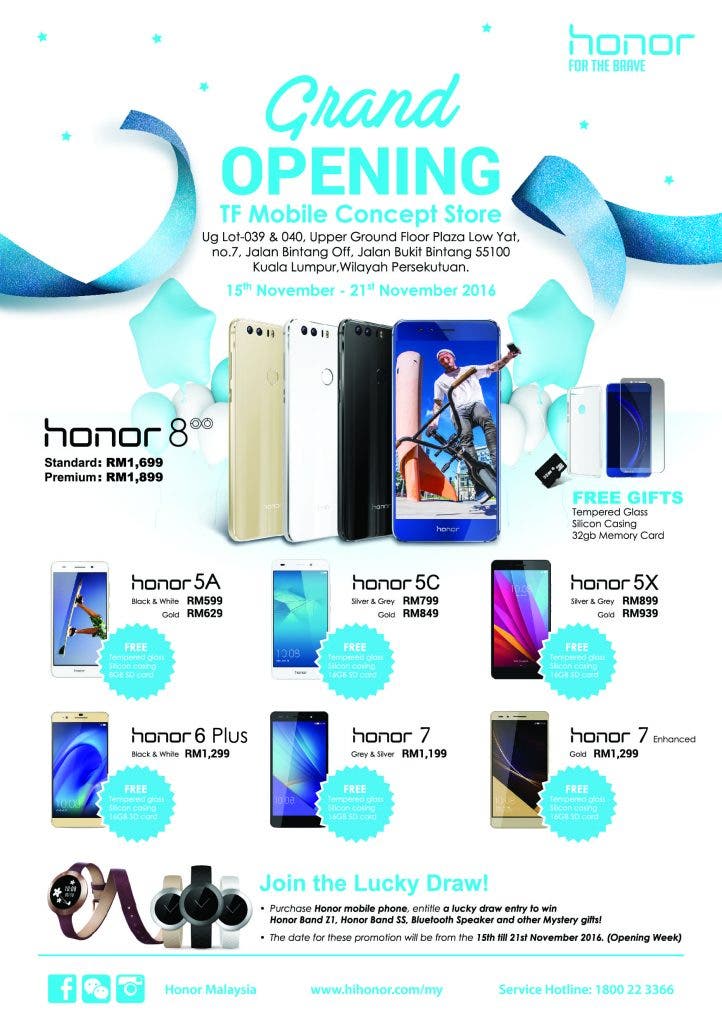 Additionally, customers that purchase an Honor smartphone have the opportunity to enter into a lucky draw, and stand a chance to win an Honor Band Z1, Honor Band SS, a bluetooth speaker, and other similar gifts.

This is an interesting move for Honor Malaysia considering they’ll be directly going head-to-head with their own parent company Huawei. The concept store is already open, so Malaysian GizChina readers can visit the store on the upper ground floor of Plaza Lowyat.

Previous Uhans U300 - third model from the unusual "U" line