In just a few hours Vivo will release the Vivo X9, but already real photos of the phone have been leaked by a notorious Weibo user.

@Kjuma has managed to pip Vivo to the web with real photos of the new Vivo X9 Android smartphone ahead of the devices official unveiling.

Most of the features of the Vivo X9 and X9 Plus had been leaked ahead of today in all fairness, however these are the first close up and detailed photos we’ve seen of the phones so far. 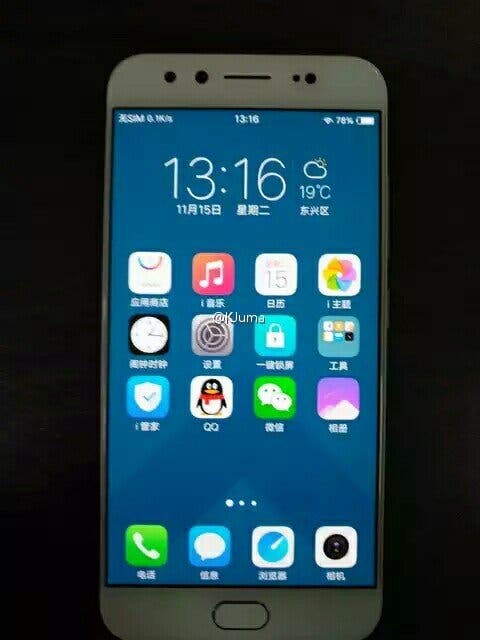 As you can see from the face of the phone, the X9 does in fact have a front facing dual camera design, one that will apparently use a main 20 mega-pixel sensor and secondary 8 mega-pixel camera. The front of the phone also has very narrow bezels and a home button/fingerprint scanner. 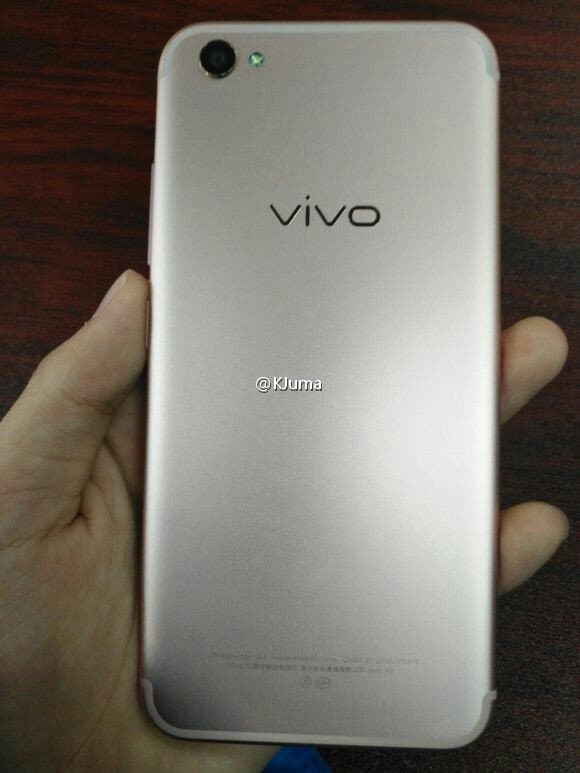 The rear of the phone has the familiar Vivo logo, an all metal design, iPhone like antennas and a single rear camera. 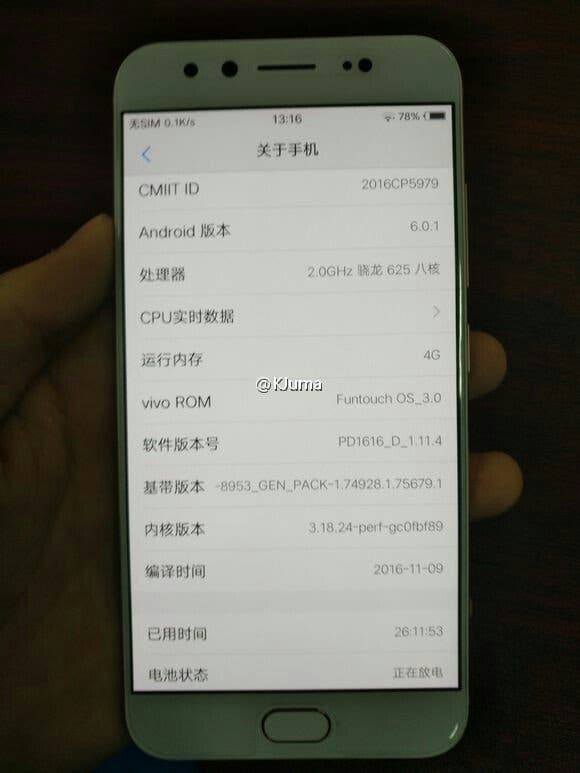 Another image confirms that the X9 is running the latest version of Vivo’s Funtouch OS and that this particular phone has a Snapdragon 625 8 core chipset.

Vivo will be officially launching the X9 range at 7pm Beijing time, or if you want the full details you can always go here right now!

Previous Buy the Xiaomi Mi Note 2 Direct From The EU!