Lenovo’s ZUK sub brand are after the Xiaomi Mi Mix now with a new super phone of its own the ZUK Edge.

ZUK must have had an idea that the Xiaomi Mi Mix was going to launch as it’s not taken the Lenovo backed brand all that long to reveal they have plans to launch a similar device.

Over the past week images of both the phone and the package of the ZUK Edge have leaked, and today we have some benchmarks to look at.

The new ZUK manages to score an impressive 160,000 on Antutu, but what’s more interesting for us is the hardware in the device. Like all new flagship phones for 2016 the Edge runs a Snapdragon 821 chipset, and 6GB RAM. The benchmarks also reveal that the phone will have 64GB internal memory, a FHD 1920 x 1080 display and a 13 mega-pixel main camera. 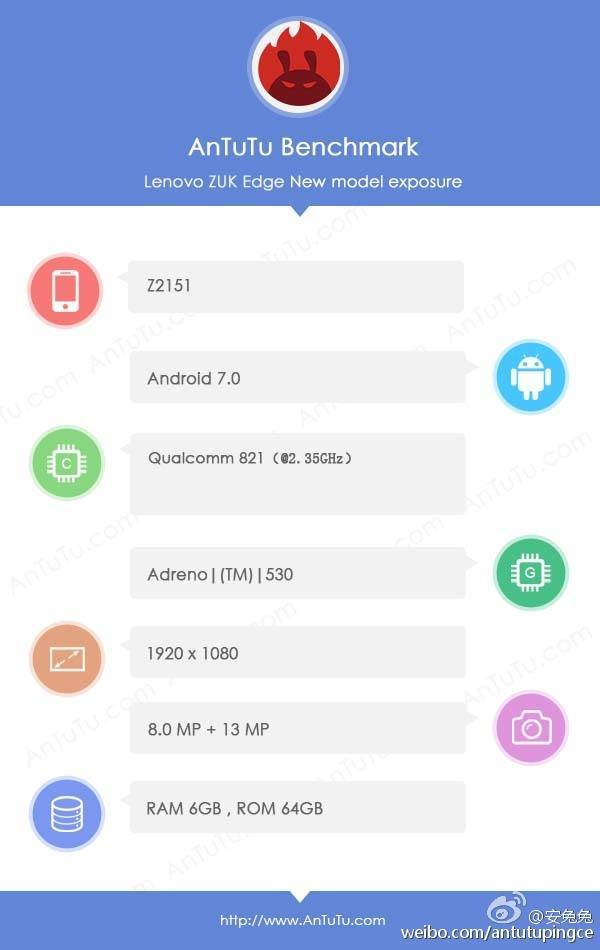 It’s also interesting to see that the ZUK Edge will ship with Android 7.0 right of the bat!

Pricing for the ZUK Edge is believed to start at 2999 Yuan for the 4GB RAM version rising to 3699 Yuan for a 6GB RAM model.