Just when you thought Meizu had all but given up on Samsung SoC’s another rumour comes along and kicks things off again! Update: It has launched. More info here: Meizu Pro 6 Plus specifications.

We’d all but given up on the idea of another Samsung chipset powering a Meizu device, but this morning it seems it might be a possibility once again!

Geek bench benchmark results have appeared online for the Meizu PRO 6 Plus (which we assume is a larger version of the original Pro 6, and in no way affiliated with the caffeine based pills you can buy in the UK). 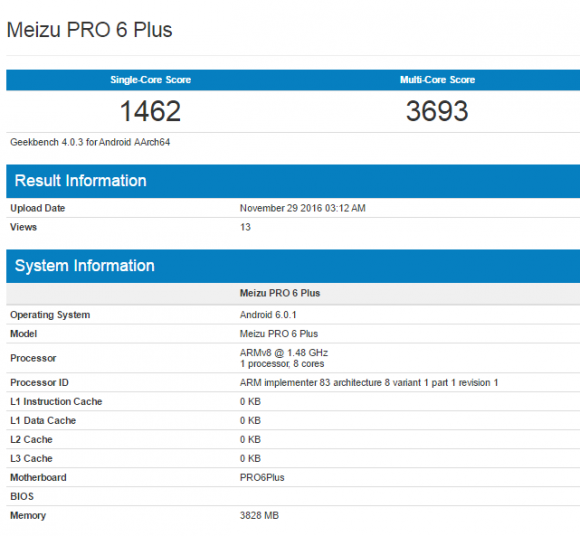 The benchmarks have the phone running Android 6.0.1 with 4GB RAM on a Samsung Exynos 8890 chipset. The chipset is an 8 core model running at 1.56ghz.

In other Antutu benchmarks we can see that the Pro 6 Plus has a 2560 x 1440 display, 32GB internal memory, 5 mega-pixel front camera and 12 mega-pixel rear camera. We expect the phone to look visually similar to recent Meizu devices although we do wonder about the LTE frequency support for the handset. 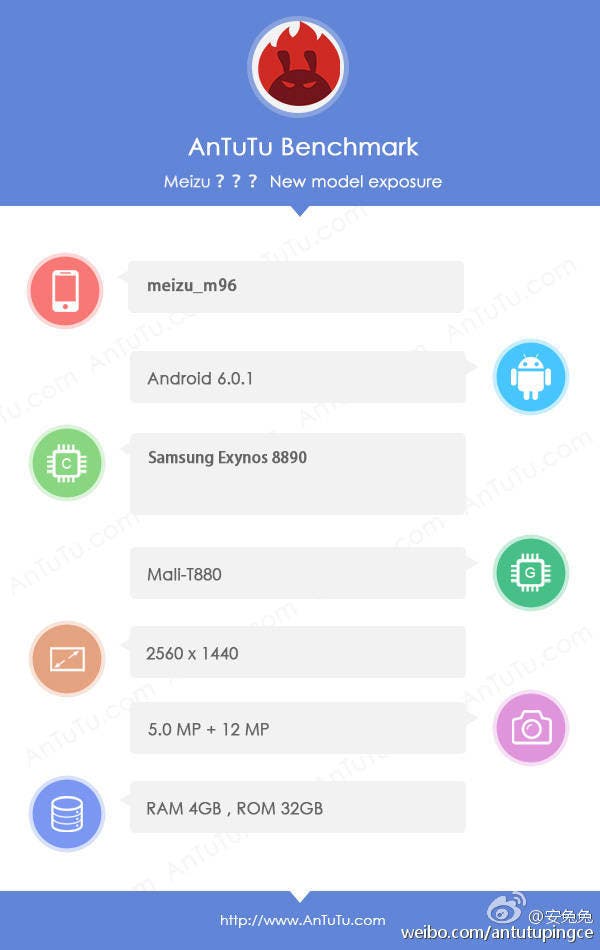 No official release date of the Meizu Pro 6 Plus at the time of writing but chances are we will see the real thing next month.

Next Rumour: Meizu H1 has a flexible display and high pricing!