Cubot’s Cheetah 2 is the latest “flagship” from Chinese manufacturer based in Shenzhen, if you can call a MediaTek MT6753-powered flagship, that is. Yet the phone is not as bad as you might think, also considering how much it costs (around $150). 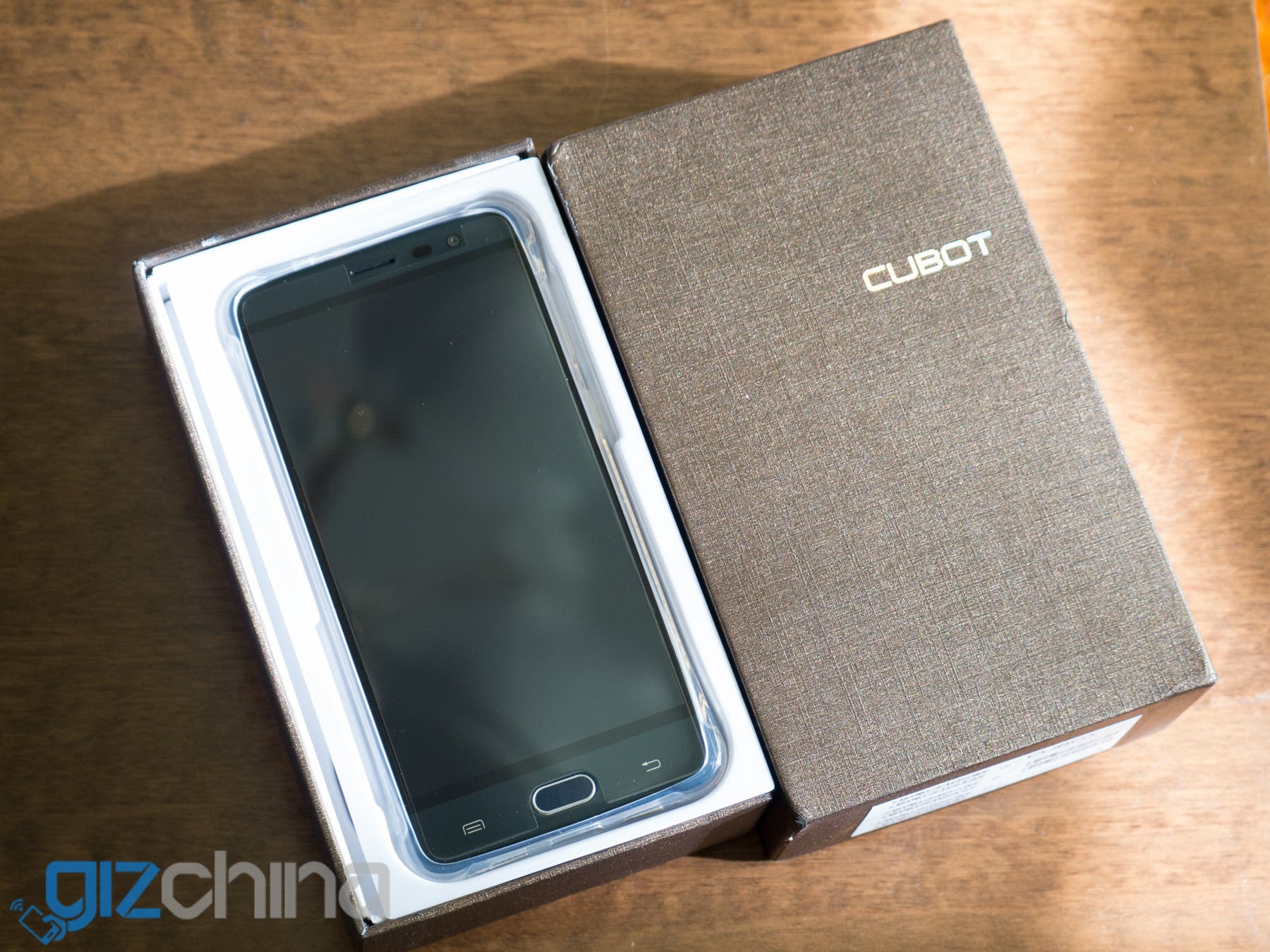 Packaging is pretty straight forward like other Cubot phones; you find the phone accompanied by a thick silicon case which appears to be able to save your phone from almost any kind of fall. Luckily I haven’t had the honor of testing that yet. Inside the box you also find a 5V – 1A charger and a USB Type C cable.

There are no instruction manuals or any kind paper crap, which is probably better for the environment. 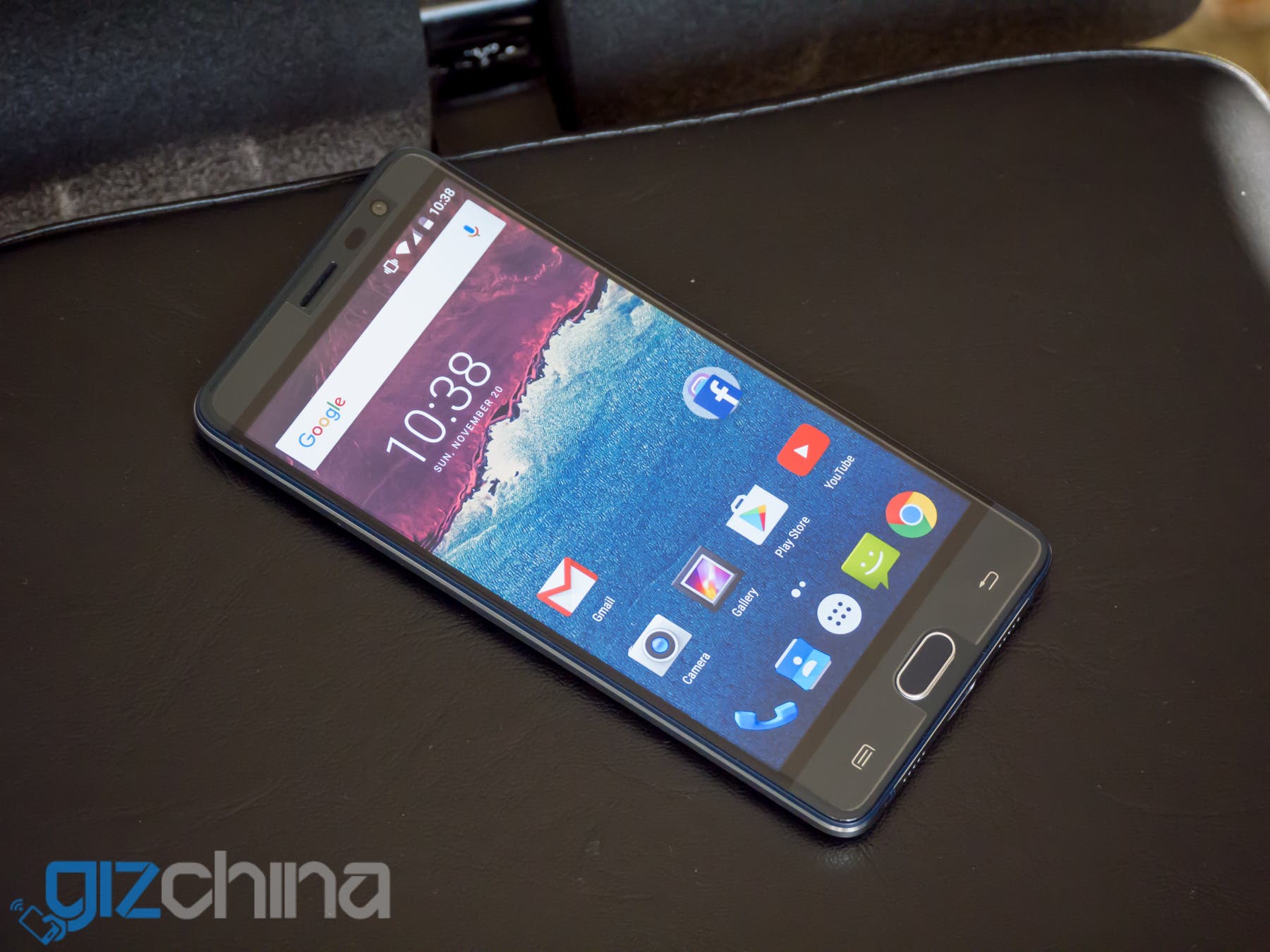 I’ve been positively surprised by the Cubot Cheetah 2’s design and build quality from a device in this price range. Yes, it’s big, kind of fat and heavy, but if you can get over that, it’s a rather good-looking and sturdy-feeling phone phone.

If I compare if to my current daily driver (which is a Xiaomi Redmi Note 3), it feels a bit more premium. Iit has narrower bezels and although it’s mostly made of plastic, still feels more solid than the Note 3, probably due to the thick metal frame. 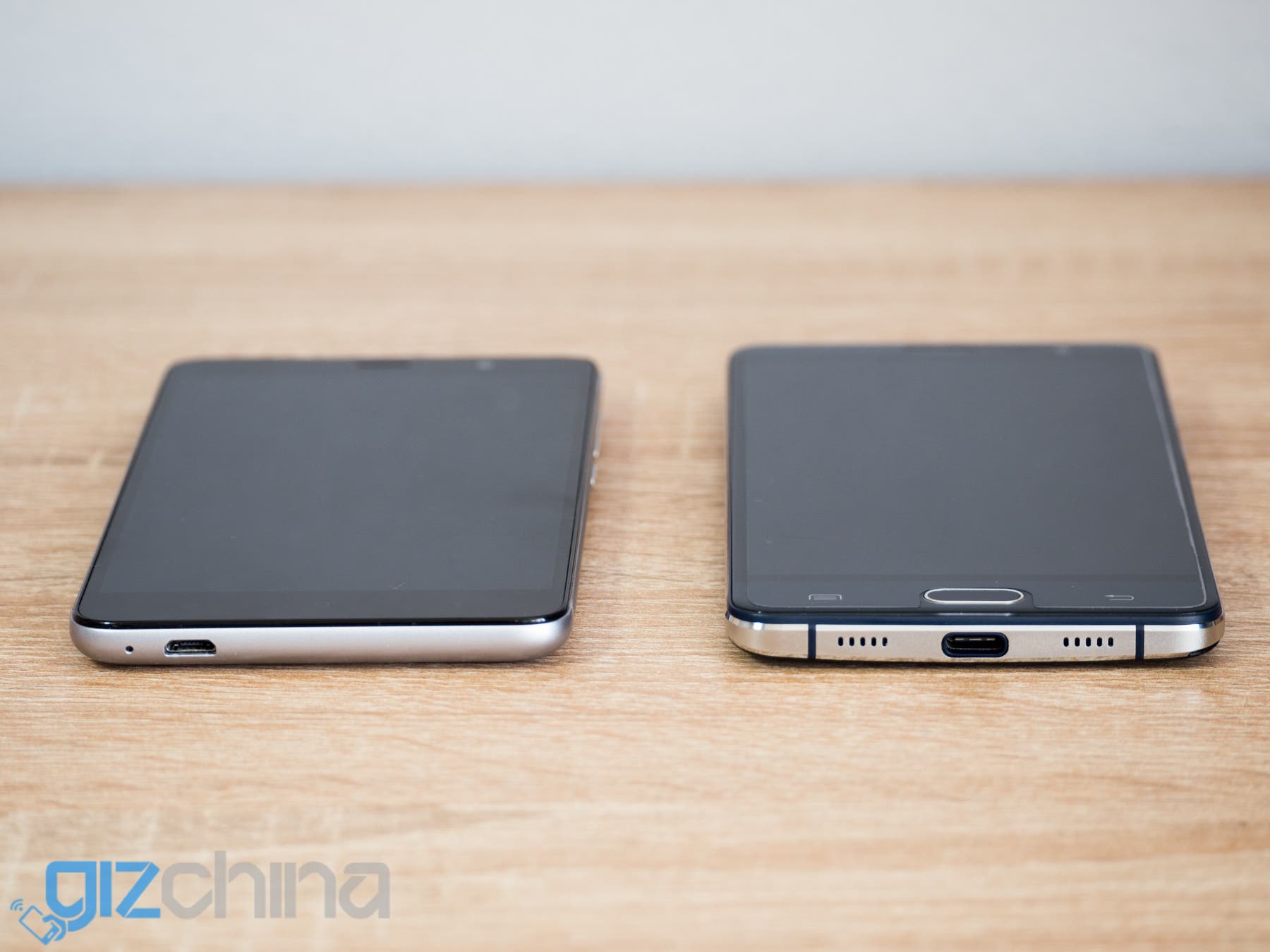 On the negative side, as I mentioned earlier, the phone is really heavy. It weighs 195 grams (personally measured) and that’s on the brink of being too much. It also feels a bit like the center of gravity is slightly at the top of the phone, which makes it harder to handle. And I have big hands, can’t imagine how it’ll be for people with smaller ones. 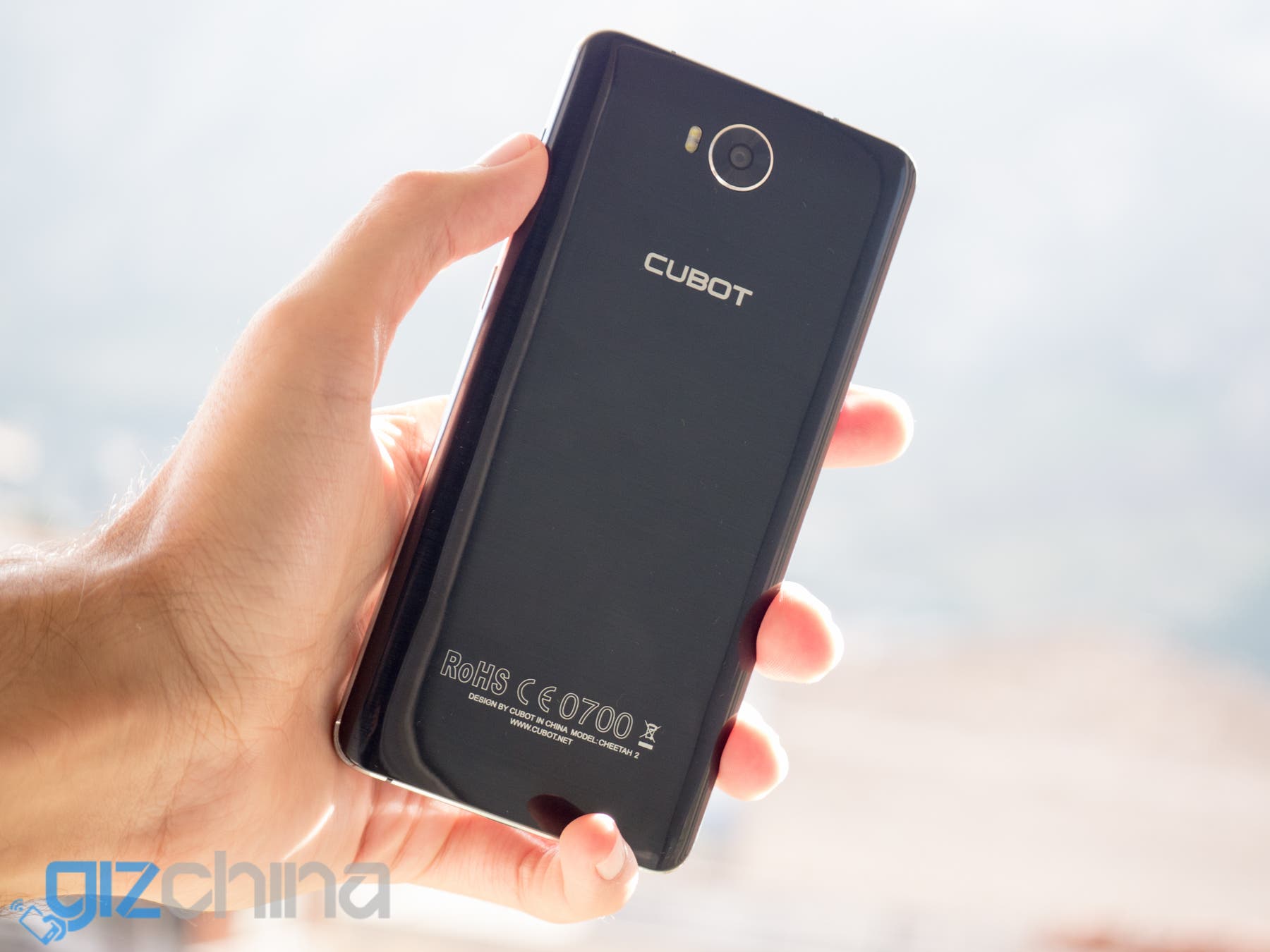 The Cubot Cheetah also has a removable back cover so you can swap batteries. Oh wait, no you can’t! I’m not hating on it for that though, I still prefer to swap SIM or microSD card this way instead of looking for the SIM removal tool, which is a pain every time. 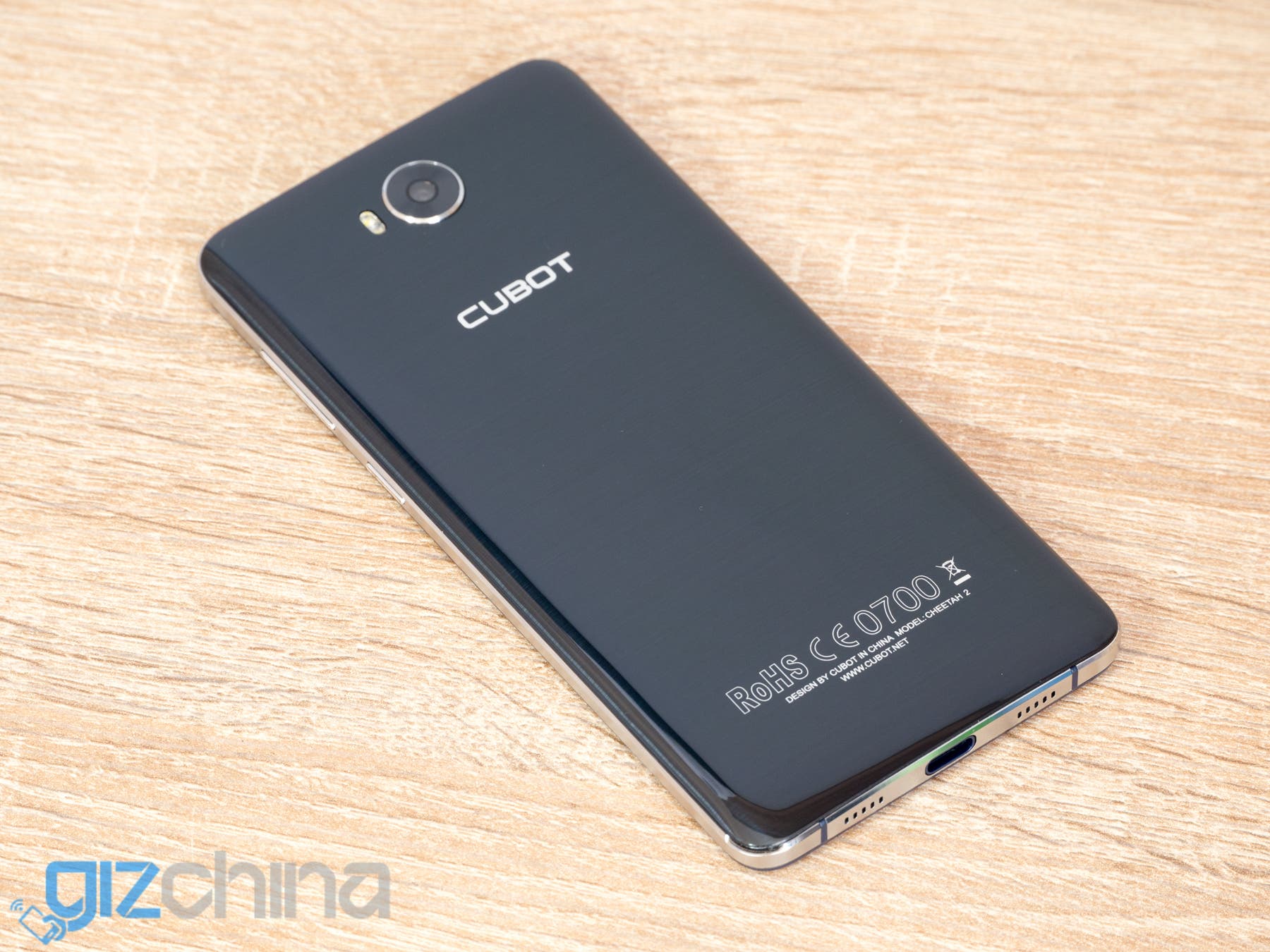 The rear camera protrudes a bit from the back, so it’s prone to scratches if you aren’t using a case. On the front of the phone we find two capacitive buttons (non backlit) and a physical home button with a fingerprint scanner. The home button is a bit hard to press but it doesn’t feel cheap, same goes for the volume rocker and power ON/OFF button. 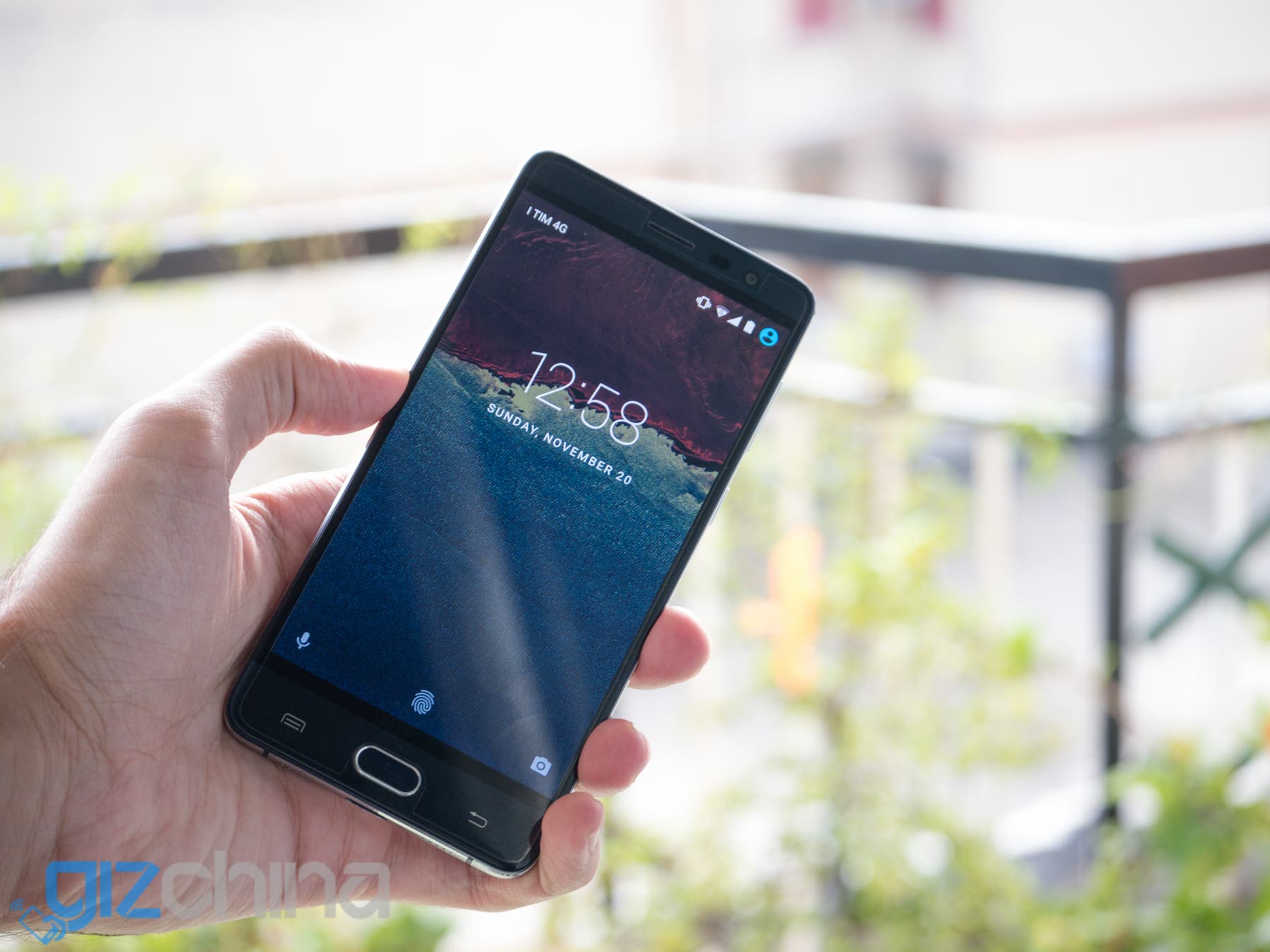 The display on the Cubot Cheetah 2 is pretty amazing, it’s really bright and clear. Colors appear to be accurate and it’s perfectly visible under direct sun light as well, unlike other smartphones I own.

I’m not quite sure if it’s the display itself or the screen protector it comes with, but since that’s how you’ll get it in the box, then I must say this is one of the best screens I’ve seen on a smartphone, you sure won’t be disappointed. 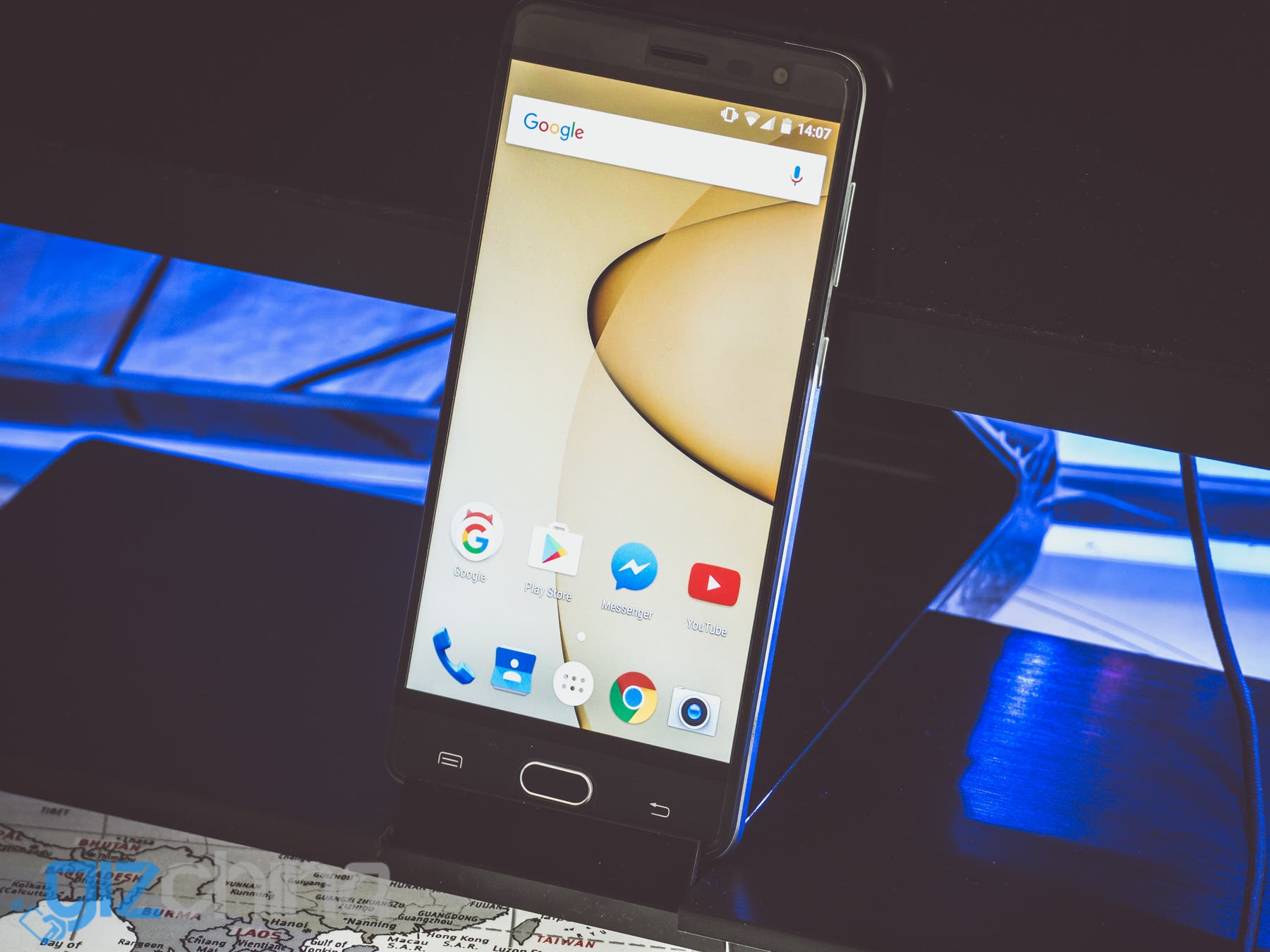 The Cubot Cheetah 2 comes with a MediaTek MT6753 CPU, 3GB of RAM and 32GB of internal storage, as any smartphone in that price-range should. The octa-core CPU itself is a bit disappointing as it falls behind the more powerful MediaTek Helio X10 (or Helio P10) which isn’t that much more expensive.

Does that interfere with the phone’s performance in any way though? Not really in daily use, in my opinion. I’m not a big smartphone gamer, I use my phone mostly for social media, Facebook, Twitter and other IM apps. I rarely ever play games and if I do it’s mostly light games, thus I don’t need a really powerful CPU/GPU for that kind of stuff.

Overall the user experience is really smooth, apps open quickly and without any stutters, with 3GB of RAM multitasking is also not a problem, I can leave apps open in the background and find them in the right place after a while. I’m very satisfied in this regard.

If you care about the bare numbers, the phone scored 37553 on AnTuTu and 607 on GeekBench for single-core, 2424 for multi-core.

4G connectivity is really good, it supports band 20, which is really important over here in Europe, so I get LTE almost anywhere. Also call quality is above average and that’s not always granted with these cheaper phones.

The GPS signal is rather strong, it gets a fix pretty fast and there’s a compass as well, which makes it work great with Google Maps and other navigational apps.

The Cheetah 2 can accomodate one Micro SIM, one Nano SIM and a microSD card (up to 128GB). I would have preferred it had two Micro SIM slots but that’s a “me problem”. 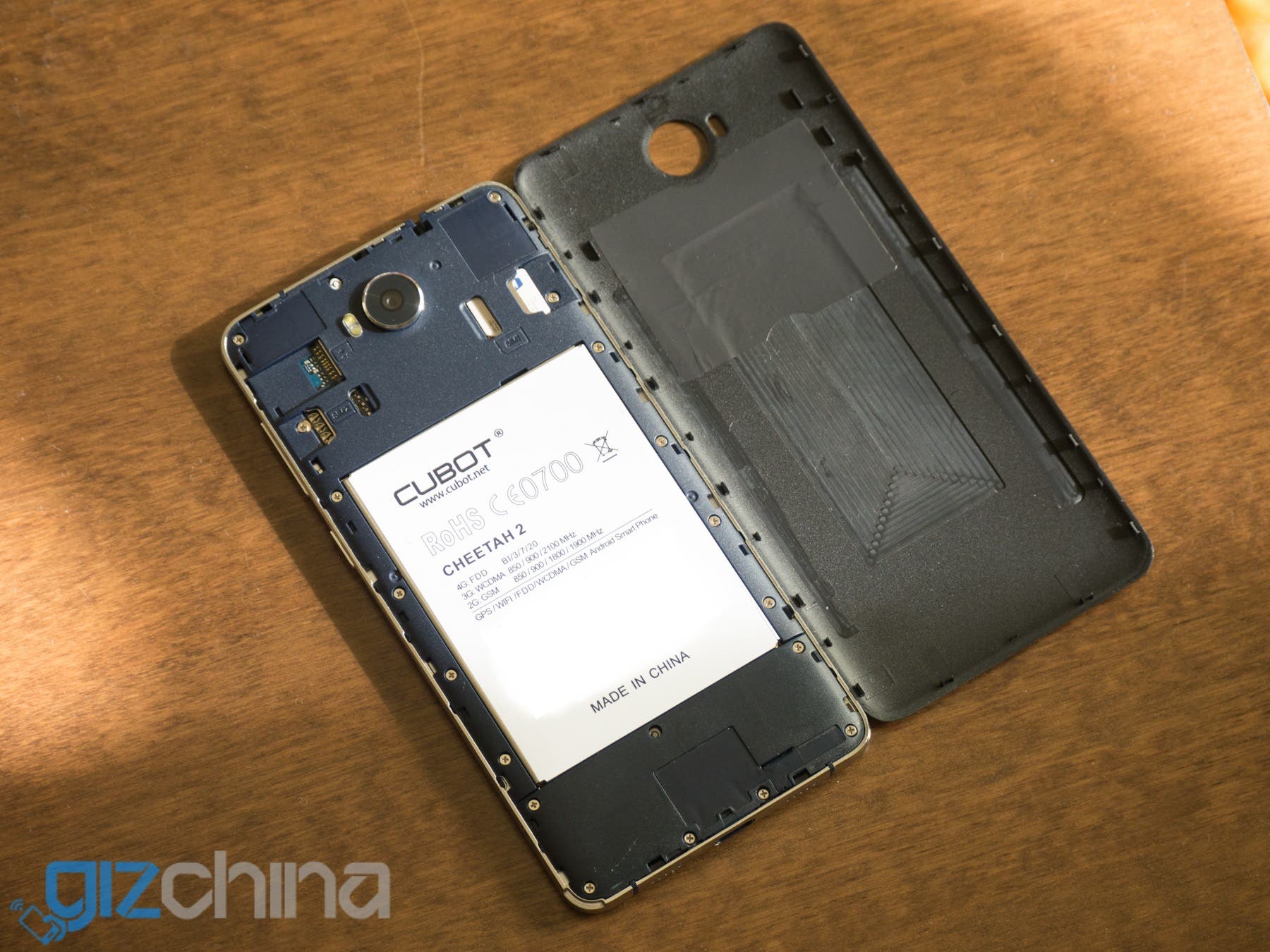 Battery life on the Cubot Cheetah 2 is “OK”, used to the 4000mAh on the Redmi Note 3, 3000mAh feel a bit tight but they’re still enough to get you through the day. What I think is a slightly bigger problem is the charging speed, it gets only up to 5V – 1A, which is relatively slow nowadays. Even if you use higher wattage chargers, the phone still limits it to 5V – 1A, probably good for safety, not that much for saving time.

The fingerprint scanner is accurate and I’d give it a ~95% success rate, I also like the fact that you don’t have to fully press the home button to unlock the phone, simply laying a finger on it will do the job. 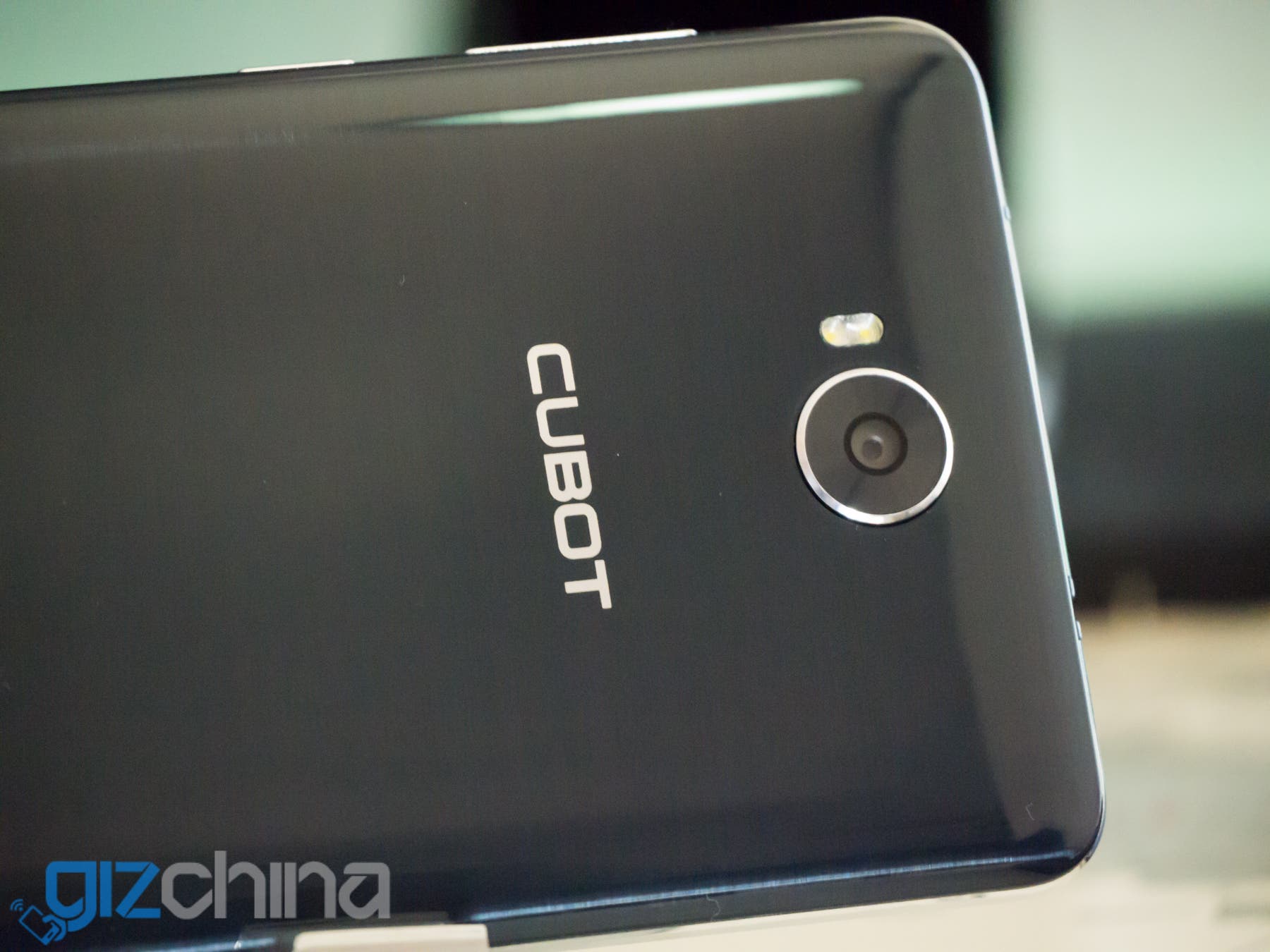 The camera on the Cubot Cheetah 2 is better than what I expected. It produces sharp photos, and the white balance is on point. The camera app also loads quickly and shots don’t have any unusual delay. It appears as the camera software has been optimized up to a good level, which has usually been the case with most Cubot devices.

The only real problem with the camera is lens flare, while that might look good on some kind of artistic photos, it’s not something you want when you’re shooting group photos or whatever else. Sadly this can’t be fixed in software so you’ll have to live with that.

Dynamic range is not amazing, but I wouldn’t expect it to be on a mid-range phone. The front facing camera is also alright and it’ll do the job.

Either way, here you can have a look for yourself at some photos I shot: 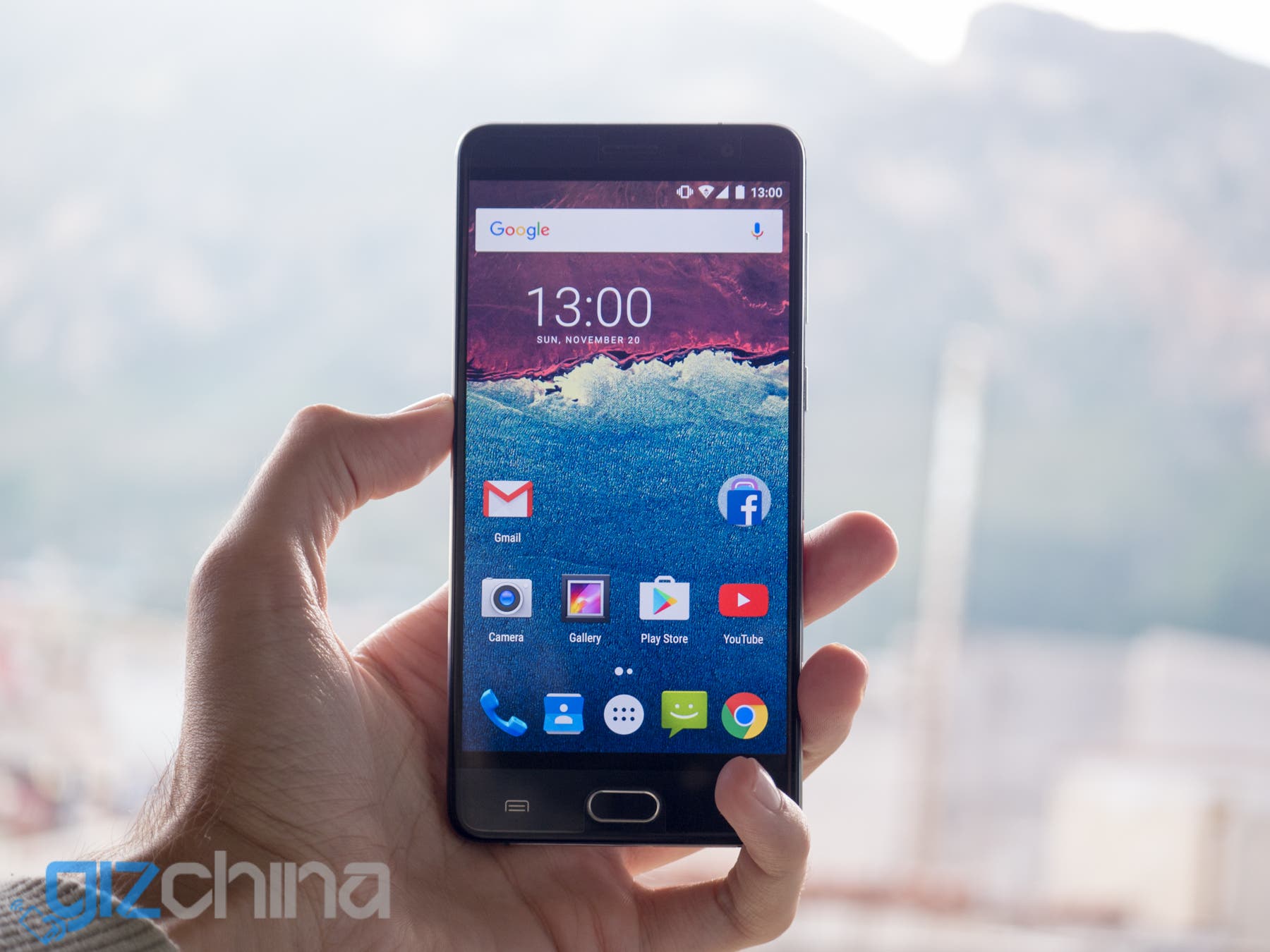 Coming with 3GB of RAM, 32GB of internal storage and a $140+ price tag, the Cubot Cheetah 2 falls in the mid-range category which is now over-populated with dozens of fearless competitors. One of which is the Xiaomi Redmi 3, that packs a more powerful CPU, bigger battery and sells at around the same price.

So, why should you buy this phone you may ask? I honestly don’t have a definitive answer but it doesn’t mean this phone is worthless. I would consider getting this phone for the amazing display (the Redmi Note 3 is far behind), a relatively good camera (also compared to the Note 3) and the presence of USB Type C, not yet available on most phones.

There’s also the home fingerprint scanner “front vs rear” argument, but that’s up to personal choice. Although I must say it really comes in handy when you place your phone on a desk/table and you can unlock it by simply laying a finger on it; a real time saver.

Overall it’s a good phone for the price that does what it promises, nothing less, nothing more. You can learn more about the phone on the official site, or buy one here.