As you all know I’ve been following Chinese phone and tech for a very long time and believe it or not but I was once a pretty major Meizu fanboy! Fanboy enough to queue up on the day of the Meizu M9 in China to buy their first Android phone!

After the launch of the M9, Meizu created their own Meizu brand design with the MX, and it hasn’t really changed all that much since then all the way up to the latest Pro 6 models.

Yes, Meizu have gone to metal bodies and they have gone back to physical home buttons, but the design hasn’t changed, and worst of all, specification changes have become stagnent. 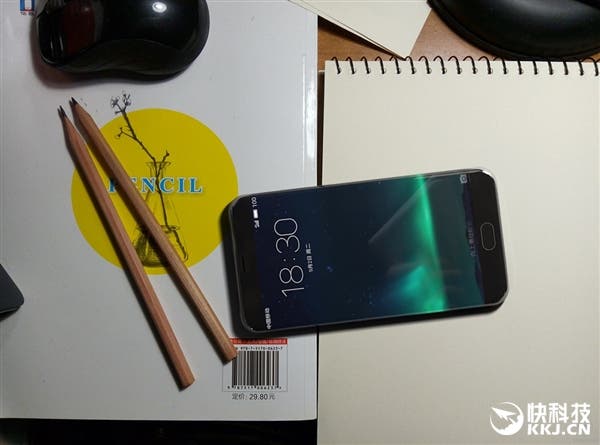 What Meizu really needs to do now is think outside the box just as its fans are doing with renders like this!

Chinese tech sites are calling this bezel less Meizu render “Kerosene” because it is setting the Chinese tech industry alight, they go as far as saying that this new phone could launch soon.

This is very doubtful though. The image is clearly fake, and we don’t imagine Meizu straying to far from their very bland designs.

It’s a sad situation for the brand, but it comes down to either “innovation or die”.