I was able to get my hands on the Xiaomi Redmi 4A, the lowest end Redmi in the new Redmi 4 line of devices. It MSRPs for around $50 less than the Redmi 4 Prime (review here) giving it a price of $70, which is quite incredible.

I want you to think of the first $70 phone that comes into your mind. Mine was the Bluboo XFire 2, and that’s actually quite a poor example as it has a decent metal build, but it’s still sufficient enough to illustrate my point. Let’s take a look at the spec sheet, it has the MTK6580 processor, terribly slow for anyone who is vaguely tech literate, 1GB of RAM and an 8MP camera.

Now let’s switch over to the Redmi 4A. We find a very respectable Snapdragon 425 processor, 2GB of RAM and a 13MP camera.

However, its important to note that specs don’t always tell the whole story, and i’ll be putting this phone through its paces to see how it holds up. In the meantime, enjoy the unboxing, hands on, and first impressions below.

Big thanks to Gearbest for providing this review unit. I’m currently testing the Xiaomi Redmi 4A on Fido in Toronto. 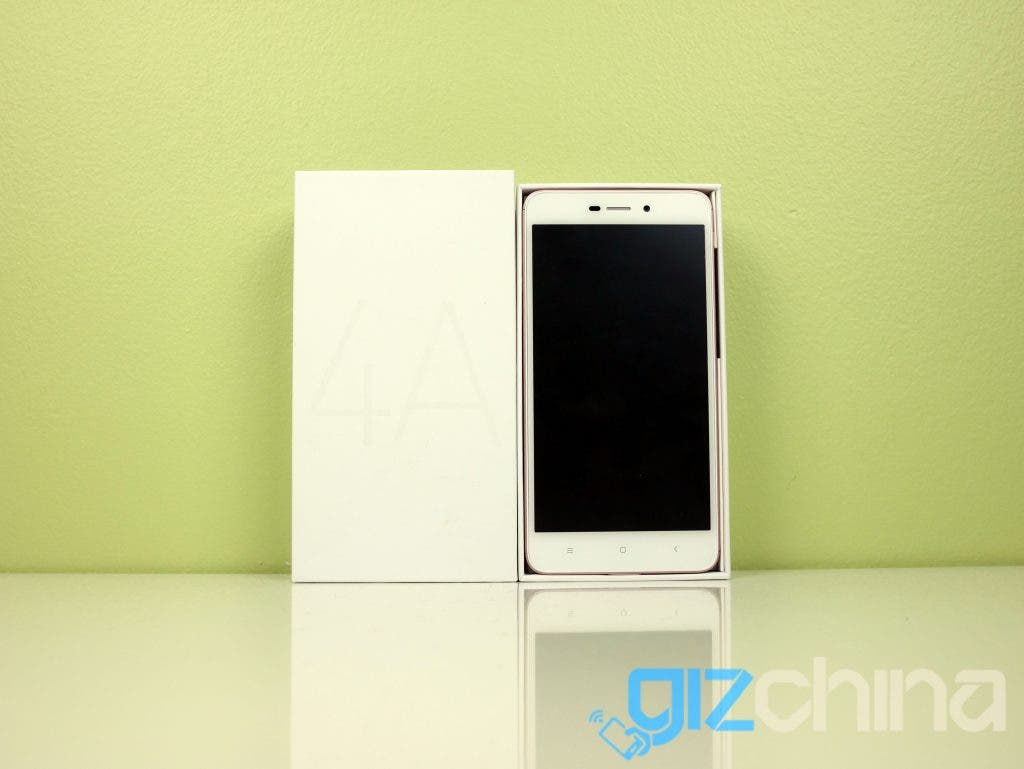 The box is a slight departure from other Redmi devices, instead of the regular cover, we have an embossed (or whatever the opposite is of embossing) “4A” on the top and I’ve tried my hardest to capture that in photos. 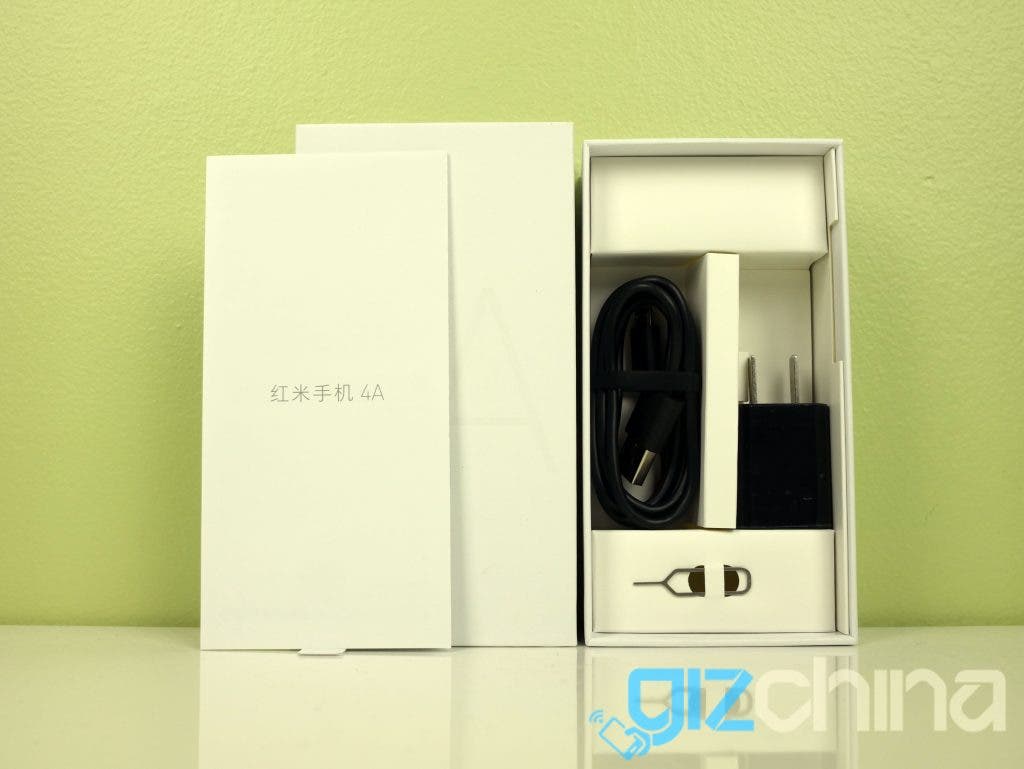 Opening up the box we find the phone without a plastic cover on it (I made the mistake of choosing pink) and the normally sparse accessories, a plug, charger, and manual. Putting that aside and moving on to the pink Redmi 4A itself.

Xiaomi Redmi 4A Hands On 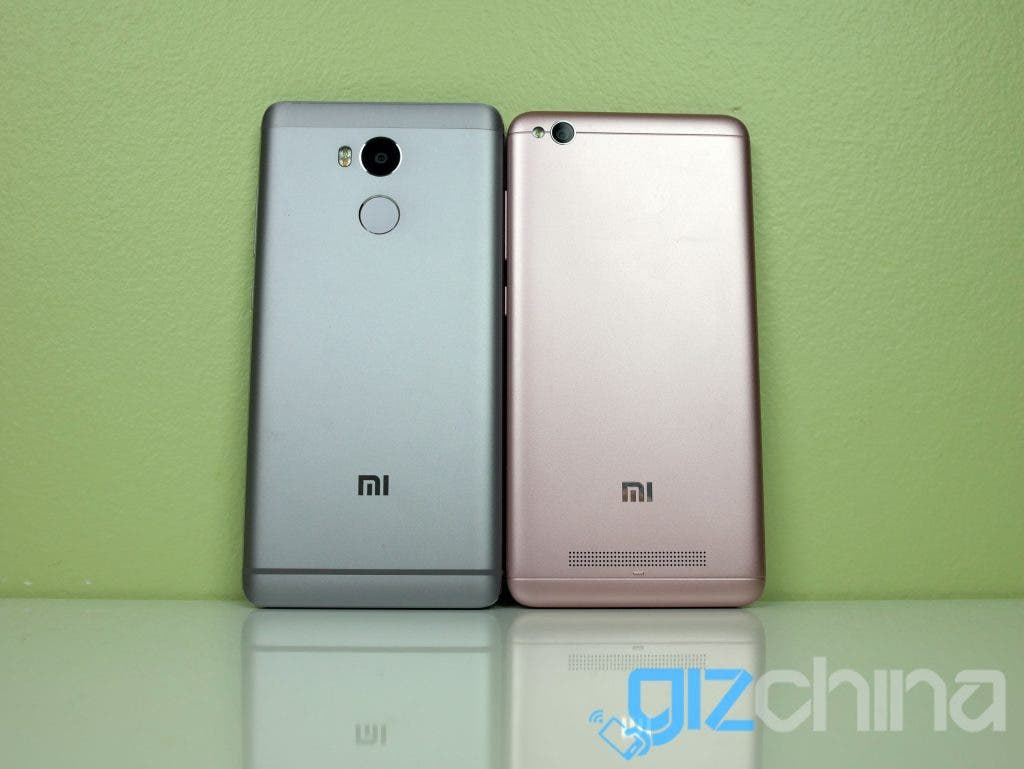 I initially thought the Redmi 4A was metal when I picked it up. However, the back of the phone wasn’t cold and tapping on it yielded a plastic response (sound and feel). However, Xiaomi did a great job painting the back to make it look like metal and feel vaguely like one as well. The front impressed me less. 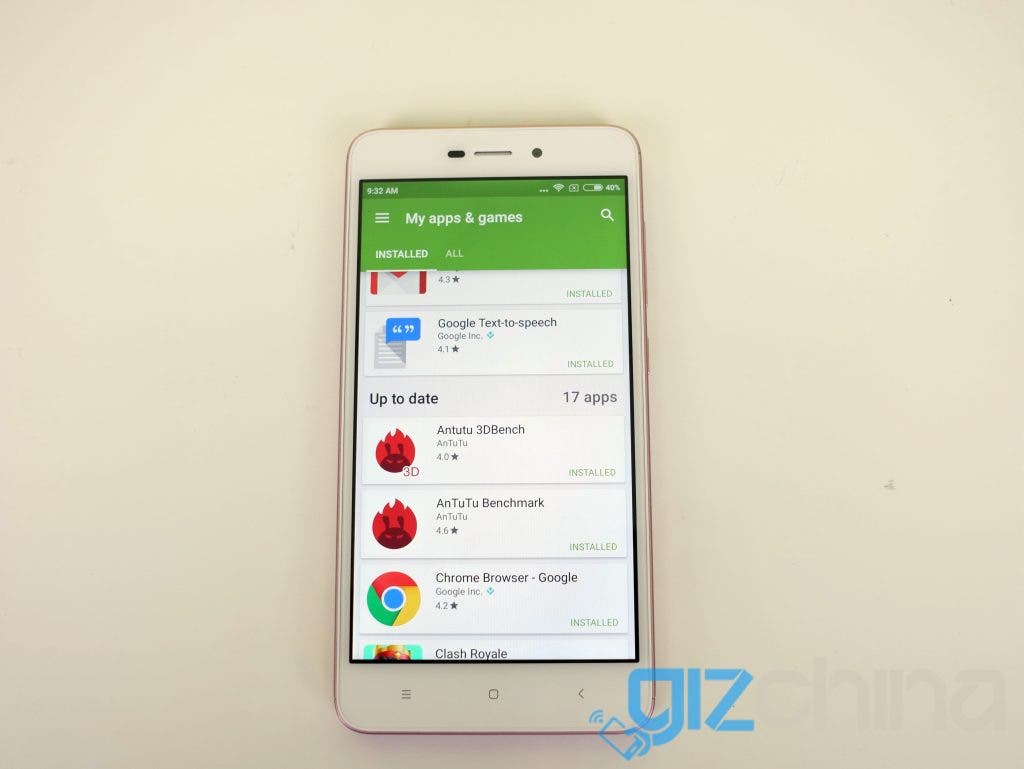 The bezels around the screen are moderately large, large enough to immediately identify it as a “not flagship”. That being said, the phone is still a very respectable 5” size, imperceptibly larger than the Redmi 3. Turning the phone on and there is an additional black bar around the screen that we see on every other Redmi device. Combine this black bar with the already large bezels and we have quite a bit of bezel in a phone of 2016. 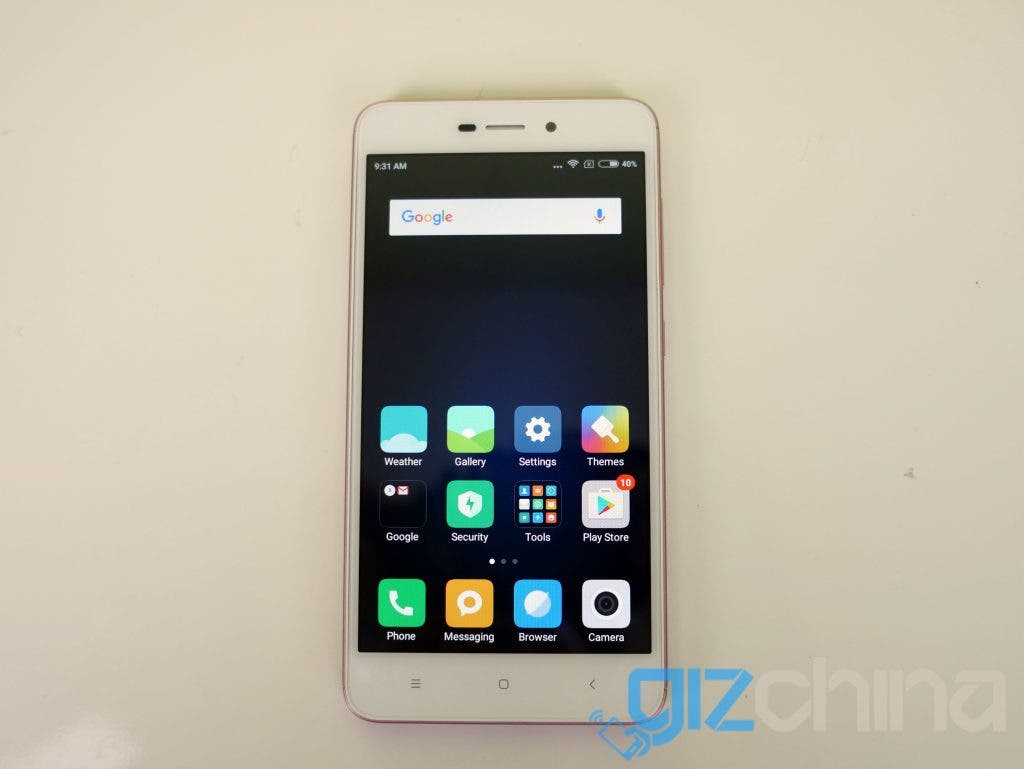 After turning on the phone I quickly set it up and played with it for a few minutes. Swiping between home screens was quite zippy and had me very impressed. If performance continues this way, this phone currently performs at the Redmi 3 level, which while by no means a flagship, was respectable for the price. 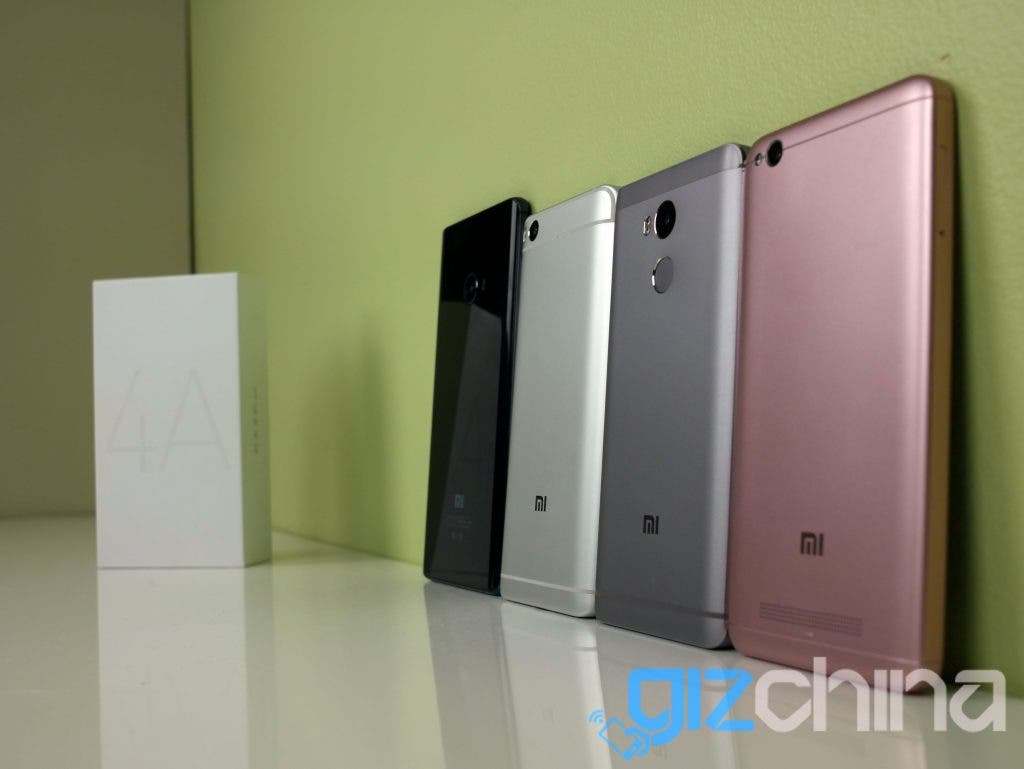 I’ll be putting this phone through more tests and use in the time to come, but the Redmi 4A has left a very decent first impression on me. Ignoring the price, the phone is decent, taking the price into account, the phone’s specs are way above what $70 would usually get you. 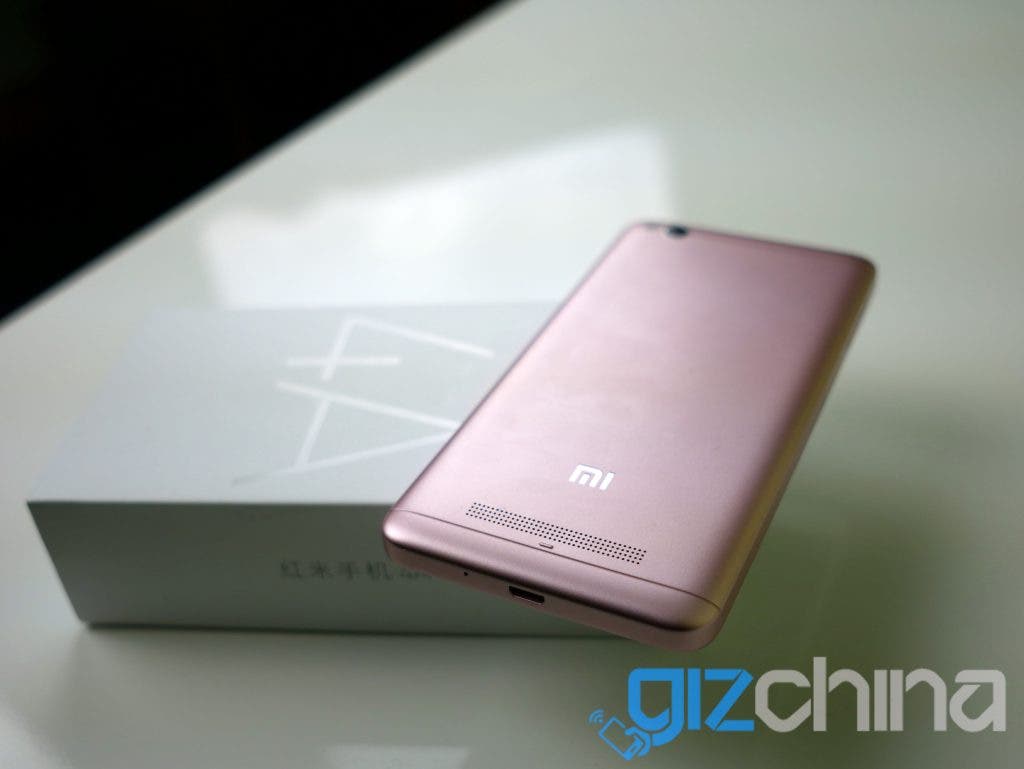 I have high hopes for the user experience as there has not been a single Xiaomi phone that has let me down yet and if the Redmi 4A continues that unbroken tradition, the Redmi 4A will be a steal of a deal. While it features the weaker Snapdragon 425, it should be sufficient enough for light use. 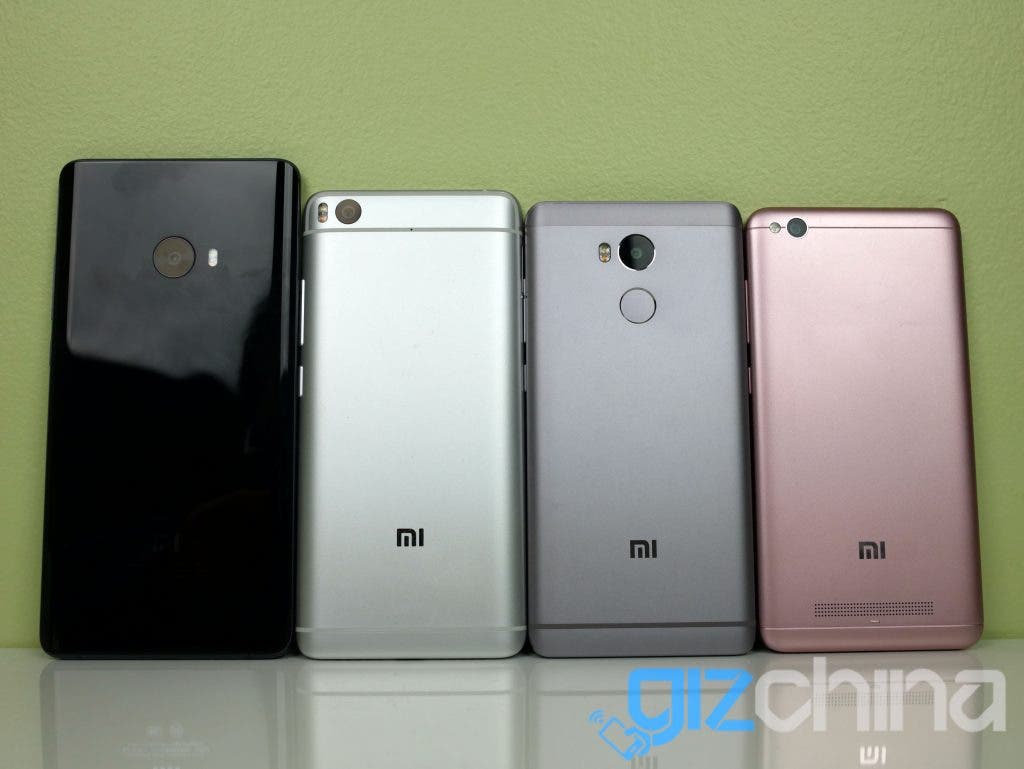 The Xiaomi Redmi 4A isn’t aimed at midrange users, but instead is targeting the ultra budget segment. The new Snapdragon 425 should be more than enough to match the previous generation Redmi 3 devices utilizing the Snapdragon 430, and hopefully will be more power efficient to deliver great battery life with an “average” sized battery. You can buy the Xiaomi Redmi 4A here.

Next Elephone apologises for crashed server