All hail the battery king!

Xiaomi has done what I thought was impossible; drastically improve battery life on this phone. I’m not denying that there are phones out there that top this; the Oukitel K10000 comes to mind, but in a still vaguely phone like package? Not in the slightest. There have recently been a slew of reviews hailing the Moto Z Play (same processor, 3510mAh battery) as a great phone for the battery life, and I would like to introduce them, and all of you to the reigning champion.

Ladies and Gentlemen, the Redmi 4 Prime.

Battery life isn’t the only area in which the Redmi 4 Prime has improved. In fact, the $30 price hike over the Redmi 3 allowed for an improvement in almost every way; a full HD screen, the new Snapdragon 625 processor, and a very Redmi Pro-like metal body.

The Redmi 4, like all the other Redmi devices that came before it, is a great budget device, no doubt about that. But the Redmi 4 Prime does so much more. It not only blows the price/performance curve out of the water, it packs “midrange” specifications into a truly budget price point.

With Xiaomi’s track record, especially with Redmi and Redmi Note devices, we were expecting a great device here, and the Redmi 4 Prime does not disappoint.

“midrange, on a budget”

Big thanks to Gearbest for providing this review unit. I used the Xiaomi Redmi 4 on Fido in Toronto. 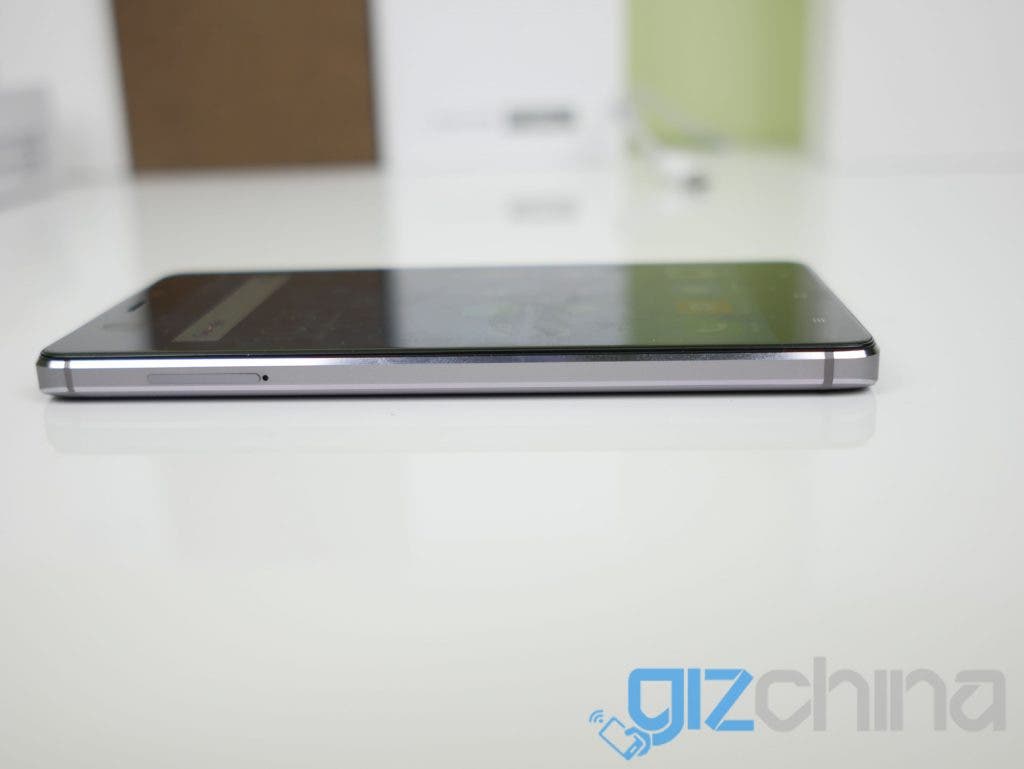 Xiaomi has left behind the traditional Redmi 3/Redmi Note 3 designs in favour of the more elegant curved back designs as seen in the Redmi Pro, Mi Note 2, and the Mi 5s. The curve on the body is less pronounced on this Redmi 4 compared to other non Redmi/Redmi Note devices and is a move in the right direction. The Redmi 4 is slightly thicker (8.9mm vs 8.5mm) than the Redmi 3 but still feels thinner because of the curved back. 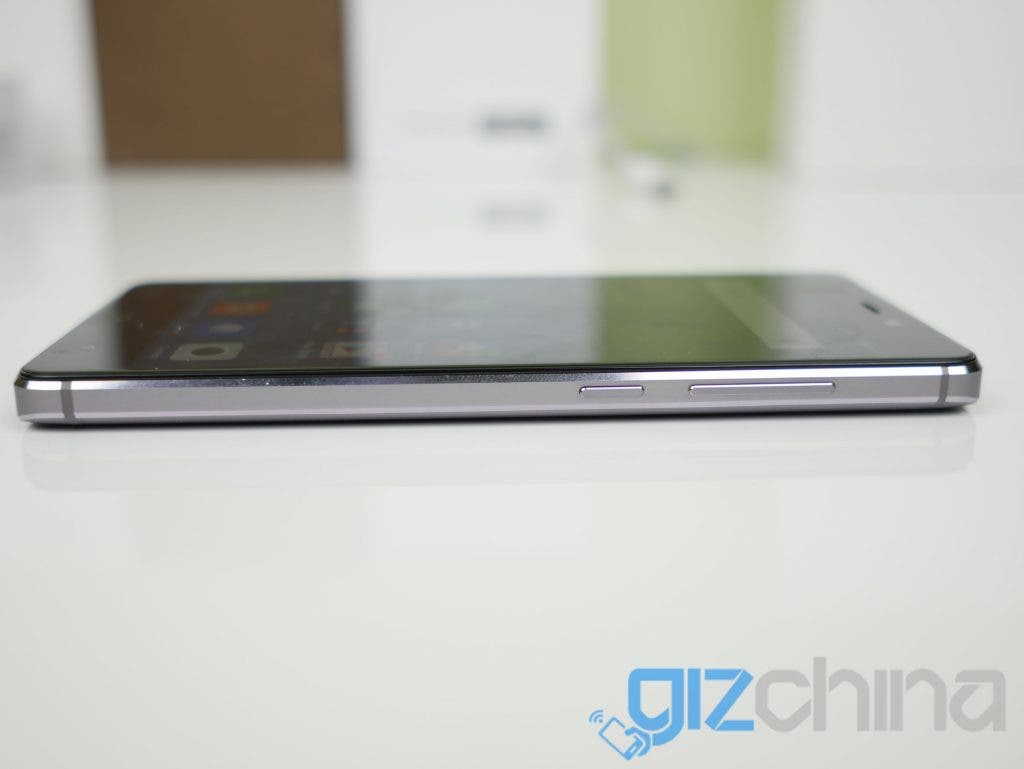 I can easily use this device with just one hand which is welcome, not many 5” devices with specs worth their salt are released anymore. The build quality is expectedly top notch, with the same matte metal finish found on the Redmi Note 4 and the Mi5s, screaming quality without trying to dive towards the floor every other second.

The back of the phone features the camera (which thankfully doesn’t protrude out), the flash and the fingerprint sensor.

Xiaomi has done a bang up job with the build quality here, not many phones can claim that honour in such a budget phone with the Ulefone Metal coming to mind, but the processor on that was somewhat old. 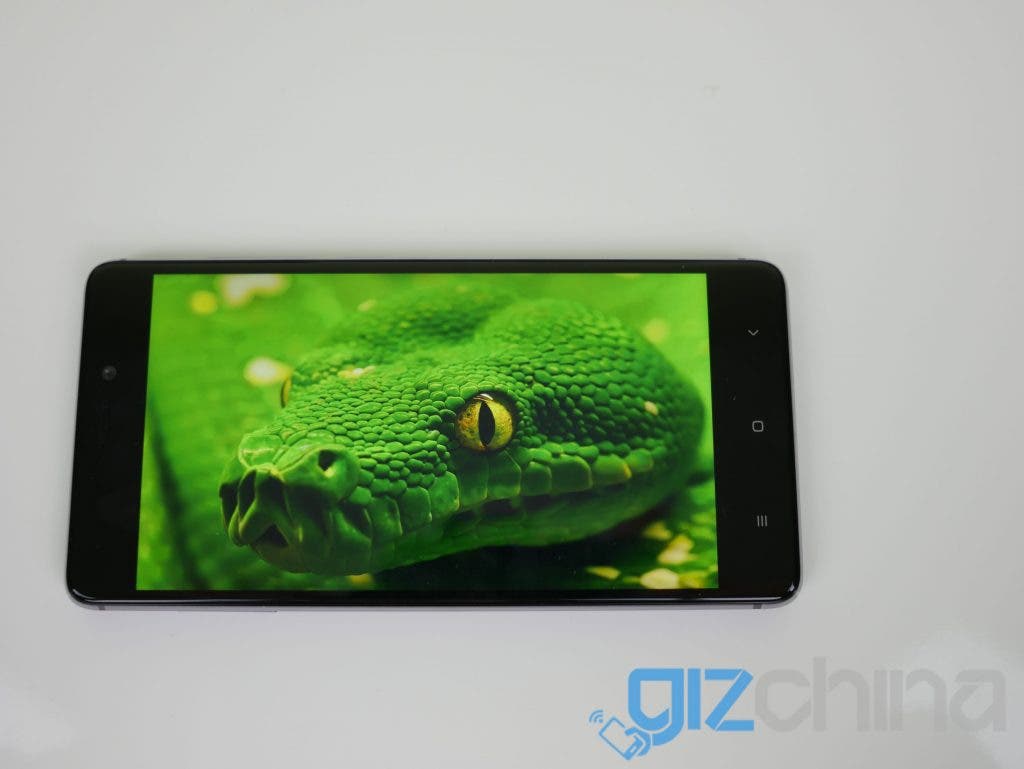 This is the first Redmi device to feature a 1080p screen, and it definitely looks good. Colours are deep and the screen is sharp. There is still a difference between the screen on the Redmi 4 and more expensive displays, but the difference is small. 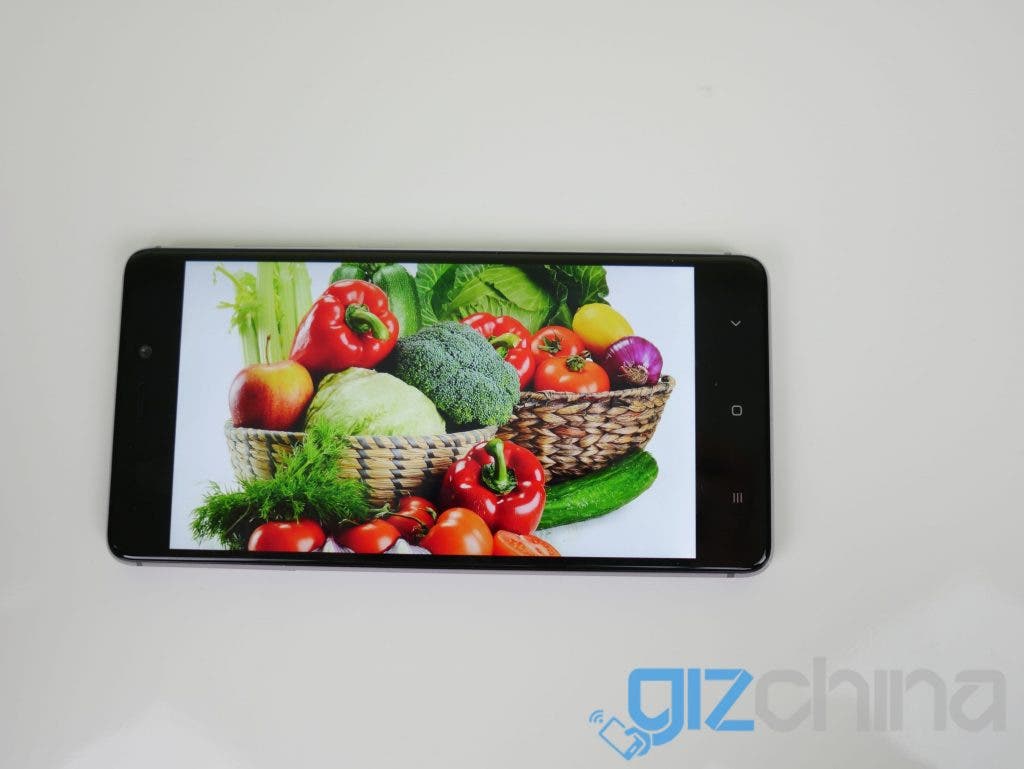 I feel that Xiaomi could have left the resolution at 720p with all the benefits that would bring; longer battery life, a better gaming experience, and less SoC usage. You might not think there is a huge difference between 720p and 1080p, but 720p only has around 900,000 total pixels while 1080p has over 2,000,000 pixels, meaning that the SoC has to work almost exactly twice as hard on 1080p.

Nevertheless, the screen looks great. Maximum brightness is around 450-500 nits which is easy enough to see in sunlight, but not as easy as the Mi5s with 600 nits. Minimum brightness is also good. There is also Gorilla Glass as well. 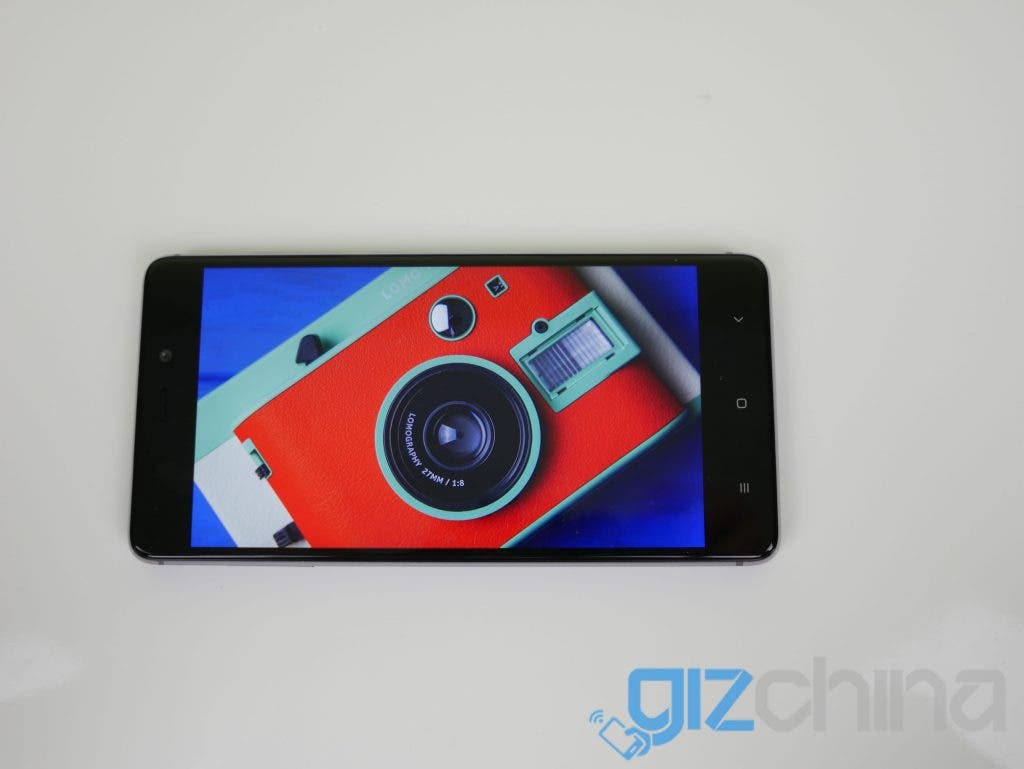 The speakers are located beside the MicroUSB plug, and they produce some very loud sound, not as loud as the Mi5s, but definitely more than loud enough. Quality is a little below average, with bass almost nonexistent and passable mids and highs.

Who would have thought that the battery in the Redmi 4 could surprise me any further. The Redmi 3 had insane battery life, easily getting 6 hours of battery life with 25% left. However, the Redmi 4 managed to top that and not by a bit, but by miles.

With this new Redmi 4, I was able to get 9 hours of screen on time with 25% left, and with that increase, battery life has officially crossed from insane to out of this world. There is nobody in this world that uses their phone for 9 hours a day daily, and if you do, this phone is the perfect device for you.

It was also able to get 10 hours of screen on time over two days (5 hours each day) with about 3% left at 8pm on the second day. Battery here is ridiculous. I spent almost 96 hours testing this darn battery in various configurations and I desperately need sleep! 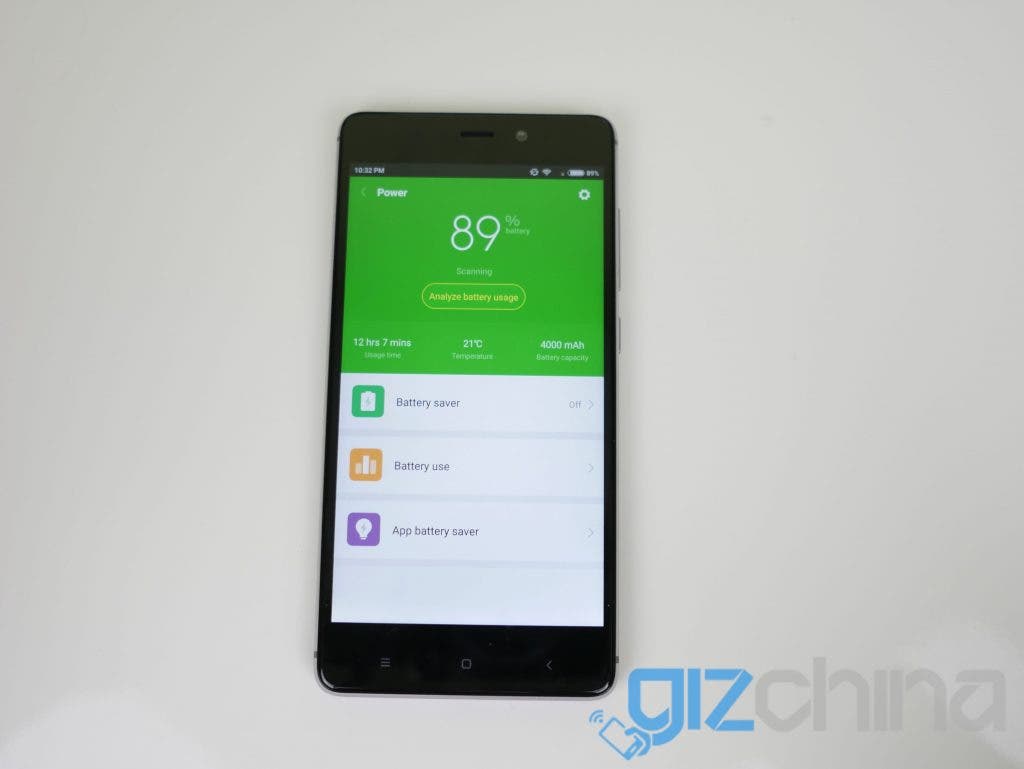 I also did some lab testing with the battery (do I even need to?), and the phone was able to browse the web for almost 16 hours straight and it could play back video for 19 hours in total. Who would have thought that the new Snapdragon 625 was that power efficient? I wanted to do more battery tests but because each battery test took up the better part of a day I was not able to perform more tests on this incredible battery.

The stock charger does not support QuickCharge, so it does take a while (about 2.5-3 hours) for the phone to be charged up. Using my Qualcomm QuickCharge 3.0 charger it was able to charge up to 50% in about 45 minutes.

It’s still using the old MicroUSB connector which is annoying. Heavy and ultra heavy users (like me) can easily go two days without charging, while light and medium users can definitely go four days and possibly even a week without charging.

“The battery is not of this world” 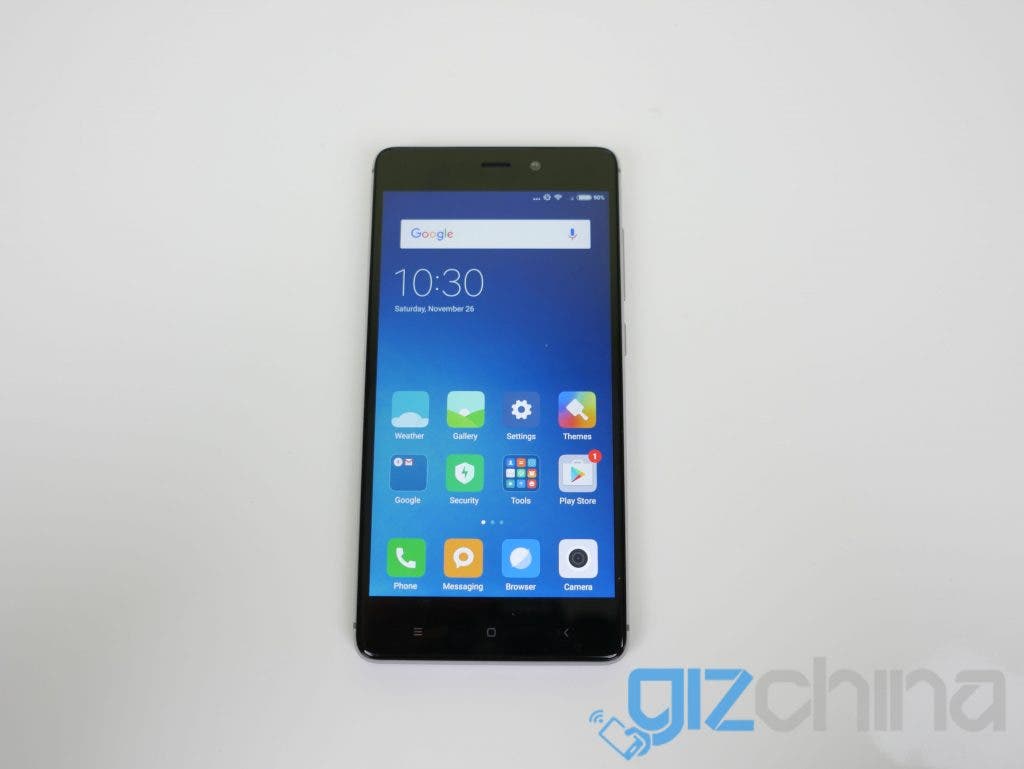 Still not a fan of MIUI, and I’ll be repeating that for every single Xiaomi phone I review. There is MIUI8 over top of Android 6.0 Marshmallow and the included Snapdragon 625 chugs along quite well. I know I usually talk about Antutu at the end of this section, but this SoC as high or higher than some Helio P10 chipsets. Benchmarks do not directly translate into everyday performance, but in this case real world use backs it up.

General use, swiping between screens, and opening and closing apps was all very fast a fluid. Sure, its a tad slower than Snapdragon 821 devices, but not by much. The Snapdragon 625 coupled with 3GB of RAM makes it a very capable multitasker as well. This phone is no gaming powerhouse, but it can play most of the games on the play store with good framerates when the settings are on lowest. 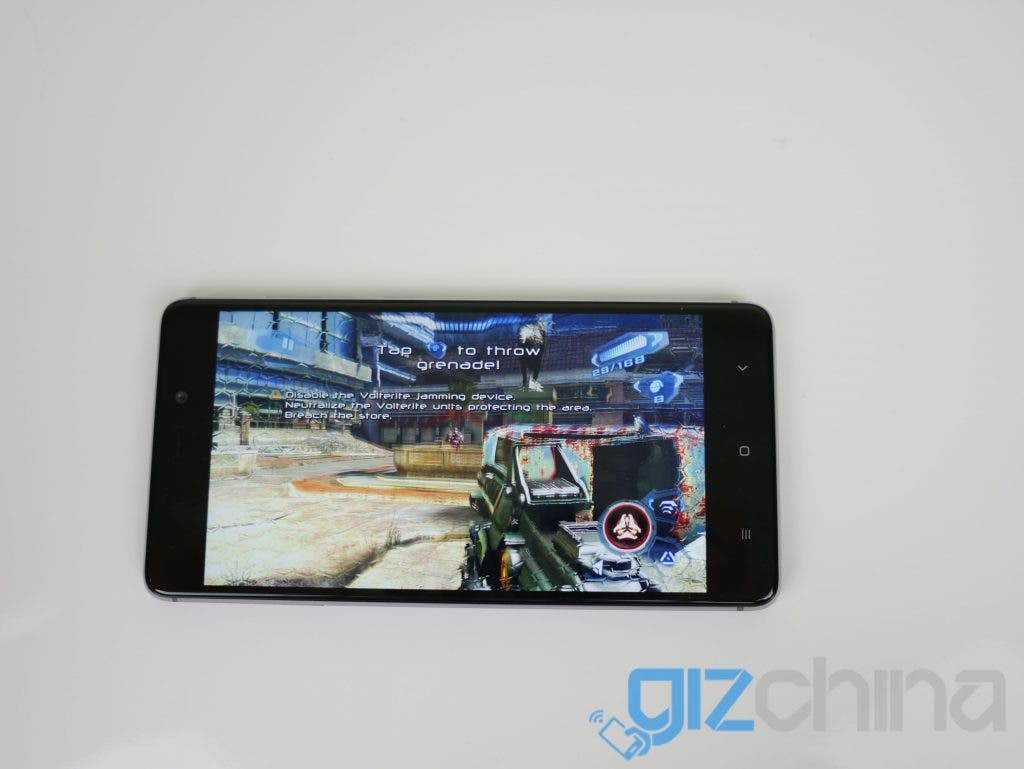 Benchmarks do not directly translate into everyday performance, however real world use yielded some strange results. There was noticeable stuttering when swiping, opening and closing apps and this is most likely because of the software. There is no reason why the 625 should stutter in basic tasks at all and hopefully Xiaomi releases a fix for this.

The 625 is also no gaming powerhouse, yes it can play intense games, but definitely not on highest. The GPU is weak enough to notice some lag if you try playing intense games on highest settings; you’ll have to bump the settings down to medium or low.

I found the choice of network bands strange for a company trying to sell them outside of China. There are actually less FDD-LTE bands and more TDD-LTE bands which are mostly useless outside of Asia. That being said, I was still able to get strong 3G and LTE connections here in Canada, but pay extra close attention to the network bands and make sure it works on your carrier.

WiFi, Bluetooth and GPS all work well, I found that Bluetooth range on the Redmi 4 is actually farther than the Lenovo Z2 Plus, my daily driver. There is also an IR blaster which at this point is kind of useless. There is a microSD card slot that supports microSD cards up to 128GB as well. 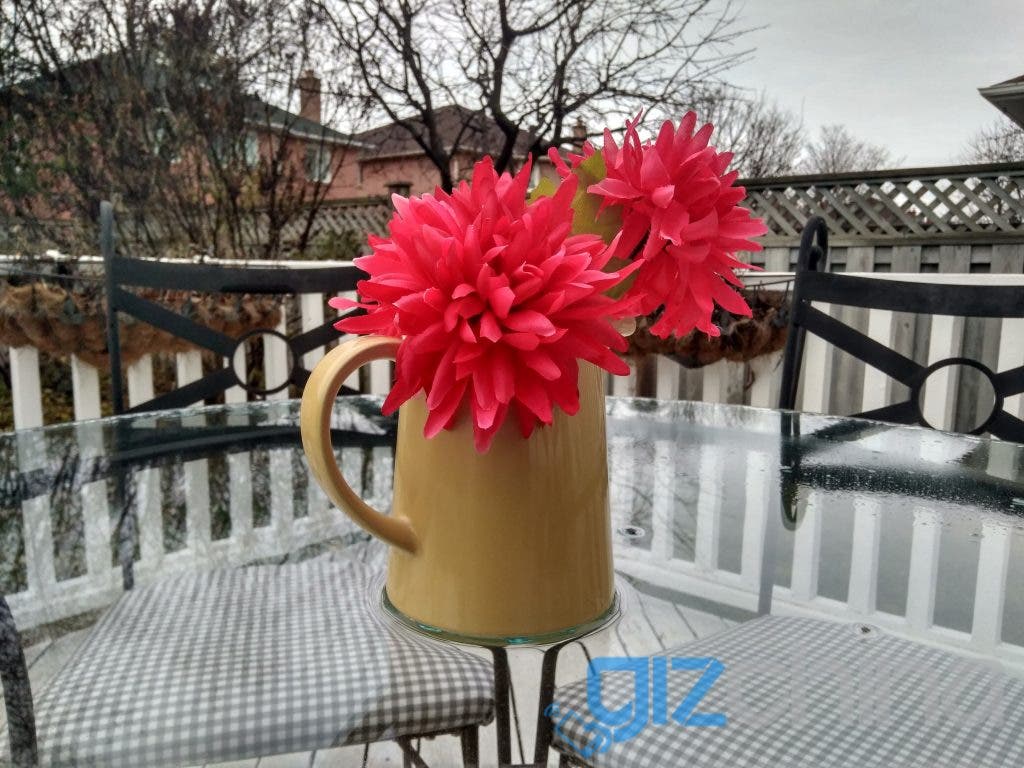 The camera does surprisingly well in great lighting conditions. After seeing the videos and photos of the Mi5s and Mi Note 2, I was prepared to be disappointed, but I was pleasantly surprised. There is more than enough detail in each shot and colours are reproduced nicely. In great lighting conditions, photos are slightly less vivid and detailed than what is found on the more expensive Xiaomi models but still more than adequate. 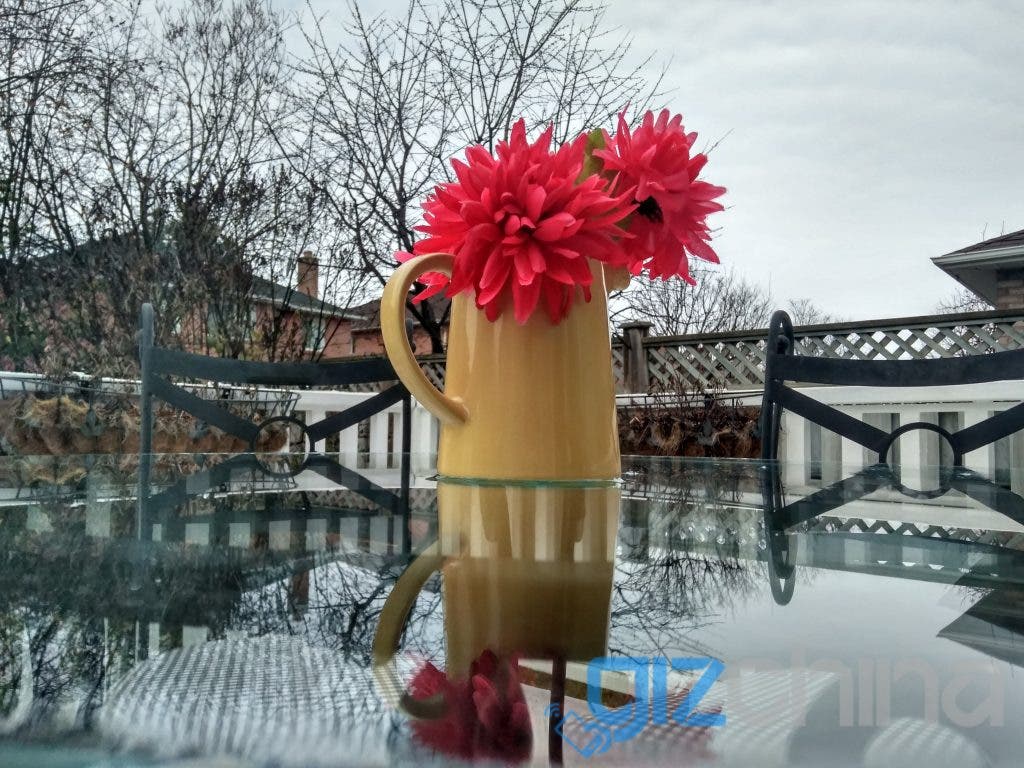 The camera takes photos incredibly fast as well, not as fast as the Mi5s, but competitive. However, move to low light and the picture quality drops much faster than the Mi5s. The front facing camera takes average photos, and low light brings out a lot of noise and grain. The video camera can shoot up to 1080p video and video quality obviously doesn’t match up to pretty much any decent 4k shooter, but its definitely good for a full HD camera. Colours are markedly less vivid compared to the Mi5s though. Low light video shooting is actually kind of bad, not only is there noise and blown out colours, but video starts getting quite shaky. 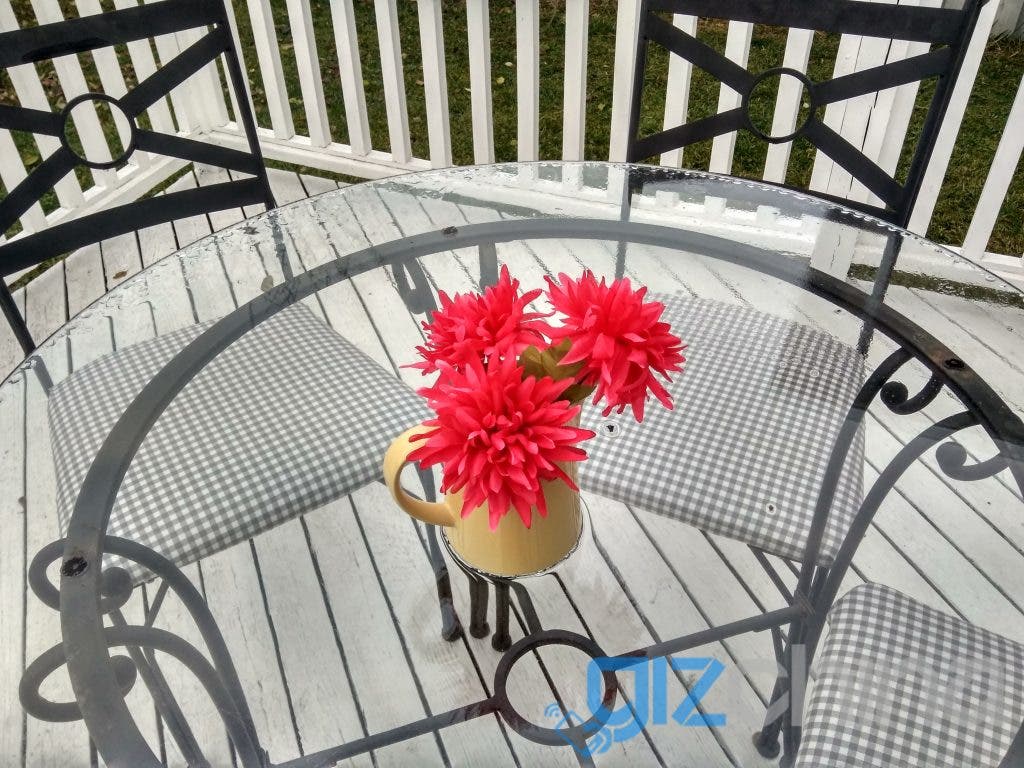 Xiaomi has had a lot of time to refine the Redmi. Each successive Redmi was a big jump from the previous one, but the Redmi 4 Prime is the biggest one yet. Starting at $130, it has made the leap from a budget, low end smartphone into a midrange one, competing quite easily against Helio P10 phones.

As a budget phone kind of guy, this phone represents the epitome of what I consider to be the most consumer-friendly phone, striking a perfect balance between price, specifications, and user experience.

Yes there are imperfections (a subjective one being the fact that I dislike MIUI), the speaker is barely average, and the camera has disappointing low light performance. But the Redmi 4 Prime does so much to advance our mindset of what a budget phone can contain. It keeps other phone manufacturers on their feet, and in the end, the consumer benefits.

Xiaomi has done a great service to anyone purchasing this phone as they have improved on already amazing battery life, giving heavy users two days of battery life which is completely unheard of. This is definitely my top pick for a budget device going forward and I highly recommend it to anyone looking for an amazing device for less.

Note: November 26, 2016, even though this phone was released by Xiaomi at $130, reseller prices rise to around $200 which is ludicrous. Average resale prices hover around $160-$180, and at that price, you might as well purchase a Redmi Note 4 instead. However if you can find the Redmi 4 Prime for $130 or close to that, that is the best budget device you can get.

“The biggest leap yet”

Next Forget the Mi Mix, the Mi Mattress M3 is where it's at