If you’ve been waiting to get yourself a flagship-level phone that doesn’t break the bank, the new Redmi Note 3 is definitely something you would’ve considered. Of course, there’s a couple different versions of this phone, differing in storage and memory.

We posted a review of the 2GB RAM version of the Redmi Note 3 a few weeks back.

This time round, we’re here to talk about the 3GB RAM/32GB ROM version of the Redmi-series flag bearer, which costs $209 shipped internationally. 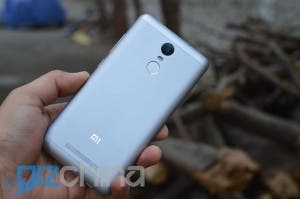 I don’t have too much extra to add to what Andi wrote in his review of the 2GB RAM Redmi Note 3 about the design part of this phone. What I would like to say is that sometimes the extra thickness of the Redmi Note 3 seems unjustified… not only because the phone launched almost in 2016, but also because the battery life can sometimes not live up to what you expect.

If you’ve seen and used any other Redmi Note phone, it’ll be hard for you to distinguish between the new Redmi Note 3 and the older ones on the face alone. However, turn the phone around and there’s a completely new look to it — something that personally reminds me of the Meizu MX5.

What it means is that the rear of the Redmi Note 3 is metal, something that has never happened before. While that does add a lot of ‘premium’ to the feel of the phone, it isn’t really up to the level of the HTC M8s and the M9s… which itself is something wrong to expect from a phone that costs a fraction of the price. But then again its Xiaomi we’re talking about!

Something I noticed while looking around the phone while writing this review is that there’s a bit of a creaking sound when I (lightly) press down on the phone’s body on the bottom block, right next to the micro USB port.

Redmi phones have always been about Xiaomi not taking chances and producing devices that appeal to the masses. The Redmi Note 3 departs a little from that theory, and in more ways than one targets a particular niche of users that like to call themselves ‘power users’. 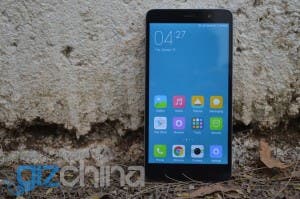 Testimony to that is the metal body and the large 4000mAh battery, something that had never been done before the Redmi Note 3 by Xiaomi. Speaking of, it’s been a bit of a hit-or-miss with the battery for me. While I’ve been able to churn out one and a half days of usage on most cases (and one day i.e., 24 hours with high usage), I’ve been disappointed with the kind of battery % the phone’s been losing in its sleep. This has to do with the software, and as we’ve seen in the past Xiaomi do tend to push half-baked MIUI ROMs every now and then.

No qualms about the performance, however. Despite what you might read or hear, the Redmi Note 3 does offer flagship-level performance… but with a catch. You can’t be a gamer. The Helio X10 is a wonderful chipset (and one that’s made MediaTek popular in the high-end segment among manufacturers), but it’s no secret it doesn’t embed the most powerful GPU around.

Moving on to the display; Xiaomi ship the Redmi Note 3 with a 5.5-inch 1920 x 1080p IPS LCD which is capable of reproducing some nice natural pictures. It isn’t the best 5.5-inch panel you’ll find on a phone, but it’s right up there with the best ones you’ll see on a $250 phone. MIUI allows you to change the characteristics of the display a fair bit, too.

Just like the 2GB RAM version of the phone, the 3GB RAM Redmi Note 3 comes with a 13 mega-pixel rear camera with PDAF (phase detection autofocus) and and f/2.2 aperture. What this means is that the Redmi Note 3 doesn’t quite take the best bokeh shots, but the powerful sensor combined with PDAF makes for a great on-the-move setup.

The camera is speedy without any noticeable lag, and has great focusing speeds, enough for me to not miss the MX5. The picture detail isn’t quite up there with the MX5, but despite that the Redmi Note 3 is a mighty fine camera phone with natural colour reproduction.

I really like the Xiaomi Redmi Note 3 as an all-round phone. But then, many like their phones thin, and with removable batteries and SD card slots… the Redmi Note 3 doesn’t do that.

Also, as mentioned previously, 3D performance isn’t the best. That said, if you identify yourself as a ‘power user’ i.e., someone who’s ready to invest time and energy into making the phone suited to them, doesn’t play games and mostly uses the phone for utility and camera purposes, then the Redmi Note 3 should be on top of your list. 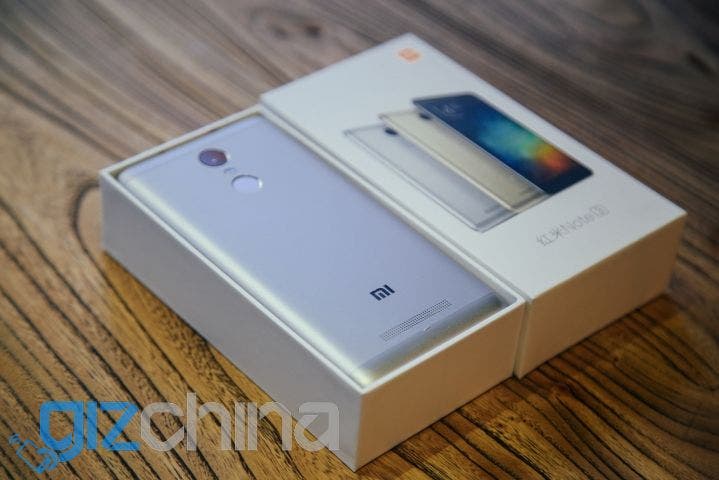 However, if you also need those missing features, you may have to scrape a Redmi Note 2 from somewhere or look at some of the more expensive options.

We’d like to thank Geekbuying.com for shipping the Redmi Note 3 for review.

Next Over 100 Helio P10 phones in the launch pipeline?