The OnePlus 3 and its successor OnePlus 3T surely are two great smartphones from 2016. They are solid, powerful, support Dash Charge and have a competitive price. However there are an increasing number of other Chinese manufacturers that have began to offer similarly strong devices with even lower prices.

As you might have guessed from the title, we’re talking about the Helio X25-equipped Vernee Apollo, so let’s compare it to the OnePlus 3T! 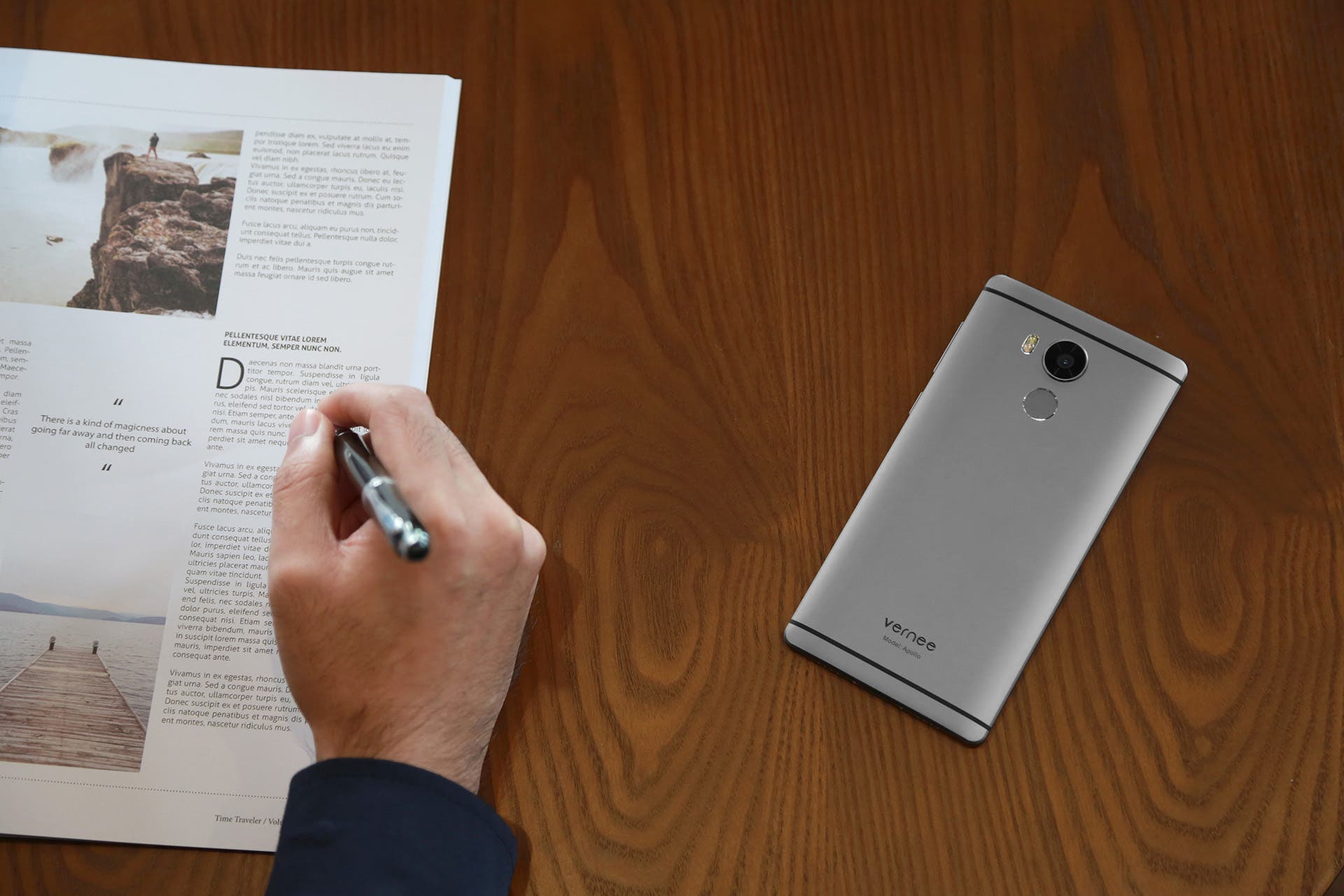 Both the Vernee Apollo and the OnePlus 3T feature a full metal body with up to 98% aluminum coverage on the back (antenna bands excepted). They sport a very similar industrial design with a focus on the simplicity and texture of metal. 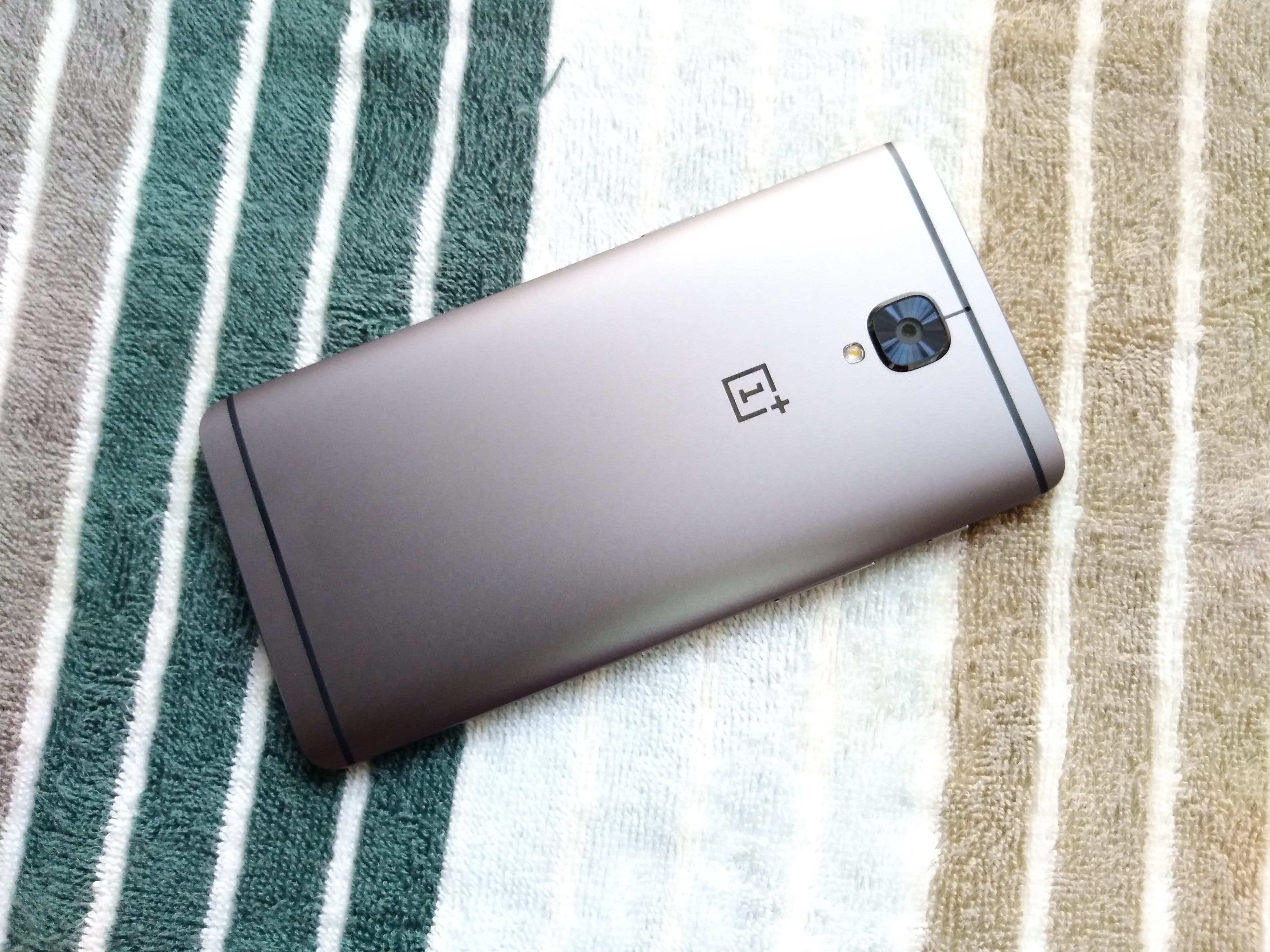 What’s probably the biggest difference between two smartphones is the CPU, we indeed find a Snapdragon 821 on the OnePlus 3T vs the Helio X25 on the Vernee Apollo. The latter, although less powerful, it’s still more than good enough to run most modern 3D games and 2K/4K high resolution videos. Besides the three-cluster deca-core CPU framework allows for more efficient tasks managing and thus increasing battery life. 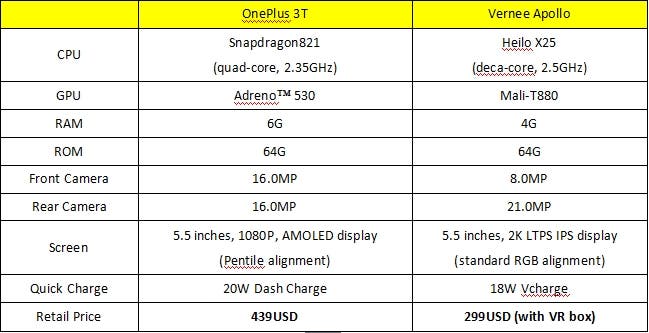 The two smartphones also differ in the amount of RAM as we find 6GB on the OnePlus 3T and 4GB on the Vernee Apollo. Honestly, 4GB is plenty enough nowadays and it will probably be for many more years. You probably won’t see a real difference in everyday use, or to be precise, you won’t have a bad user experience with “only” 4GB of RAM, the phone will still be smooth.

As far as charging speed, both smartphones feature quick charging, it’s called Dash Charge on the OnePlus 3T and it can charge the phone at 20W. Meanwhile the Vernee Apollo tops at 18W, a good result nonetheless. That said, the Dash Charge of the OnePlus 3/T is a proven performer. 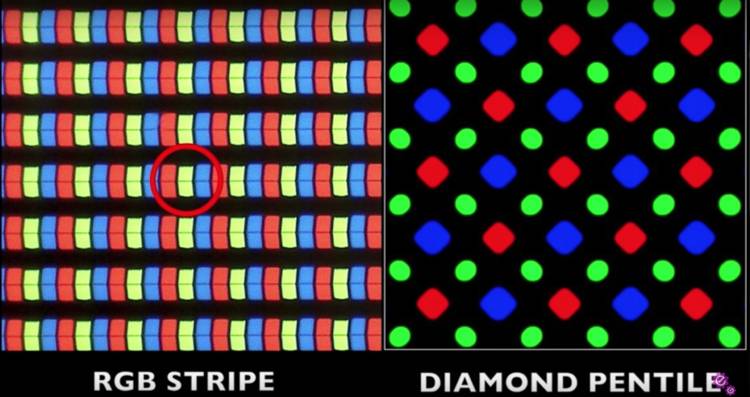 The displays on these two devices are quite different. We have a 1080p AMOLED screen on the OnePlus 3T, which is alright but could be better on what’s supposed to be a flagship killer. What’s less encouraging is the fact that the display uses Pentile alignment, that means the real PPI count of the 5.5-inch phone is 323, instead of the 401PPI 5.5-inch 1080p screens usually feature. 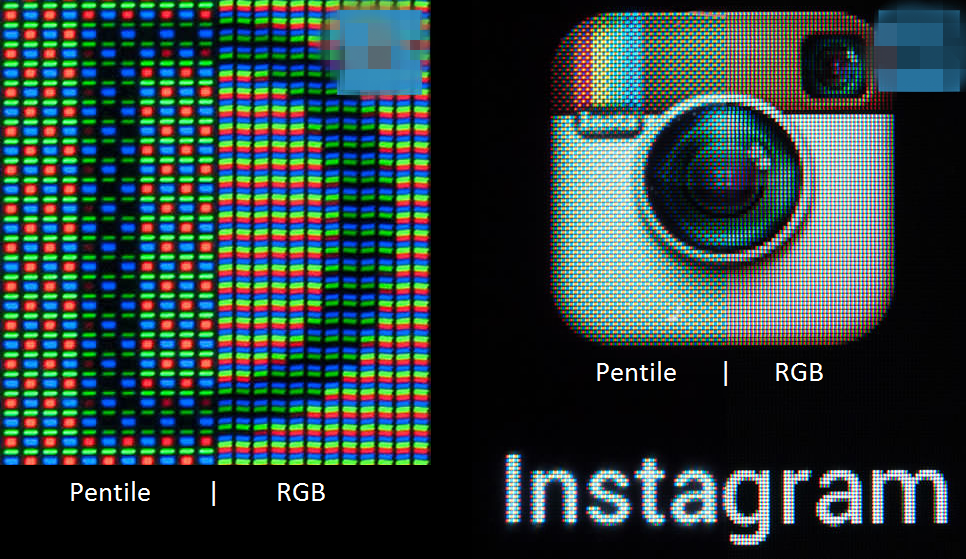 On the Vernee Apollo we instead find a 2K display with standard RGB alignment with a 541PPI count. Which as you can see in the image above, makes a huge difference.

All of this really matter if you do VR, though; indeed the Vernee Apollo ships with VR goggles so that you can play VR games flawlessly at the best quality possible. 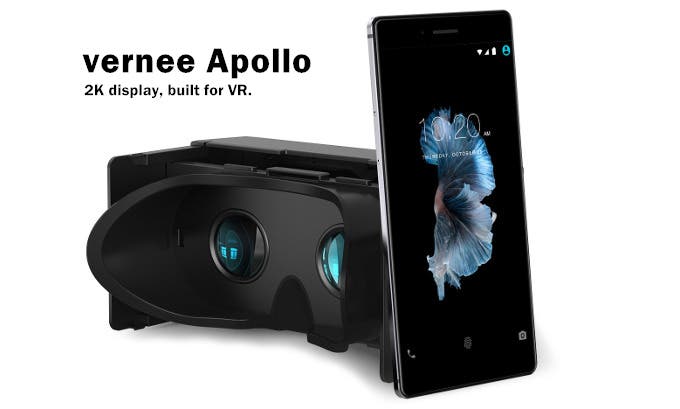 Let’s do a final roundup. The OnePlus 3T is undoubtedly more powerful but Vernee’s AnTuTu lower score shouldn’t be taken as the end all be all. The Helio X25 is a powerful processor and will execute most tasks effortlessly, this together with the 2K display on the Vernee Apollo, makes the phone a good contender. 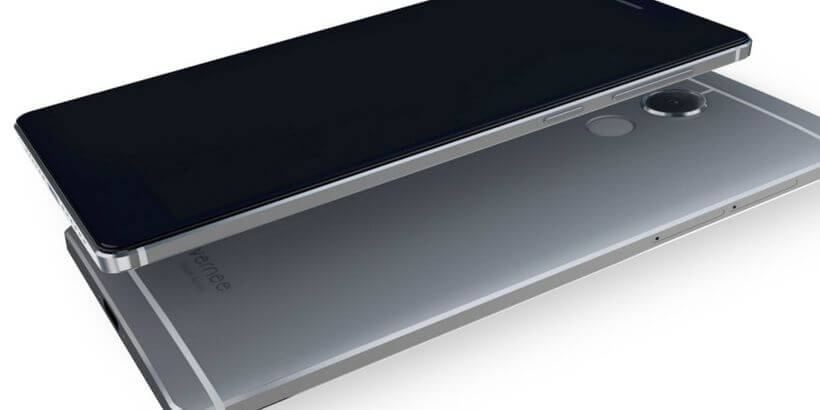 Lastly, we can’t avoid mentioning price, the OnePlus 3T is priced $439 while the Apollo costs $299. If you don’t really care about spending more then go with the former, if instead you’re looking for a good price to specs compromise and you’re interested in trying out VR games, then consider getting a Vernee Apollo. 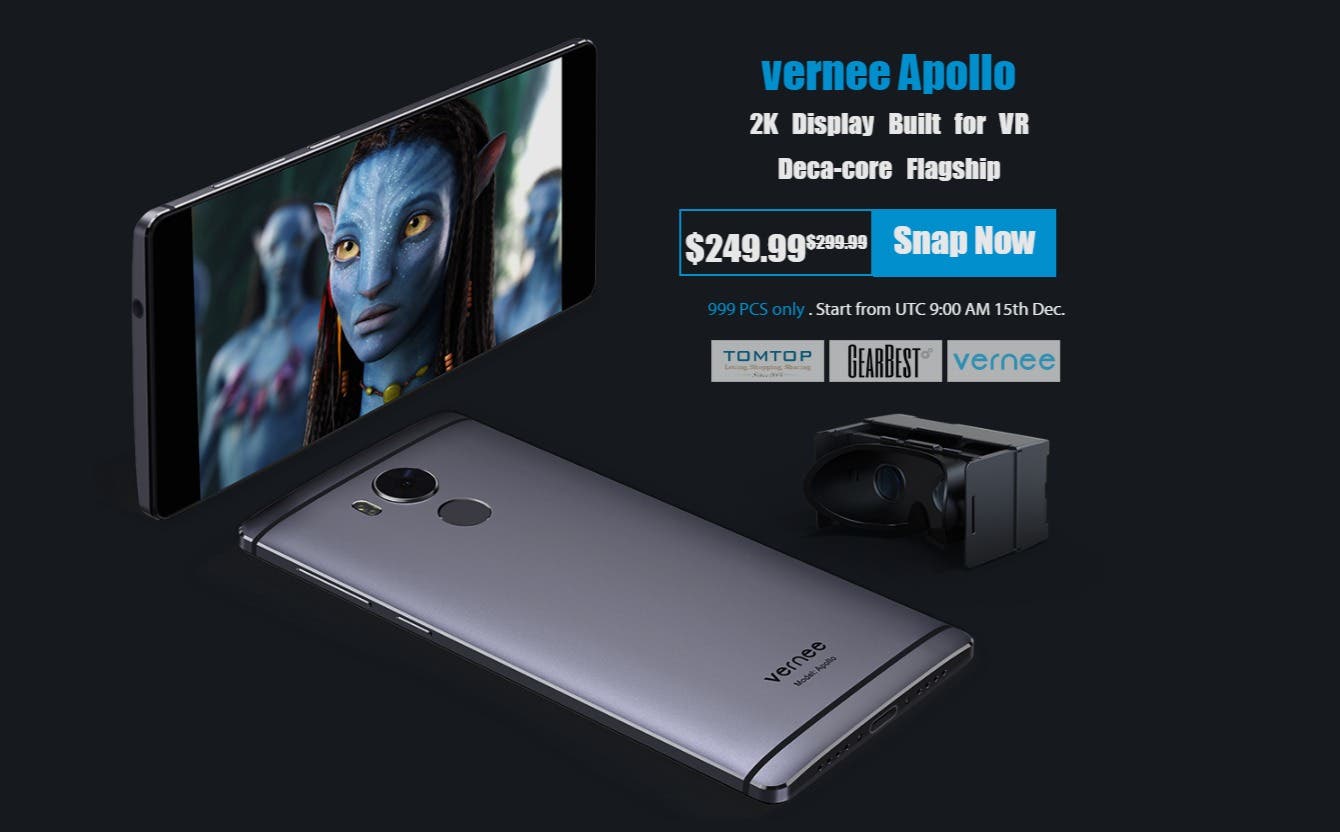 They also have their Christmas Gift Pack on sale for $299 and it includes: the phone (duh), a VR headset, a case and a screen protector.

You can find more info about the event over here.