Xiaomi have announced the second-gen of their extremely popular (and my favourite) 20,000mAh power bank.

This accessory has been announced at an aggressive price of just 149 yuan in China, that turns out to be around $21. This new power bank is all set to go on sale in China starting the 19th of this month, i.e., coming Monday.

That said, GizChina readers should expect to be able to purchase this gadget from overseas shippers… the usual suspects. Of course, at a bit of a markup ($30?)!

As you can notice from the pictures, the power bank is extremely similar in design and form to the existing version. That said, there’s a bit of a change in the insides of this power bank — it no longer comes with 18650 cells. This time around, the power bank is also certified to work with Qualcomm QC 3.0 devices. 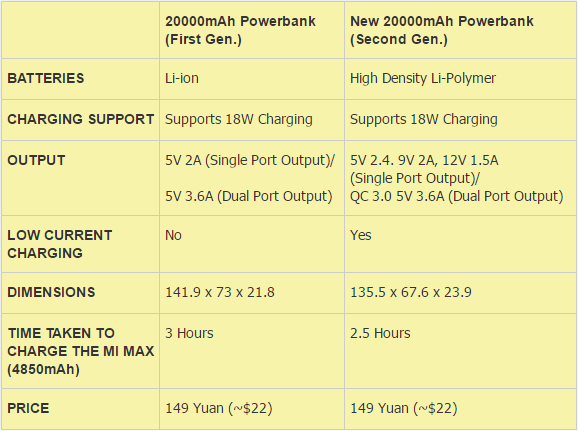 What is good is that it carries the exact same price tag as the previous one!