We’ve already compared these two phones in the past as they both feature what appears to be the new trend in smartphone photography, i.e. a dual camera setup. The BLUBOO Dual and Oukitel U20 Plus are very similar on paper, but how do they compare in real use scenarios? 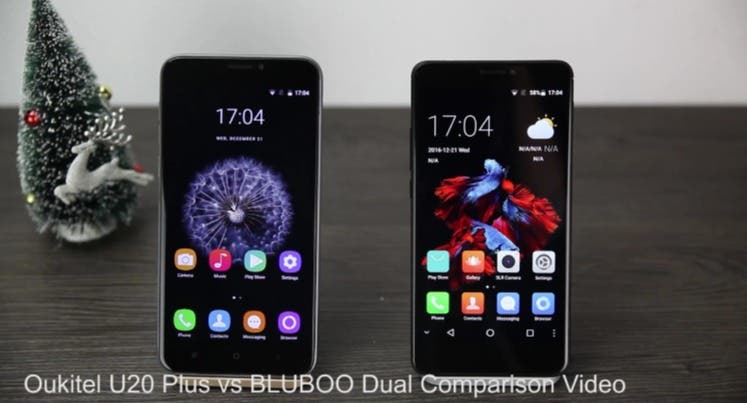 Before we get to the video, let’s go quickly through their main specifications. Most of their specs are absolutely identical, from the 5.5-inch SHARP display with Full HD resolution, to the MediaTek MT6737T processor, 2 GB of RAM and 16 GB internal storage (expandable). They also share the same 13.0MP primary rear camera with Sony IMX135 sensor, an 8.0MP front camera, a rear fingerprint scanner and run Android 6.0 out of the box.

Let’s get to the video now:

The video begins showing us both phones from a pure aesthetic point. The back cover of the Dual is made from aviation-grade aluminum alloy, presenting matte black finish while the U20 Plus uses poly-carbonate material. In this case the Bluboo Dual definitely looks more premium and attractive, also considering the fact that the Dual is lighter and thinner than the counterpart. 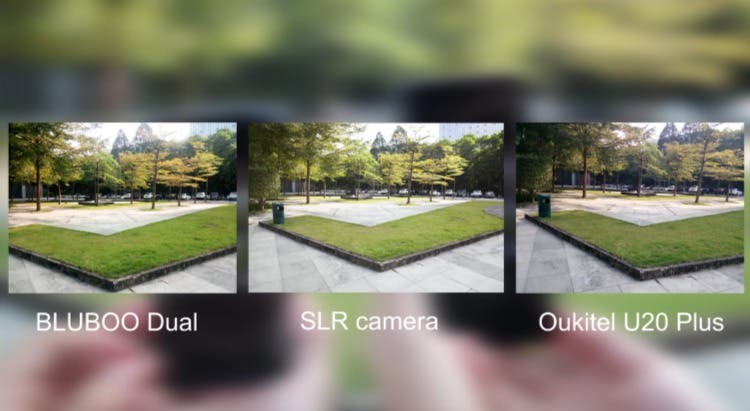 Then we have the comparison between the two phone’s cameras performance. Both handsets feature the same 13MP primary camera but the Bluboo Dual uses a 2.0MP secondary camera vs the 0.3MP on the Oukitel U20 Plus. In the video we see how the Dual’s camera has a faster focus and higher shutter speed as well, which increases sharpness in photos (less blurry). 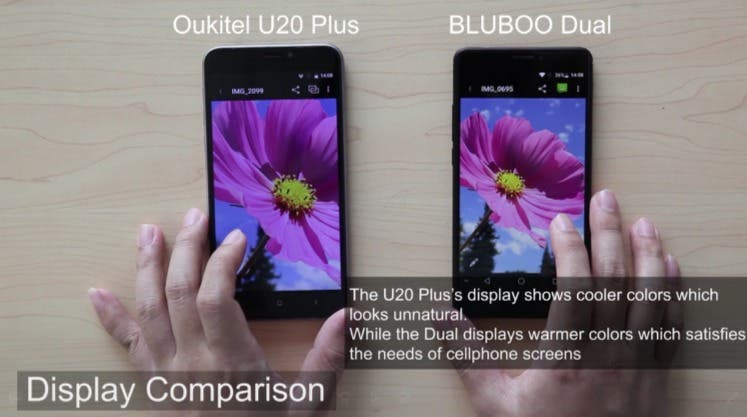 Even though both phones feature a 5.5-inch SHARP Full HD displays, the screen on the Bluboo Dual looks more vibrant and vivid than the one on the U20 Plus, albeit I can’t say for certain if that’s due to the screen itself or some software settings. Bluboo also say that the Dual’s display can respond to a wet or wearing gloves hands, which would be pretty useful.

It’s worth mentioning that the Bluboo Dual features OTG, absent on the Oukitel U20 Plus, as well as a gyroscope.

In the end, the Bluboo Dual appears to be superior in almost everything to the Oukitel U20 Plus, which considering they are on sale for about the same price, makes it a best buy. 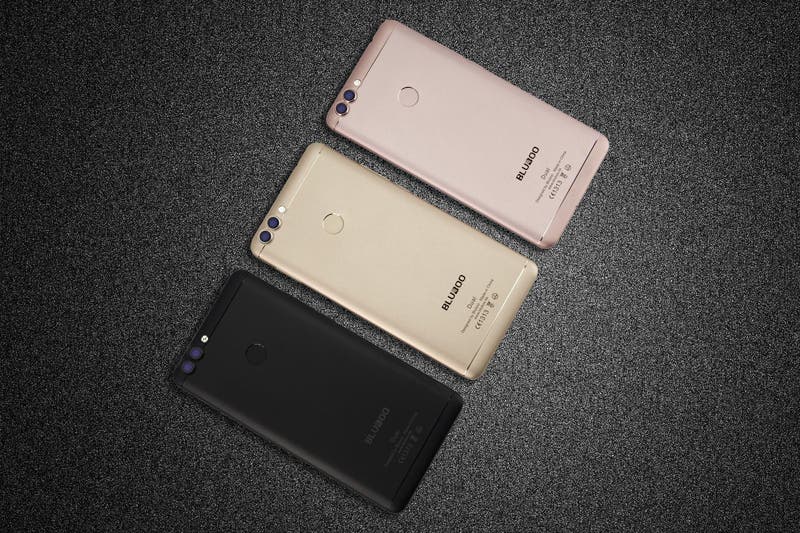 To know more about the Bluboo Dual, check out Bluboo’s official website.

Note that the “BLUBOO 2017 new year” sales event has started and lots of discounted BLUBOO devices are available. You could even purchase a Dual model for $99.99. You can find more about the promotion at BLUBOO’s website or at BLUBOO’s official AliExpress store.

Previous Watch: Hands-On of the new NO.1 G3+ Smartwatch with rotatable bezel ring