The MGCOOL Cam 360 is different from most of the action cameras, as it adopts a dual fisheye lens system to capture 360 degree videos, allowing you to capture everything around it. But what’s a fisheye lens and how does it work? Let’s find out!

The name fish-eye comes from the American physicist Robert W. Wood, who reported that he took a photo with a 180° angle of view using a camera with which the space between the pinhole and the dry plate had been filled with water. He described it as the way a fish would see the external world from the water.

As we all know, the shorter the focal length, the greater the angle of view, the deformation is more intense due to the optical principle. This makes the center of the image look bigger and the external parts appear distorted and far away, producing a strong visual effect. 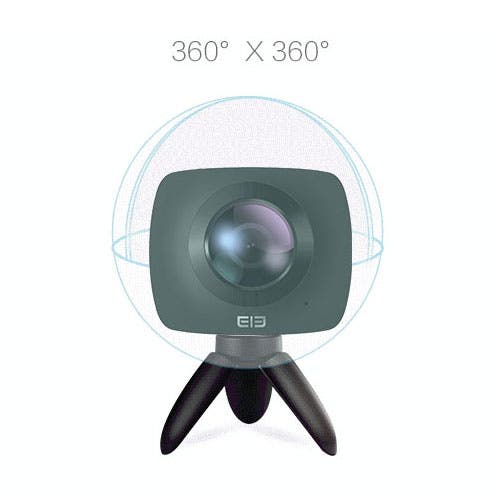 Unlike other fisheye cameras, the MGCOOL Cam 360 can use both lenses to avoid the conversion problem and record memorable 360° degree videos. Just like Samsung, Ricoh and LG’s panoramic cameras, which all use dual lens design to achieve a better panoramic effect.

Next Uhans U300 marketed with some medieval flair twists