Acer lost its mind once, and now they’re back at it again. They’ve prepared several new computers for CES 2017, and it’s a killer lineup from the looks of it. A whole line of devices for multiple different markets.

These devices are all quite unique and fit in different segments of the market quite well. Between the budget models, to the top-end gaming laptops, what does Acer have in store? Let’s take a closer look and find out exactly that! 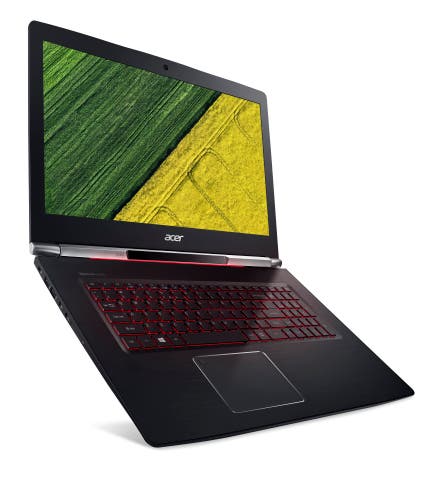 The main stars of the show, the V Nitro laptops are notable for multiple reasons, but one in particular sticks out from the rest. It’s the first laptop to bring together Tobii’s eye tracking technology and Microsoft’s Precision Touchpad (PTP) platform. This will make navigating the OS much more intuitive, as well as provide certain extras in some games.

Both V Nitros can be configured with a Nvidia’s GTX 1060, 7th generation Intel Core i7 H-series processors and up to 16GB of DDR4 RAM. Display specs go all the way up to 4K displays, which is helped by Acer’s Color Intelligence system. This system changes the gamma and saturation of the display in real time.

Of course, none of this comes for cheap, and the Nitro series of laptops start at $1,199, which is on the pricey side for most consumers. And that’s just for the lowest configuration. If you’re interested, it goes on sale later in February, which isn’t too far off now. 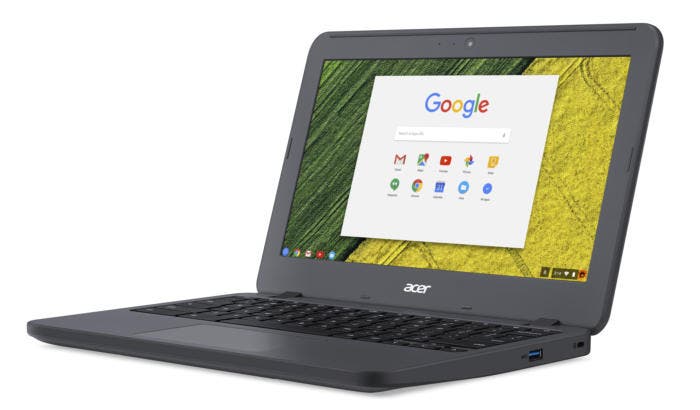 On the much tamer side of things, we have Acer’s latest Chromebook the 11 N7. In typical Chromebook fashion, the device is a simple looking device. This is all on purpose, of course, as the unlike the previous device the Chromebook 11 N7 is built to last.

The 11.6-inch Chromebook itself can take up to 132 pounds of downward force on the top cover. N7 can survive drops up to 48 inches thanks in part to its corner-shield structure and rubber bumper keyboard. It also has a reinforced case and hinges, which can only serve to make the device more durable.

On top of all that, the N7 also features an anti-slip pattern on the rear to keep it from slipping. Finally, it has a new spill-resistant keyboard that can drain up to 11 ounces of liquid. Useful in case you spill something like water or coffee on your Chromebook.

Specs-wise however, it’s simply nothing special. There’s Intel Celeron dual core processor N3060 with a clock speed of 1.60GHz, 4GB of RAM and the choice of either 16GB or 32GB of storage. On the bright side, the device’s battery is claimed to be able to last for 15 hours. Pricing is rather steep at $229 for the specs, but it’s not bad if you need something durable. 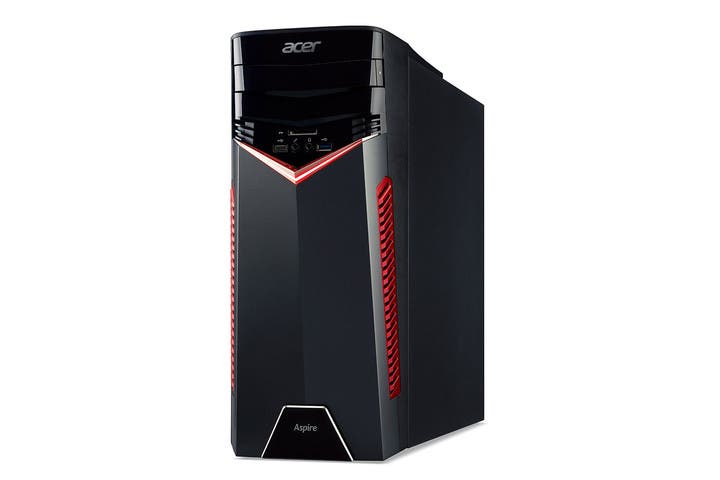 Of course, you can’t just have a whole bunch of laptops without a desktop, right? Design-wise, we return to the gamer look of the V Nitro laptops, and for good reason. The Acer Aspire GX is clearly a gaming desktop from all perspectives.

For starters, the Acer Aspire is no compact gaming solution like Asus’s VivoPC X. It’s a towering behemoth of power, and its specs and features reflect exactly that. I mean, for crying out loud, it even has an integrated wireless charging deck built into the top of the case.

Taking a look at the specs, it appears the Acer Aspire GX is configurable. Inside the machine, you can have up to the GTX 1070 GPU, 64GB of RAM, 256GB of SSD storage and 3TB of HDD storage. Some pretty monstrous numbers here, though keep in mind that’s the maximum. The price will reflect the changes made.

Speaking of pricing, the Acer Aspire GX will go on sale in China and Europe first. It’ll set you back at €799 in Europe and ¥5,999 in China, which roughly translates to $840. We imagine it’ll come to other markets like the US pretty soon. 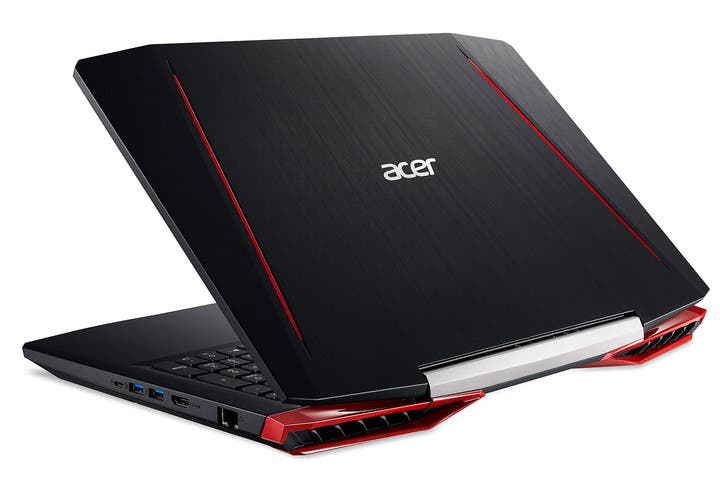 Well, here’s brand new device we’ve never heard or seen before. It also seems to fall into the gaming category with its specs and flashy red chassis. The VX 15 uses a seventh-generation Intel Core i7-7700HQ, paired with a GTX 1050 GPU with 4GB of GDDR5 VRAM.

Up to 16GB of DDR4 RAM is available from the start, though the laptop supports up to 32GB of RAM. On top of that, Storage options include up to a 512GB SATA 6 SSD paired with a 1TB 5400RPM HDD.

Dual fans keep the chassis cool, and the VX 15 also includes Acer’s TrueHarmony sound technology with Dolby Audio Premium and Skype for Business certification. Input is provided by Acer’s FineTip backlit keyboard and the touchpad is another PTP touchpad.

Unlike Acer’s brickish Predator line of laptops, the VX 15 seems to be a much sleeker gaming laptop. with its angular, slender body and fairly powerful components, we imagine it could carve a niche for itself. It’ll start at $799 in North America it’ll go on sale in February, like the rest of the launched laptops.

The Predator 21 X (with curved display) 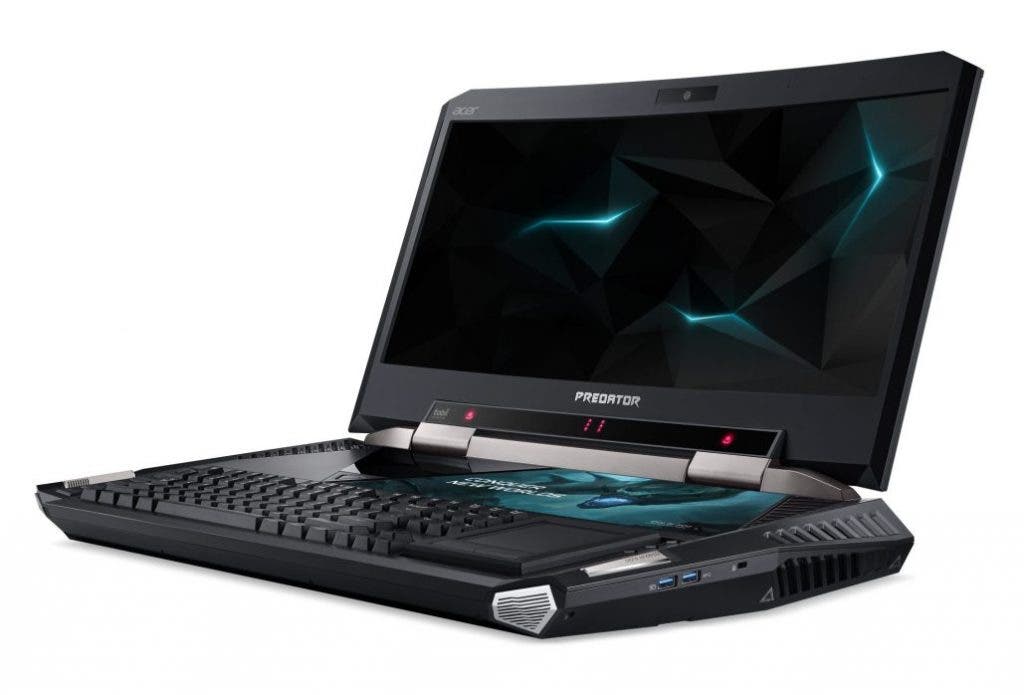 And here we have the very definition of overkill, now in gaming laptop form! Because just look at that thing, it’s a hulking monster of a laptop, what on Earth even? Mixed emotions aside, let’s just break this thing down slowly and calmly. 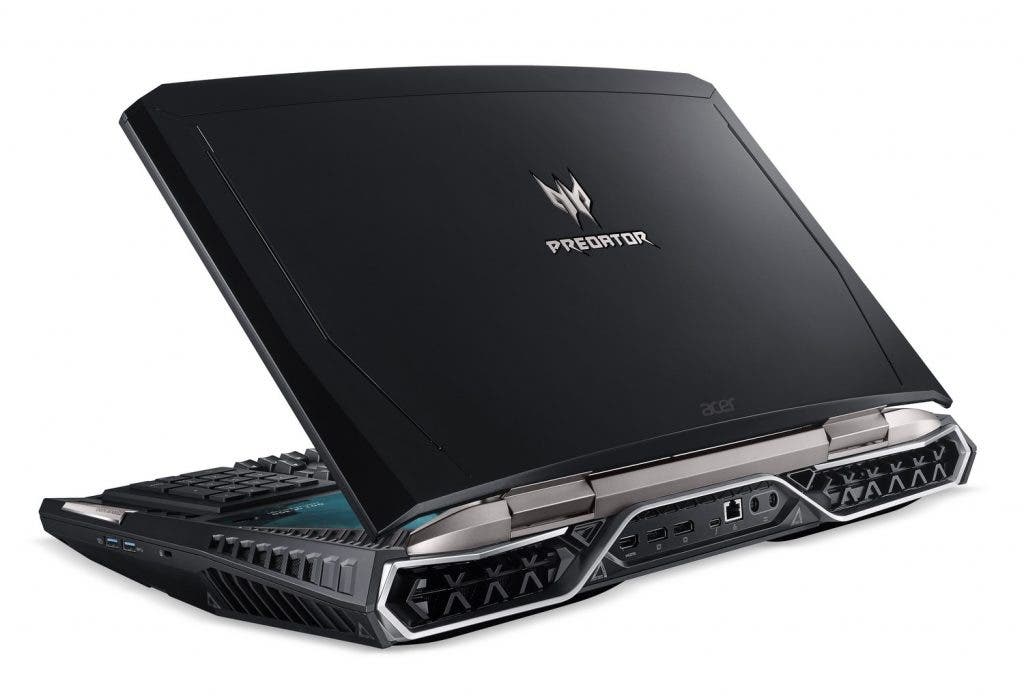 On top of that you’ve got 64GB of DDR4-2400 memory, up to four total 512GB solid state drives in RAID 0 configuration (including two, faster NVMe PCIe SSDs) and a 7200 RPM hard drive with up to a solid 2TB capacity. (INHALE)

It’s also got a complete smorgasbord of I/O, with USB 3.1 Type-C with Thunderbolt 3 support, USB 3.0 with always-on charging, and three more USB 3.0 ports. An HDMI 2.0 port is available for UHD output, along with two DisplayPorts which support G-SYNC output. Oh, there’s also an SD card reader, which is always a nice thing to see. 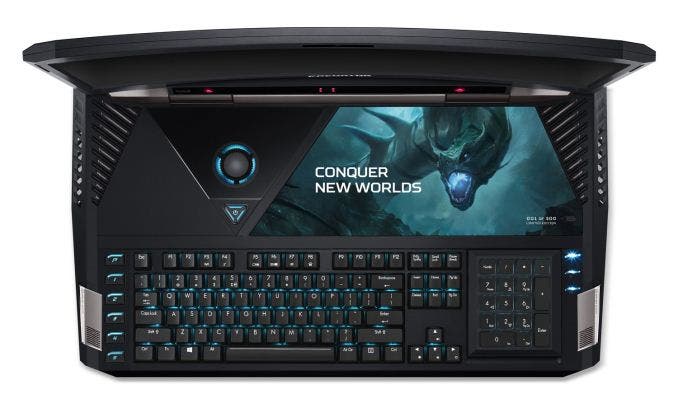 AND WE’RE NOT DONE YET FOLKS! The cooling system of the Predator 21 X features five fans, with three of them being “AeroBlade” metal fans, and nine heat pipes. To keep it clean, it features Acer’s DustDefender, which (shockingly) helps remove dust. Acer also allows the fans to be controlled with their CoolBoost app for those intense gaming sessions.

And now let’s move on to the audio section, shall we? Acer has a three-way speaker set, with a tweeter, midrange, and woofer, and there are a total of six speakers in the laptop. There are two tweeters, two midrange, and two woofers. Yes, you heard that right. Acer boasts that it’ll produce a ‘whole spectrum of sound’ and we’re inclined to believe them, whatever that is. 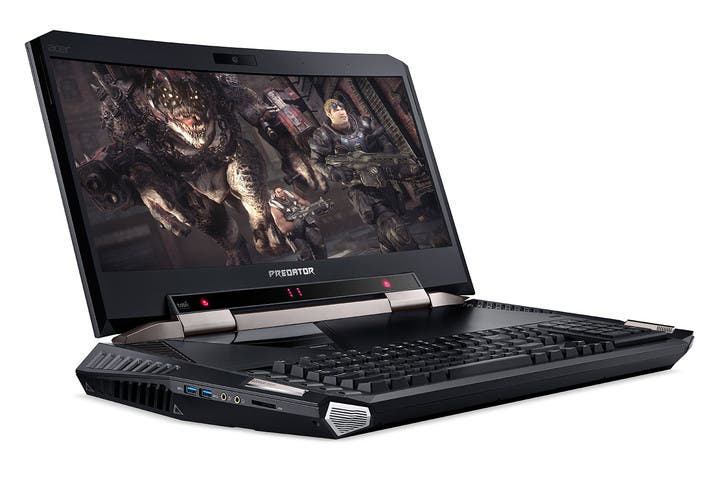 And to top it off, we’ve got the keyboard, number pad and trackpad. The keyboard uses Cherry MX brown switches that include individually lit LED lights, programmable to 16.7 million colors. Regarding the numpad, it can be flipped over and turned into a Precision Touchpad. And on top of all that, we also get the same Tobii eye tracking technology from the V Nitros.

Just in case you thought they might have missed a feature, Acer is also including a Windows Hello IR camera for facial recognition login, and they include Xsplit Gamecaster software as well. Looks like they thought of everything. 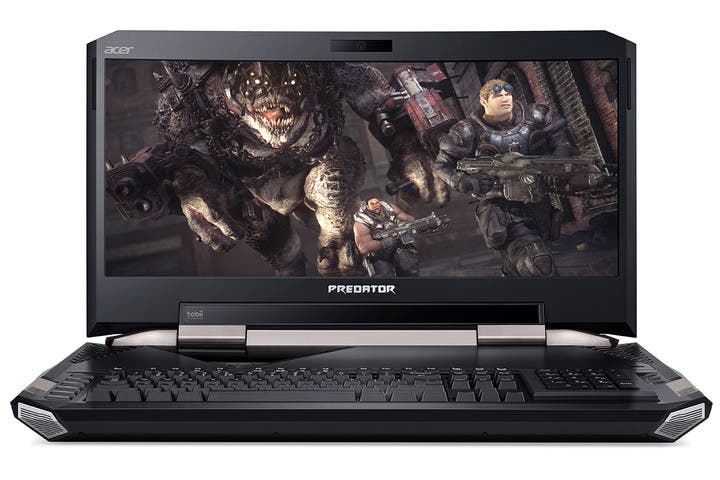 The whole thing is, predictably, very heavy at just about 9KGs. This is much higher than the average person is willing to carry, but it’s STILL NOT AS HIGH AS THE PRICE! So, how much would this monstrous behemoth of a device cost you? Well, for the low price of $8999, you can take it back home today! Well not literally, it’s going on sale in February, but you get what I mean.

And with that, we’ve come to the end of Acer’s launches today. What was the most interesting device in your opinion? Which one could you actually see yourself buying? Tell us your thoughts in the comments section below.