If you follow our web daily then Elephone S7 is surely not a surprising name for you. It’s a design focused phone and the manufacturer is trying to present it as just that. The brand is of course well established at the market so customer already has some idea about what to expect and the S7 will deliver. Unfortunately the hyped curved display has no real function and it’s there just for show. It’s definitely not a reason to buy this device just because of that.

When I saw the box for the first time I though I’d be making a review of an older model from Xiaomi, because Elephone used the same “color” of cardboard like Xiaomi once did. In order to make it clear they added a big letters spelling Elephone S7 and the company logo. There is nothing more to it so let’s move to the content inside.

First to greet you upon opening is the phone itself lying in a plastic cradle and while it’s not a luxurious packaging with extra accesories still there is a screen protector and a silicon protective case hiding below it. And in two smaller compartments a charger and a charging cable too.

The phone weighs 148 g and its dimensions are 150,4 x 73,2 x 7,6 mm. In comparison with Xiaomi Redmi Note 2, which I have at home, this phone is looks thinner and fits better in hand. Overall it looks smaller than the “usual” 5,5-inch phones.

Elephone S7 has a metal frame manufactured using CNC technology but a bit unfortunately . Side edges have a trapezoid shape so when you place it on a table your fingers slide on the edge itself. If you are not a girl with long nail that is. Side bezels around the display are minimal so it accentuates the curved display effect and the top and bottom bezels are fairly thin as well.

There is only one hardware button in the front and i can’t tell if Elephone got inspired by Meizu or anything, but this button functions the same with Home, Context Menu and Back features attached to it. And also a fingerprint scanner integrated into it. Unfortunately I soon discovered that the button clicks and wobbles a bit, it doesn’t fit precisely and ruins the whole impression of the not-so-bad build so far . Above the display is a front camera lens, speaker and a proximity sensor.

The back of S7 is well known from the renders leaked to the public. Yes, it changes colors and helps the whole premium impression, but it’s also a fingerprint and smudges catcher. But the surface is sort of “sticky” so the phone doesn’t slip in hand. Sadly the back cover doesn’t extend fully to the edges so the metal frame is visible and you can use it for grinding your nails because it’s about a millimeter thicker than the cover. And of course I managed to scratch it in just a few days.

At the chin, there are solid- playing speaker grilles with a microphone and a USB type C port in between. Right edge contains the power button and the volume cradle, the buttons are easy to find, work perfectly and are well built into the aluminum frame. On the left edge there is a hybrid slot for either two microSIM cards or one microSIM card and one memory card (up to 128 GB capacity).

The top edge houses an antenna and a 3,5 mm jack which is for some reason slightly moved a bit deeper than usual. The overall unibody construction feels solid, no bending or creaking bend and fits in hand well.

The front side houses the 5,5- inch IPS LCD display (there is also a 5,2-inch Mini version) with LTPS manufacturing technology (Low Temperature Poly Silicon) and FullHD 1920 x 1080 resolution (480 dpi). It’s slightly curved but not so much as you would expect and it’s protected by 2,5 D glass. Curved keyword just sells and Elephone decided to just copy the Samsung Edge , but without the finesse.

The reality is simply cruel. The display has nice vivid colors, no visible pixels and has everything a customer might want except the real curving. Yes, there is slight curving at the edges but it’s so minor that you can’t be sure whether it’s there until you look closer. There is also a problem when you look at the edge under a different angle than 90 degrees because it turns a bit greyish right where they bend (unfortunately it’s not much visible at the pictures). You can adjust the colors thanks the MiraVision technology even though I don’t think it’s so necessary.

Smooth performance is managed by the deca-core Mediatek processor Helio X20 (MTK6797M) and with the graphic chip Mali-T880 its has enough power to even appeal to gamers. In the Antutu test S7 scored about 76 569 points which is certainly a solid result.

To get a good Antutu result you need more than just powerful processor and GPU and while there are lower spec versions of Elephone S7 (e.g. 2GB RAM + 16 GB ROM) our model had a hefty 4 GB RAM and a 64 GB of internal storage (up to 50 GB of free space), which can be extended by microSD card.

But enough of boring synthetic tests, time for some real world game and app tests. My experience with both is pretty positive and the phone proved it can handle almost anything with ease.. I played NBA LIVE mobile Basketball, Gear Club, Asphalt extreme and Gangster Vegas to my full satisfaction.

Are you expecting a clean Android build ? Well here it is present with a few extra programs, without any bloatware apps and a smooth OTA update setup. I received the device with the pre-installed Android 6.0 version and right after I connected to the WiFi it notified me of an update already waiting to be installed. So it’s clear then that Elephone are trying their best to take care about the updated properly. Not much else to be said about the system, everything felt fluid and lag-free, without any crashes or instability.

I have to say I was pretty pleased with the fingeprint scanner integrated into the Home button. The scanner boasts about 0,1 second unlock speed, but in reality, it is surely slower but still fairly above the average. Recognition can be sometimes refusing to register your finger, but that’s just normal for more or less any scanner and just trying the finger again will solve it. The button also doubles as Home function button as mentioned before and the third feature is activated by mechanical pressing for waking up the phone and long-pressing gets you the ist of apps running in the background. You can store up to 5 fingeprints and you can also set it for unlocking individual apps for better security.

Elephone S7 has a non-replaceable battery with 3000 mAh capacity and it performed just about as I expected. Let’s not be greedy so let’s forget about full two days of usage right away. The actual battery life is the usual day and half of normal usage when you are not torturing the phone with too many extra tasks and especially heavy gaming.

As mentioned before the phone has a hybrid slot for either two SIM cards or one SIM paired with a microSD card. Supported LTE bands are 1/3/7/20 so for those unfortunate needing the band 8 it’s a bummer. Turbo download feature can speed up a bit the downloading if you boost it up with simultanous usage of WiFi and 4G together.

Signal sensitivity and call quality both turned out to be satisfying so really no complaints there, in fact a shout out to the proximity sensor working fast and flawless. Elephone S7 supports dual band Wi-Fi a/b/g/n so had also no problems with connection, everything just worked fine and trouble free.

GPS worked pretty great too, it supports A-GPS and GLONASS and first lock was established in about twenty seconds with subsequent attempts in under five seconds. The FM Radio is a pleasant bonus and of course it works only with headphones attached.

The front selfie camera has 5 Mpix resolution and f/2,4 aperture so don’t expect anything magical, but for Facebook shots it would do just fine. The rear camera should be theoretically a different animal with 13 Mpix resolution,automatic focus ,dual LED flash and f/2.2 aperture, but still not anything impressive. The maximum possible resolution offered was even 15 Mpix so there is some sort of software interpolation present too. And the picture quality ? Well nothing groundbreaking with proper light the results can be pretty good, just check the pictures around. One of them is also taken with maximum zoom to showcase that.

The camera has a continual focus feature on a chosen object but still the automatic setting is not so reliable and you will always get better results manually. Like me with the following two pics where you can compare the automatic fast snapshot with a manual focus with firmer grip and everything.

As for the HDR setting i haven’t notice much of a difference using it as you can see in the following pics, but maybe it would just need some more extensive testing. At least the selfie function “V” finger function can be pretty handy, the camera will instantly recognize it and takes the shot in just 3 seconds. 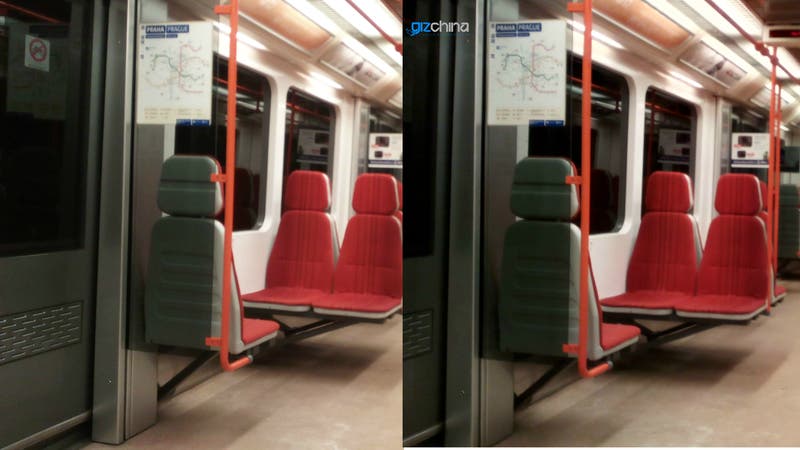 Video settings are a bit too basic and even though S7 can theoretically shoot 1080p videos the resulting video in the “highest” selectable quality is really nothing so special, just see for yourself below.

If you take into the account the retail price of Elephone S7, which is currently $229 and put it against the hardware inside (Helio X20, 4 GB RAM+64 GB ROM) and appealing design then you are getting your money’s worth. The phone looks gorgeous and even though the whole “curved” feature is a bit overplayed still it feels nice. It’s a bit heavier than the similar sized phones, but that’s due to the solid metal body. On the other hand it’s also smaller than other comparables thanks to very thin bezels and solid dimensions. Camera performance is mediocre, but with some skill you will get decent results too. Elephone certainly can feel proud about the S7 model and it can be a very good option in the midrange segment.

We would like to thank the Elephone company for providing the review sample for us and you can buy it for example in here.

Next GizChina Giveaway (yes, another!): Win a Geotel A1 IP67 waterproof rugged phone!