One of the youngest and most popular smartphone manufacturers, OnePlus has created waves in the global community and carved out a niche for itself over the past year. However, the Chinese company has also been in the news for the wrong reasons.

Reddit contains customer accounts of delayed shipments as far back as August 2016. Carl Pei apologised publicly for the “messed up” launch of OnePlus One and OnePlus 2. The popularity of OnePlus smartphones worked against them as the young company could not keep up with shipping the required quantities.

The latest flagship model faced the same problems. The demand for OnePlus 3T far exceeded expectations leading to difficulties keeping the phone in stock. But as far as we can tell, long shipping times are about the only drawback of owning a OnePlus smartphone. In a new turn of events, OnePlus has announced an ambitious new year’s resolution – immediate dispatch.

“A New Year means a new start. Our goal for this year is to once again deliver the best technology to our community,” says the announcement on OnePlus Forums. “It’s just as important to do so as fast as possible though, so we’ll be looking to reduce our delivery time.”

As of now, immediate dispatch is available only for OnePlus 3T Gunmetal 64GB and that too only in EU and North America. OnePlus also adds that the offer may not be a permanent feature but that is one of their future goals. 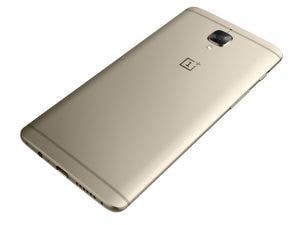 OnePlus has a cutting-edge combination of great build quality and top-of-the-notch specs at a price that bowls away most rivals. This announcement is indicative of their keen interest in improving shipping times and optimising their supply chains.

Do you think OnePlus will be able to keep up with growing demand? Let us know in the comments section below!