As we’re previously read on GizChina, the upcoming dual camera phone Ulefone Gemini will feature a physical home button with a fingerprint scanner but no menu or back capacitive keys beside it. How to navigate into apps then? The answer is pretty simple: software buttons.

In Ulefone’s latest youtube video, we can see that the Gemini will feature on-screen navigation keys, which automatically disappear when watching videos or playing games (duh). In addition to that Ulefone’s OS will allow you to change the function of the keys, say for example you don’t use the recently opened apps functionality, then you can set it to be a menu button instead — no biggie.

If then you don’t really want the navigation bar, you can hide it and use the home button to go back (by slightly tapping it) or go to the home screen. There are also off-screen and air gestures if you are into those. 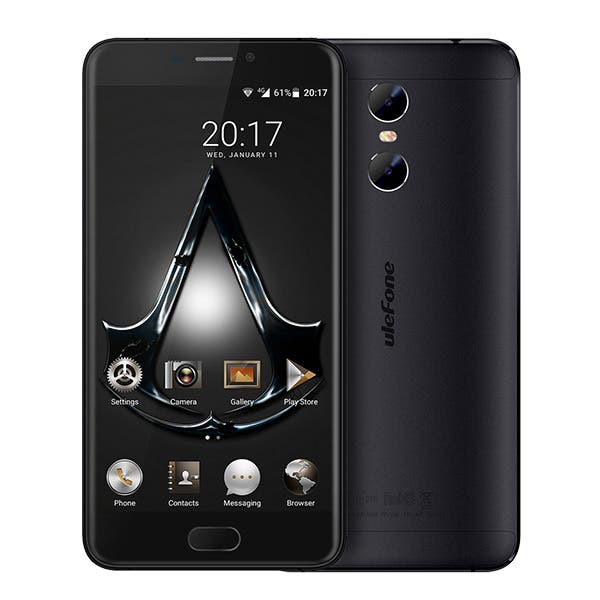 For those who don’t know this phone very well, the Ulefone Gemini sports a dual camera setup, CNC metal body, 5-5inch Full HD display and it’s powered by a MediaTek MT6737T, 3GB of RAM and 32GB of storage. The built-in battery has a capacity of 3250mAh.

The two cameras on the Gemini have a resolution of 13MP for the main one and 5MP for the secondary shooter used to grab depth information.

Ulefone is still running a giveaway over at their official website or you can get a $70 coupon by leaving your email address before the presale goes live. Now go try your luck!

Meanwhile, we’ll test out our review sample over the weekend and hopefully have a first impressions post by early next week!

Previous ZTE Blade A2 Plus Launched: New mid-range alternative for the Indian market?