Well this just arrived guys, and I think it’s quite interesting. The official Motorola.de website has a really strange countdown appearing on its homepage, with no more details whatsoever on what this is really about. 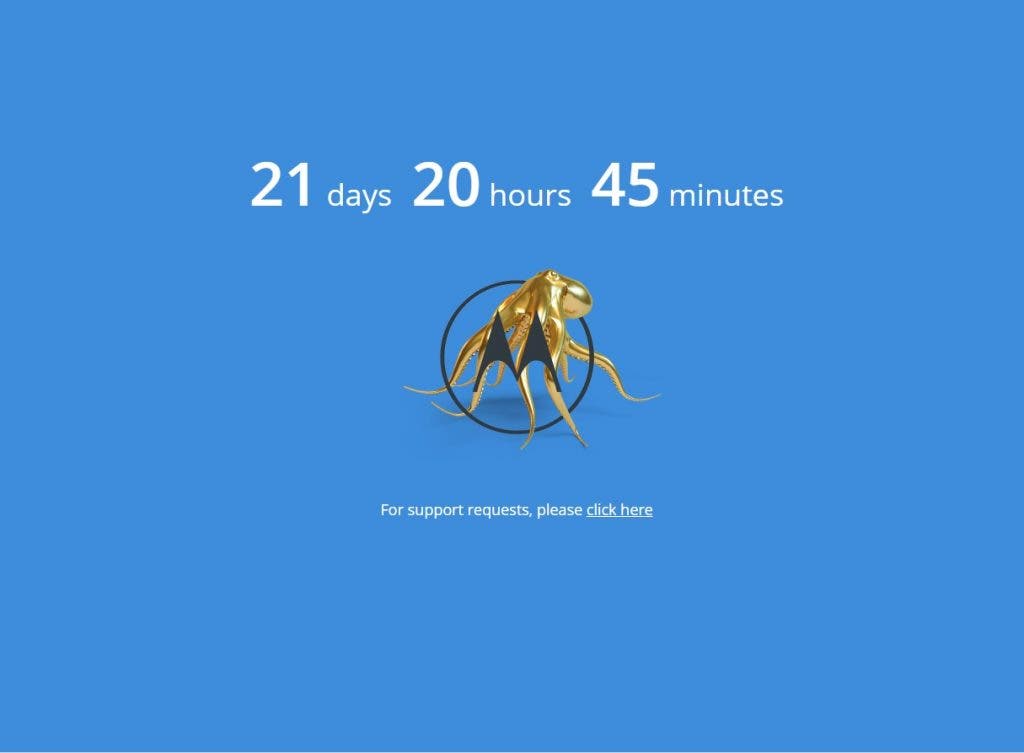 As you can see for yourself, the homepage shows a countdown which is currently sitting at 21 days, and just over 20 hours, accompanied by an image of a golden octopus hanged around the well known Motorola batwing logo. The countdown obviously leads down to the 26th of February, at 16.30 local time when Lenovo (along with Motorola) will probably unveil its new smartphones. From what we know so far, the company plans to unveil the Moto G5 and Moto G5 Plus smartphones, but what we don’t know yet is the reason a golden octopus sits at the homepage of the German website.

Perhaps you have an idea?

Next Another Galaxy Tab S3 render appears, along with new specs