I guess you already know by now that LG plans to unveil two new Android Wear 2.0 smartwatches in cooperation with Google. These two devices have been tested during the previous months and will be soon unveiled if all goes well for LG of course 😉 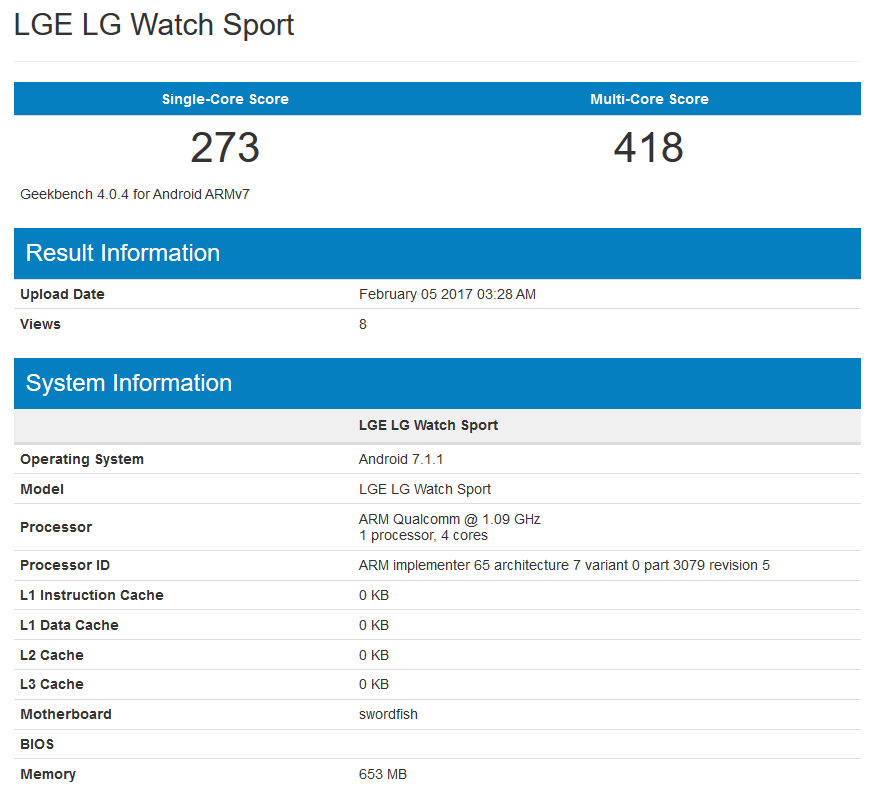 LG Watch Style (comes with IP67 certification) is the most affordable of the pair, rumored to go for sale at 249$ and the LG Watch Sport will be priced 100$ higher at $349, but for a reason: it packs a heart rate monitor, LTE (it will make and take calls without pairing with a smartphone), GPS and NFC, along with IP68 certification.

The latter was recently spotted on Geekbench  powered by an unknown quad-core CPU (clocked at 1.09GHz for the benchmark test). From this test we managed to learn that it will come with 768MB of RAM (more than enough for a smartwatch I guess), a 1.38 inch round display with a 480 x 480 pixel resolution, 4GB of internal storage and a 430mAh battery.

Oh and don’t you mind the Android 7.1.1 listing in the image (since we’re talking about a smartwatch it can easily be translated to Android Wear 2.0).

Next Meizu M5s leaked images appear, ready to be unveiled?