Ever since its launch, OnePlus has garnered a reputation for conducting controversial marketing campaigns. First there was the Smash The Past contest and then the Ladies First campaign which was largely considered unfair and sexist.

The Valentine’s Day special #LickOfLove contest is just one in a series of bizarre promotions which prove that the sky is not the limit when it comes to OnePlus’s publicity campaigns.

The cheesy advertisement on OnePlus’s official website gives you a chance to “hook up with a pair of the world’s most lickable smartphones.” Thank you, OnePlus, for adding a parameter to our list of review criteria – smartphone lickability. The ad wants to prove beyond doubt that the OnePlus 3T is sexy to the core – all four of them.

Thank you, OnePlus, for adding a parameter to our list of review criteria — smartphone lickability.

The contest allows you to win not one but two OnePlus 3T’s and all you have to do is fill in your name, e-mail and date of birth and then proceed to like a YouTube video and tweet on twitter. All of this while two OnePlus 3T’s agree to “go again in half an hour” at the bottom of the page. 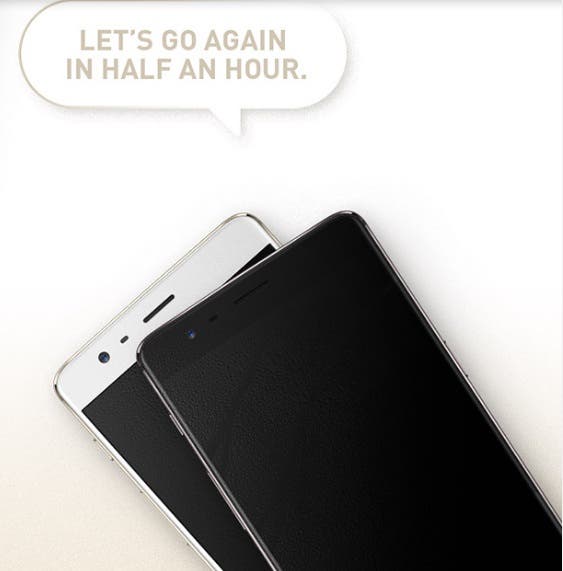 The video itself is rather polarizing and features a host of people talking in sensuous tones before they proceed to demonstrate that actions do, in fact, speak louder than words. We’ll just leave this here…

This video invokes a cringe-fest and intrigues us at the same time. As expected, social media has been practicing doing the splits ever since this promotion campaign went on the air. But we have to hand it to OnePlus – the campaign does focus on the OnePlus 3T’s strong points albeit in an off-beat manner.

A wise man once said that there is no such thing as bad publicity. OnePlus seems to have taken these words to heart.

Oh and by the way, do use a disinfectant before making love to your smartphone, is what we can say.

Next [GIVEAWAY] Win a free 6GB RAM UMi Plus E!