There’s a new mystery Xiaomi phone out there on the loose and it was just spotted at TENAA today. The phone was certified by the Chinese regulatory office and what we get from this procedure is two images and some specifications to begin with. According to some rumors, this could be the Xiaomi Redmi 5 model that the company should begin to unveil in the coming months, or – according to others- it looks a lot like the Redmi 4 smartphone that was launched last year. 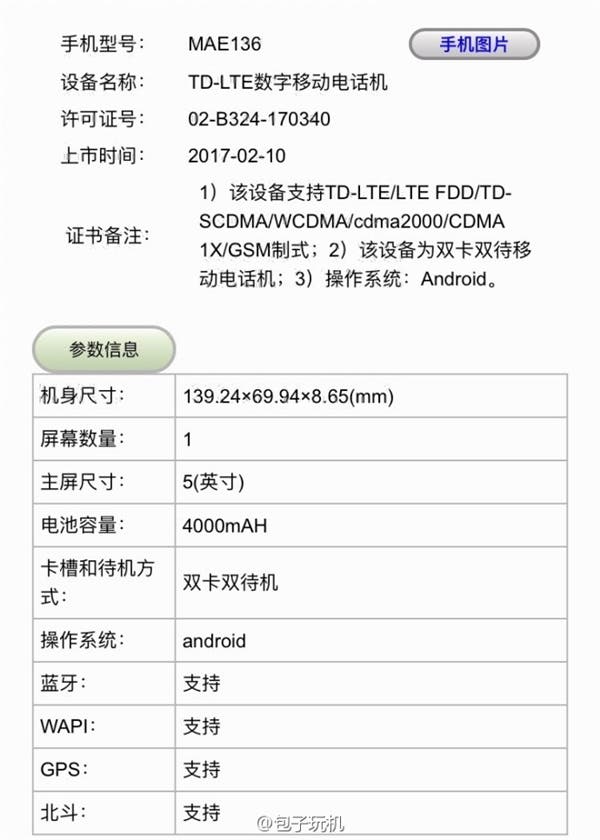 According to the TENAA listing, this mystery device packs a 5 inch display, offers dual-SIM functionality and a 4000 mAh battery, along with metallic body and a rear-mounted fingerprint sensor. It goes under model number MAE136, and its dimensions are 139.24 x 69.94 x 8.65 mm.

We have no more info on this device but we will surely know more about it later on.