With the advent of 3G and 4G cellular networks in Pakistan, the smartphone market in the country has seen tremendous growth in the last 2.5 years. In 2015, smartphone shipments to Pakistan increased by 123 percent according to the International Data Corporation (IDC).

A little late to the market boom, Xiaomi announced the launch of three new smartphones in Pakistan including the entry-level Redmi 4A and Mi Max.

Xiaomi has a knack for grabbing a decent chunk of any market it deems to enter, but Pakistan is a slightly different story.

As of February 2016, only 11 percent of Pakistanis owned smartphones and in a country where internet usage is still very uncommon, this comes as no surprise. Of those 11 percent, Qmobile commands a dominating 50 percent share of the Pakistani smartphone market and brands like Nokia and Samsung make up for most of the remaining numbers.

Xiaomi is no newbie to the international market but it doesn’t take much thinking to see that the battle for market supremacy in Pakistan will be a tough one for them. 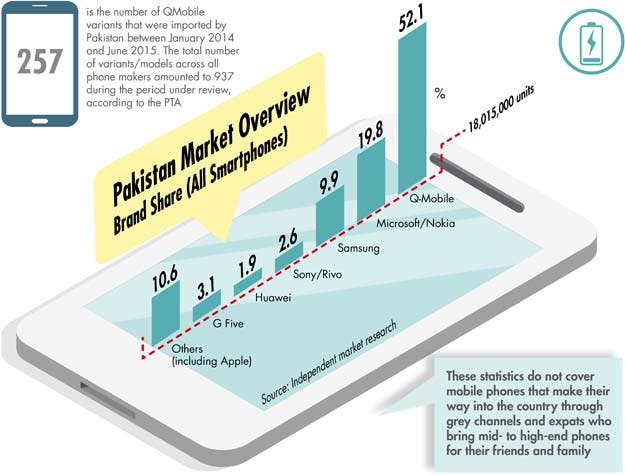 Until recently, Nokia was the market leader in Pakistan, much like it was in the rest of the world before it succumbed to pressures from new and nimble smartphone operating systems. Thereafter, Android smartphones slowly crept up the ladder and began accumulating market share at an accelerating pace. But there was still one more hurdle to cross – smartphone cost.

In most developing nations, internet usage is directly proportional to per capita income. Case in point, Indonesia. With a per capita GDP of over $3,800, Indonesia’s smartphone penetration is nearly 25 percent. In other words, almost a quarter of the country’s population uses smartphones as opposed to 11 percent in Pakistan. 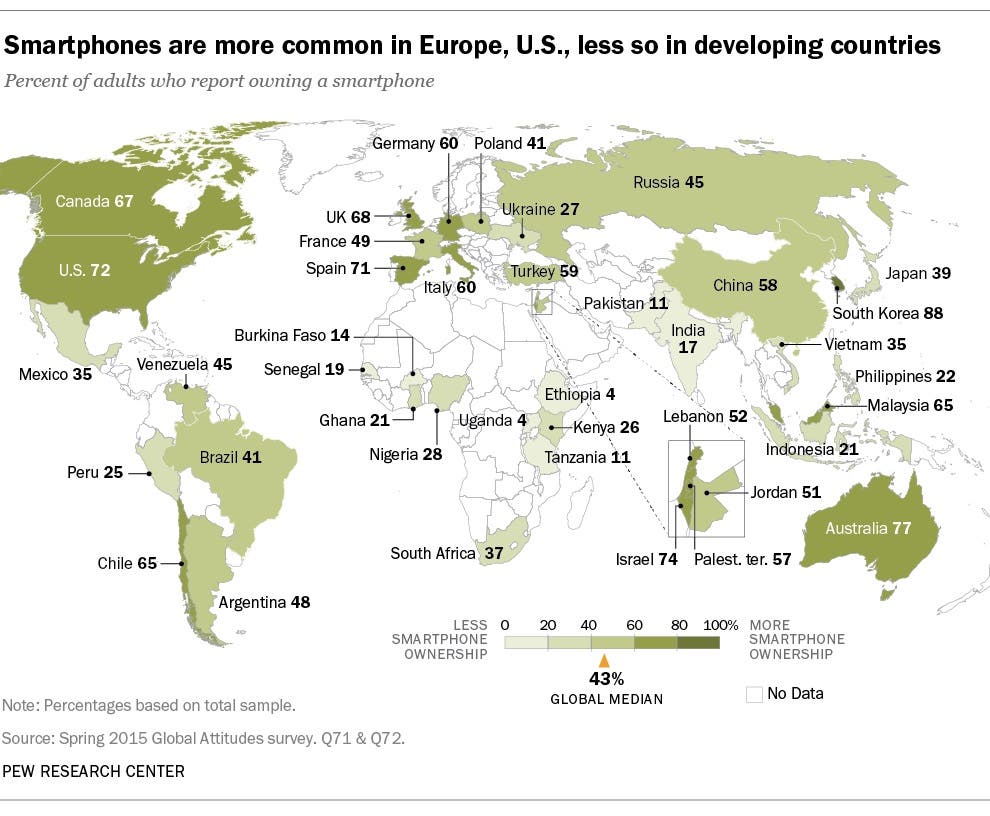 Despite these statistics, Pakistan is one of the fastest growing smartphone markets globally thanks to the increasing reach of 3G and 4G network providers like China Mobile’s Zong. The credit also goes to Chinese smartphone startups that have been able to provide the right mix of quality and cost for an emerging market like Pakistan.

The average selling price for cellphones in Pakistan is $45.

The smartphone penetration slowdown in developed nations like Australia and the United States also accounts for the rocketing growth seen in developing nations. First-world countries have essentially been saturated with smartphones and there simply aren’t any new people left to buy themselves a first smartphone.

As a result, competition is lightening and the focus is shifting to developing countries like Pakistan.

The emergence of several players in Pakistan’s smartphone scene has promoted healthy competition leading to a drop in smartphone prices.

Daraz.pk, one of the leading e-commerce portals in Pakistan saw a 50 percent drop in smartphone prices over two years. A premium smartphone in Pakistan today costs around PKR 30,000, down from PKR 61,000 in 2014. Interestingly, Daraz is the retail partner of choice for Xiaomi in the country.

It remains to be seen how well Xiaomi can tip-toe its way around the Pakistani market before being able to compete with major contenders like Vivo and Huawei. For now, Xiaomi can bask in the afterglow of a successful launch.