Don’t know about you but I am of a certain age, so I consider myself lucky enough to have owned a Nokia 3310 iconic model for almost 2 years. It was -hands down- one of the most trustworthy phones you – probably – never saw in your life, and surely one to remember.

HMD Global made an impressive decision to re-launch the legendary phone today, 17 years after its first announcement and according to recent rumors the most-awaited (by me at least) feature phone will be equipped with a larger color display, with average resolution however, to avoid the effect on its energy consumption. After all the original model could go on for… weeks with a single recharging and the Finnish company will try to stick to this tradition. 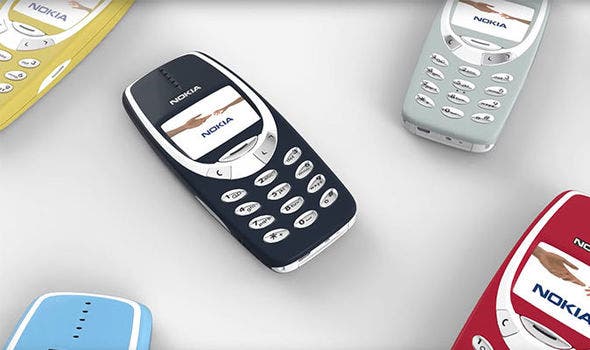 The same rumors insist that the iconic device will retain its main design but it will try to fit in today’s needs, with reduced weight and slimmer looks. It will also remain exactly what it was: a feature phone and it will not run on Android. There are millions of Android smartphones out there if you’re interested in one. The New Nokia 3310 will not be one of them and I guess we’re all happy about it.

Finally the most awaited model will be available in several color options – red, green, yellow and others, in order to be more… attractive towards teenagers. It will still be available however in its original grey/black and blue color and… I guess a lot of Nokia fans in their late 30’s will surely go for this variant.

The Nokia 3310 will be launched in a few days alongside the Nokia 3, Nokia 5,and Nokia 6 in Barcelona. We’ll be ready for it…