Samsung just unveiled the newest member of the Xcover family of phones, dubbed as Galaxy Xcover4. It basically similar in its design with the Xcover3 model that was originally unveiled back in 2015, but still has several improvements that might seem interesting to some of you out there. 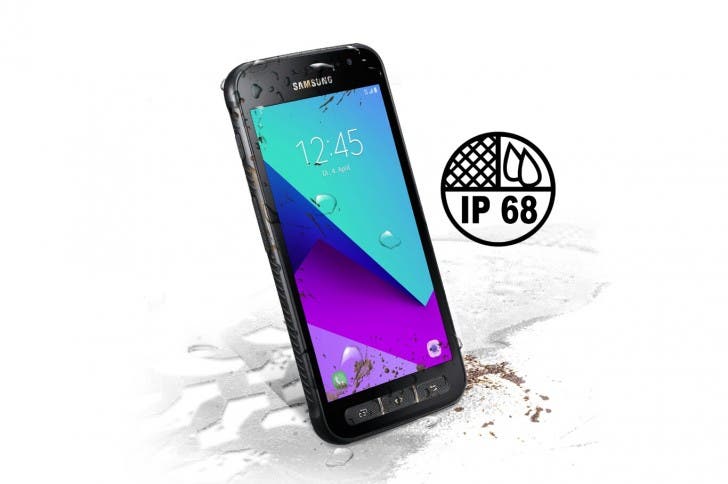 According to the Korean company, the main frame of the model has strengthened and covered in rubberized coating for extended durability, but the device still retains the three physical buttons on the front – which is expected, since this is a device that is expected to survive tough conditions and be usable in any scenario, regardless of mud, water, or any protective gear, possibly in the way.

The Galaxy Xcover4 is IP68 certified obviously and is in accordance with the MIL-STD 810G. This means that it has been tested to endure extreme temperature conditions, vibrations, exposure to solar radiation and many other similar tortures.

On its other specs, the Korean model packs a 4.99 inch HD display, it runs on an Exynos 7570 SoC and comes with 2GB of RAM and 16GB of expandable storage. Its main camera has a 13MPixels sensor and the selfie camera just above the display offers 5MPixels of resolution. The device is powered by a small 2800 mAh battery but thankfully its weight is just 172 gr.

It will be priced at 259 Euros and it is expected to be available in Europe by April.