Xiaomi’s MIUI ROM is a rather fast-moving project that often gets a lot of new features added. This time around, we have the screen recording feature coming to MIUI. 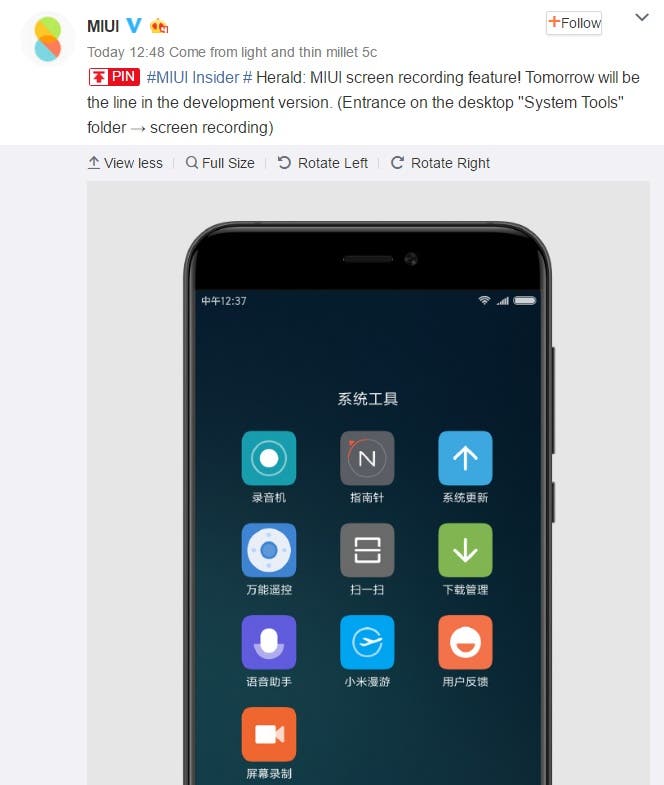 Up until now, you either had to rely on badly-coded apps that slowed down your phone or have your phone rooted in order to record your screen. Xiaomi will allow its users (and perhaps other phones running MIUI ROM) to have the feature without the aforementioned troubles.

However, there’s a bit of a catch here. ‘Regular’ users of MIUI will have to wait longer in order to get the screen recording feature. Developers will gain access to the feature starting tomorrow, and once OKed by the devs, users should soon expect to have screen recording.

Once live, users will be able to add their voiceovers, beside being able to customise the resolution, frame rate and the overall video quality.

Previous Xiaomi Walkie-Talkie launched at $36, has impressive stand by time