For over a year I have a pleasure to use Meizu smartphones as my daily devices. In January Meizu was so nice to send me their last year’s flagship model – Meizu Pro 6 Plus, which was presented in December. Before this phone I’ve been using Meizu Pro 6, but after one month of using Plus version I must say, that December’s device is true 2016’s flagship Meizu phone.

Phone is packed in box which is typical for Meizu Pro devices. Black, plastic, square box which looks very elegant. Shining model name which is placed on the top everything looks llike premium device box. At the bottom there is a sticker with basic information about the device – model, color, memory and supported frequencies. Mine version was ment to be sold in China, so description is written in Chinese. But if you buy phone from international distribution, everything will be in English.

Inside of the box we have Meizu Pro 6 Plus device, charger (in my case it is charger with US connection), USB-C cable, SIM slot key, instruction and warranty card (Chinese / English, depending on where you order it). I miss some earphones there, as Meizu advertise this model as having great Hi-Fi chip inside.

As I said at the begining, this model is true Meizu flagship for 2016. And as every flagship, producer took care to build quality and made Pro 6 Plus looking as real premium device.

If we will look at the design, we won’t see much difference comparing to previous Pro series devices. In the front panel of the device we can find white notification LED, speaker, selfie camera and light and proximity sensors. Below them there is 5.7-inch Super AMOLED display with 2K resolution (2560 x 1440 px, 518PPI). I must say, that the displayed image quality is more than great. Additionally it supports 3D Touch (Force Touch) feature, but only for system and some Chinese apps. At the bottom of fron panel (as usual in Meizu products) there is physical Home button which is back button, fingerpring scanner and heart rate monitor in one. Unfortunately hear rate monitor is not working now (it isn’t implemented in firmware yet).

On the sides, as usual, we will find SIM card slot (left), power and volume buttons (right). On the bottom there is 3.5mm audio input, USB-C 3.1 input, microphone and a speaker. On the top there is additional microphone, that reduces outside noises during calls.

What about back side? It looks like every other Meizu device. We have here antenna lines on the top and bottom of back. There is also main camera and 10 LEDs below it (the same we could see in Pro 6 model). Camera is a very interesting element in this device because Meizu decided to add 4-axis OIS in it. More about it in Camera part.

Specification of Meizu Pro 6 Plus

Meizu Pro 6 Plus in daily usage

I received this device straight from Meizu, so unfortunately it came with chinese OS installed (English and many chinese apps). Using it wasn’t a problem, but some features were working terrible – GPS wasn’t able to catch satelites (google maps navigation didn’t work). There was also a problem with some apps notifications, but this is an old Flyme OS problem. Fortunately, few days ago Meizu released open Flyme OS 6 global beta, so I “moved” to it as fast as possible. Since that moment using Meizu Pro 6 Plus became much more better. 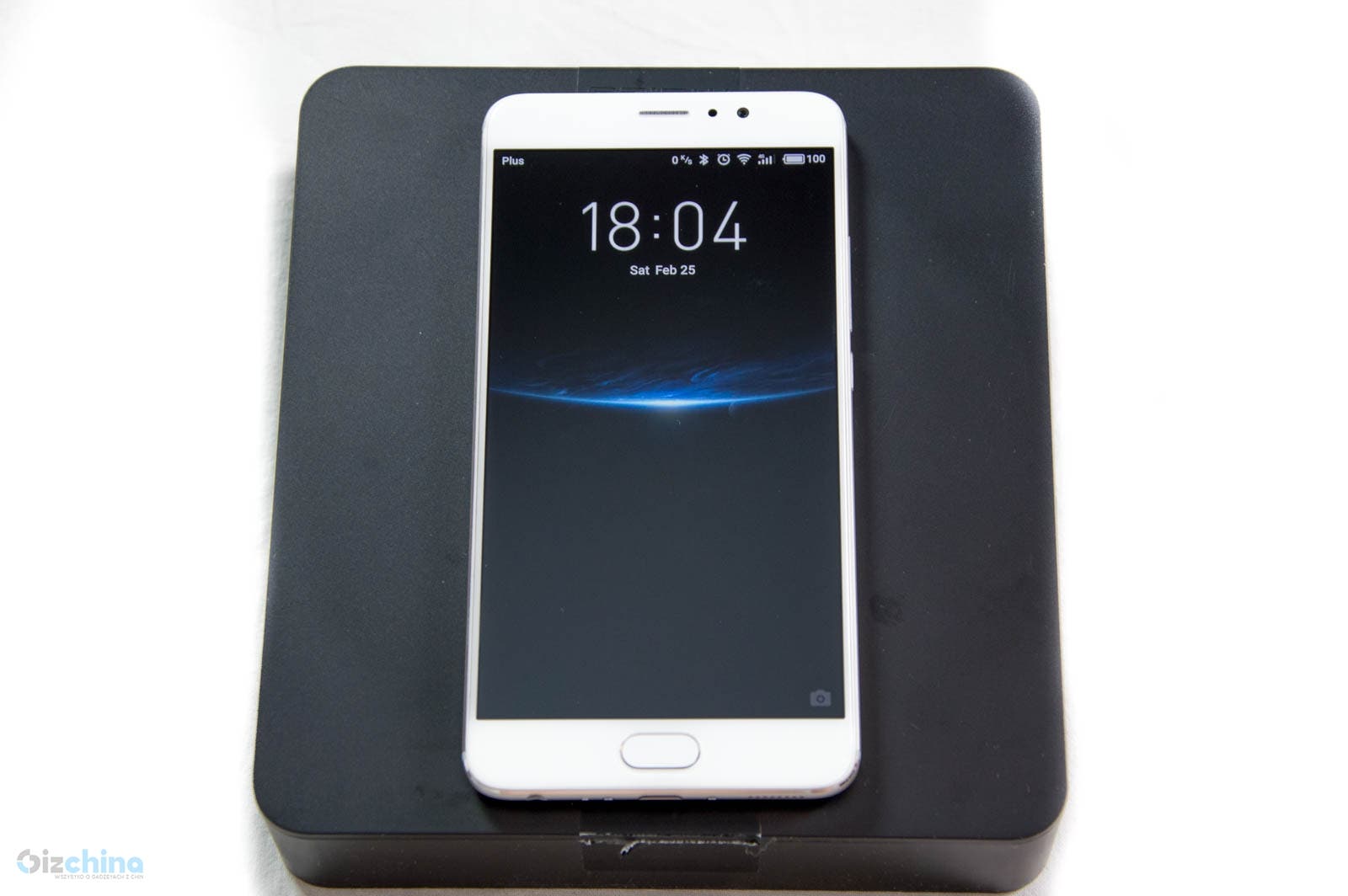 Phone works perfectly. I didn’t notice any problems like freezes or lags. Calling, Internet browsing, messaging or listening to music is pure pleasure. Thanks to huge amount of free space I can download a few of my favourite Spotify playlists and listen to music, which sounds great in this device. I am not real audiophile, so I can’t tell you more about technical part of music playing. For me it’s great.

Of course I tested also games. Clash Royale (I play it for some time, it doesn’t require great specification) works perfectly – loads fast, there aren’t any lags, phone doesn’t get hot. During the test of Need For Speed No Limits I also didn’t notice any problems. But during this game the phone get a bit warmer (with a silicon case on it).

Connectivity? Works very good. LTE connection in most of the time. Unfortunately Meizu devices (at the moment) doesn’t support VoLTE calling, which is requested very much but a lot of users. GPS started working really fast and navigation works perfectly (very high accuracy), after I updated the device to the Global firmware.

And what about benchmarks… In AnTuTu unfortunately (or not) it loses with most of last year’s flagship. When I write this review, the best result it has is about 112k points, which gives it 24th place (mine version was on 25th place). But I think it’s because there isn’t 128GB version available, where CPU and GPU has better clocks. 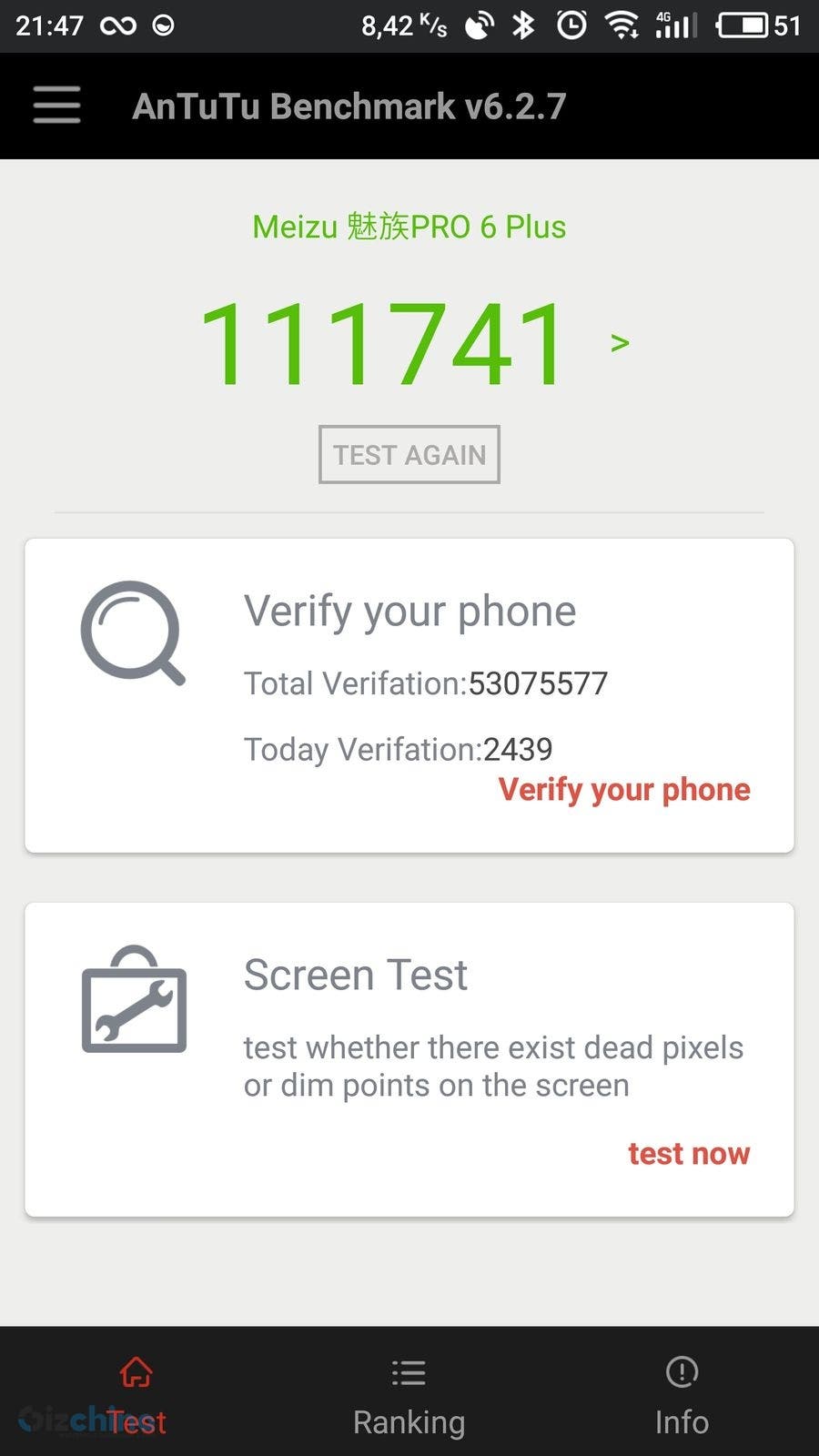 Meizu Pro 6 Plus has a big battery. Comparing to basic Pro 6 model it is 1000 mAh bigger, so it has capacity of 3400 mAh. During a normal (not too intensive) usage of the phone, battery is more than enough for whole day. However if we use the device more intensive (playing games, video watching, mobile data enabled, localization services, etc…) then at the end of the day we can feel the lack of power. Fortunately Pro 6 Plus supports mCharge fast charging, which allows to charge it to full battery in about one hour.

And now there is time for (in my opinion) the best thing in this phone (next to normal SoC). This is the first Pro series device with 4-axis optical image stabilization (we have Pro 6s also, but it is for Chinese market only). The main camera is 12MP, f/2.0 with Sony IMX386 sensor. Below it we have 10-LED light circle, that will give us bright light to make better pictures when lighting is worse. Unfortunately, we can’t take pictures with RAW extension, but I hope that Meizu developers will add this feature in the future (many users demand it for some time already). 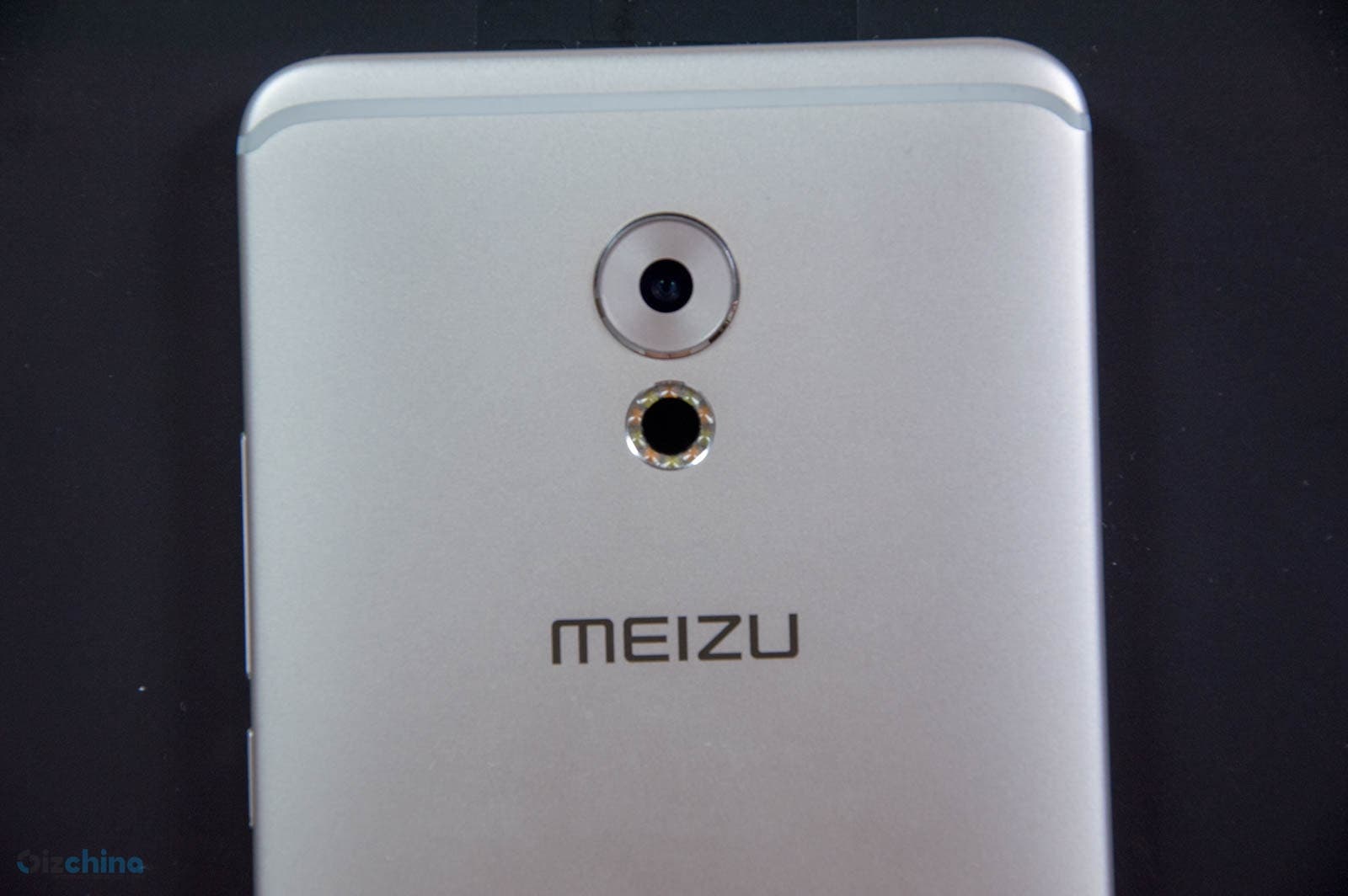 For the lovers of selfie pictures there is 5MP, f/2.0 front camera. I must say, that image quality in it is also good.

Below you can find some pictures done with Meizu Pro 6 Plus camera:

Test has been done with Meizu Pro 6 Plus 4/64GB version, silver color. If you have any additional questions about this phone, feel free to ask them in comments – I will try to answer them 🙂

Next Samsung Gear VR gets its own Facebook 360 app